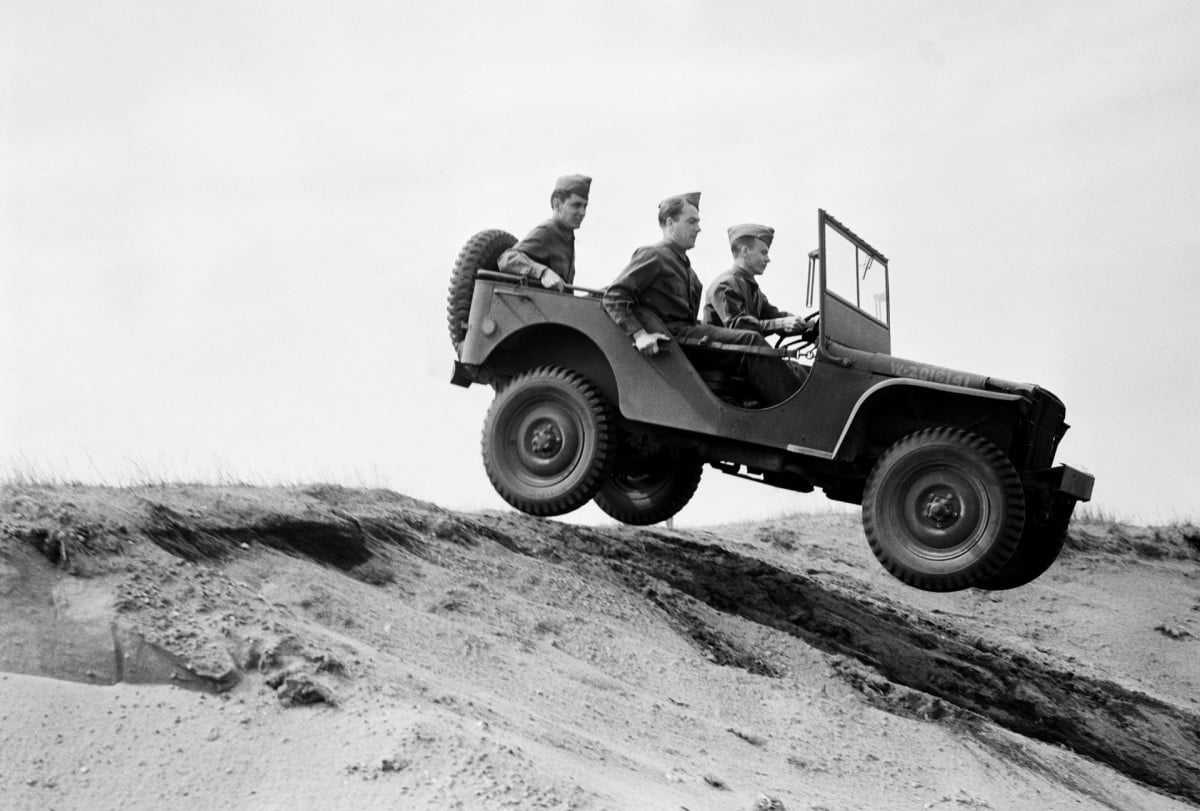 It’s not easy to forget the horrors of wars, especially world wars. They had a lasting impact and reshaped the course of history and humanity alike. Not only that, they also did have and continue to have a profound impact on the automotive industry.

In fact, most manufacturers like Rolls-Royce, Ford, BMW, and Citroen started off in these times, manufacturing machines for the war effort. Owing to the tremendous resource requirement during the world wars, technological innovation was given precedence, especially during the 1930s and 1940s.

There was a requirement for reliable transportation to help the military transport goods and troops through rough terrain. And manufacturers like Land Rover and Jeep were at the forefront during World War II. So, a lot of these techs and innovations eventually trickled down to the civilian car market after the war ended. Let’s take a look at the evolution of cars during this era.

Although cars were reserved for use on the tarmac initially, the call to arms meant that manufacturers had to adapt the whole system to tackle broken and non-existent roads to transport troops. This led to the development of off-road oriented performance suspension and rugged off-road capable machines. And during the time of WW2, compact off-road vehicles played a prominent part, most notably the Jeep.

Also, to protect the troops from harm, manufacturers also focused on car safety in this era. As a result, the chassis structure and cage were reinforced to protect the cars against impact. Features like the safety ring were also invented in this era and it is still being used today.

While it did bring destruction, wars are also responsible for kick-starting several car companies. Most of the companies shifted their focus from the war effort to automotive design, most notably Rolls-Royce, BMW, and Citroen. BMW started producing cars after getting banned from producing aircraft. Similarly, Citroen also retooled its factories to produce cars after the war.

For example, Rolls-Royce used to focus its efforts on building aircraft engines that offer optimum performance while still being lightweight. The power-to-weight ratio was important, and many of these manufacturers came up with crucial aviation technologies that helped the war effort. Naturally, after the wars, a lot of these technologies trickled down to cars, making them more efficient and powerful. Liquid cooling was also developed during this time to dissipate heat quickly and keep the engines at optimum temperature. Coolant tech was also improved with glycol replacing water to improve heat transfer.

Taking a step back, it’s evident that the wars had a major impact on the car market, especially on the technological front. As a result, cars aimed at civilians became more efficient, powerful, and a lot safer. Mass production was also implemented successfully.

Impact of the Ukraine-Russian conflict in recent times

Moving away from World Wars and how the car industry developed in its infancy, let’s take a look at how the most recent Russian-Ukraine conflict and the pandemic had an impact on the market. The market was already at a downturn owing to the Covid pandemic causing supply chain disruptions, factory shutdowns, and chip shortages.

In the current market, a lot of buyers are finding it hard to get their hands on new vehicles. Even if you find the right car, negotiations are also harder, as dealers have plenty of buyers lined up to buy new cars. As expected, owing to their high demand, cars have become an investment rather than a depreciating asset. Automakers and dealers are also making record profits, selling off all their stock without any discounts.

On the flip side, if you’re planning on trading in your old car, now might be the best time to do it. Trade-in values of trucks and crossovers are higher than ever, and you might get a better deal even without discounts. Even older vehicles with more than 100,000 miles on the odometer are fetching record-high prices (around 31% more according to Edmunds). Owing to the sudden surge in the used car market, dealers like Carvana have reported a 28% rise in car sales compared to last year.

Several resources used for manufacturing cars are imported from Ukraine and Russia. Most notably, they account for 70% of the world’s neon gas supply. It is one of the two critical components used in the manufacture of semiconductor chips.

Ukraine also houses factories that produce wiring and due to war, disruptions in the supply chain have led to a slowdown. On a similar front, Russia is responsible for supplying 40% of the world’s palladium, another critical component required for producing semiconductor chips and components like the catalytic converter.

Russia has also become a major source for nickel production, both of which hit record high prices in recent times owing to economic sanctions imposed on the country and limited availability elsewhere. And the loss of this could slow down the whole car industry by a considerable margin.

SOURCEAutotrader.com
ATTENTION READERS
Due to the nature of independent content, VT cannot guarantee content validity.
We ask you to Read Our Content Policy so a clear comprehension of VT's independent non-censored media is understood and given its proper place in the world of news, opinion and media.