Home Health & Wellness French General pays Tribute to the AntiVax: “They seem Normal, but They are... 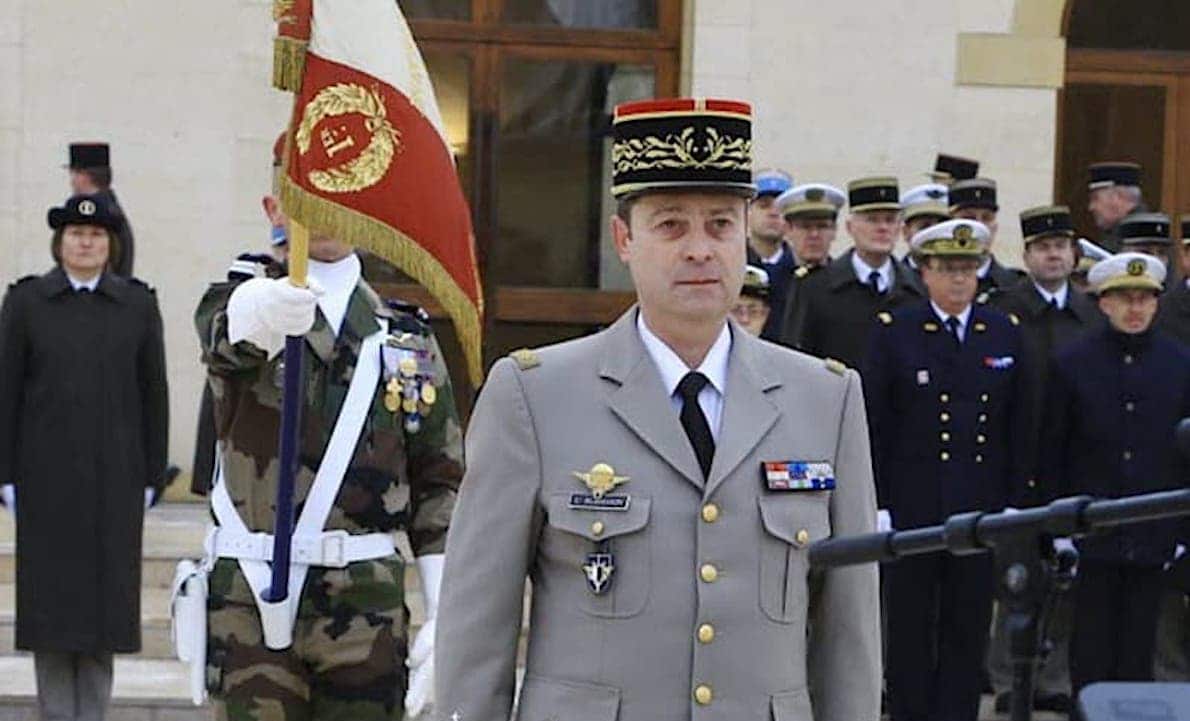 We relaunch the text with which Christian Blanchon (in the cover photo), general of the French army, wished to pay homage to those who have resisted the enormous pressures of compulsory vaccination.

In the last two days, the formidable message to the unvaccinated by the French army general Christian Blanchon (published on 10 September last in Medias Presse, link below) has also been circulating on our social networks.

After more than two years of contempt, insults and threats to the so-called “thoroughbreds”, these words are the best tribute that can be paid to them.

Below in the translation of Sabino Paciolla’s Blog. Links to Gospa News articles have been added afterwards.

They are there, by your side, they seem normal, but they are superheroes.

Even if I were fully vaccinated, I would admire the unvaccinated for standing up to the greatest pressure I have ever seen, including from spouses, parents, children, friends, colleagues and doctors.

Italian Biologist NO VAX Killed by a Very Lethal and Suspect Covid. After Contacts with Prosecutors on Therapies Ignored by Govt

People who have been capable of such personality, such courage and such critical ability undoubtedly embody the best of humanity.*

They are found everywhere, in all ages, levels of education, countries and opinions.

They are of a particular kind; these are the soldiers that any army of light wishes to have in its ranks.

They are the parents that every child wishes to have and the children that every parent dreams of having.

They are beings above the average of their societies, they are the essence of the peoples who have built all cultures and conquered horizons.

They are there, by your side, they seem normal, but they are superheroes.

They did what others could not do, they were the tree that withstood the hurricane of insults, discrimination and social exclusion.

Excluded from their families’ Christmas tables, they have never seen anything so cruel. They lost their jobs, they let their careers sink, they had no more money… but they didn’t care. They suffered immeasurable discrimination, denunciations, betrayals and humiliations… but they continued.

Never before in humanity has there been such a casting, we now know who the resisters are on planet Earth.

Women, men, old, young, rich, poor, of all races and all religions, the unvaccinated, the chosen ones of the invisible ark, the only ones who managed to resist when everything fell apart. collapsed.

It’s you, you passed an unimaginable test that many of the toughest marines, commandos, green berets, astronauts and geniuses couldn’t pass.

You are made of the stuff of the greatest that ever lived, those heroes born among ordinary men who shine in the dark.”

General Christian Blanchon, 58, born in Paris, attended the military school of Saint-Cyr and taught at the Compiègne staff school before commanding the first parachute regiment in Toulouse. He has participated in external operations in Lebanon, Chad, Central Africa and Kosovo. He is close to the political movement Le Patriotes, chaired by Florian Philippot.

Criminal FDA and CDC Ignore Law and Approve New COVID Vaccine Boosters with ZERO Testing on Humans: On Mice Only