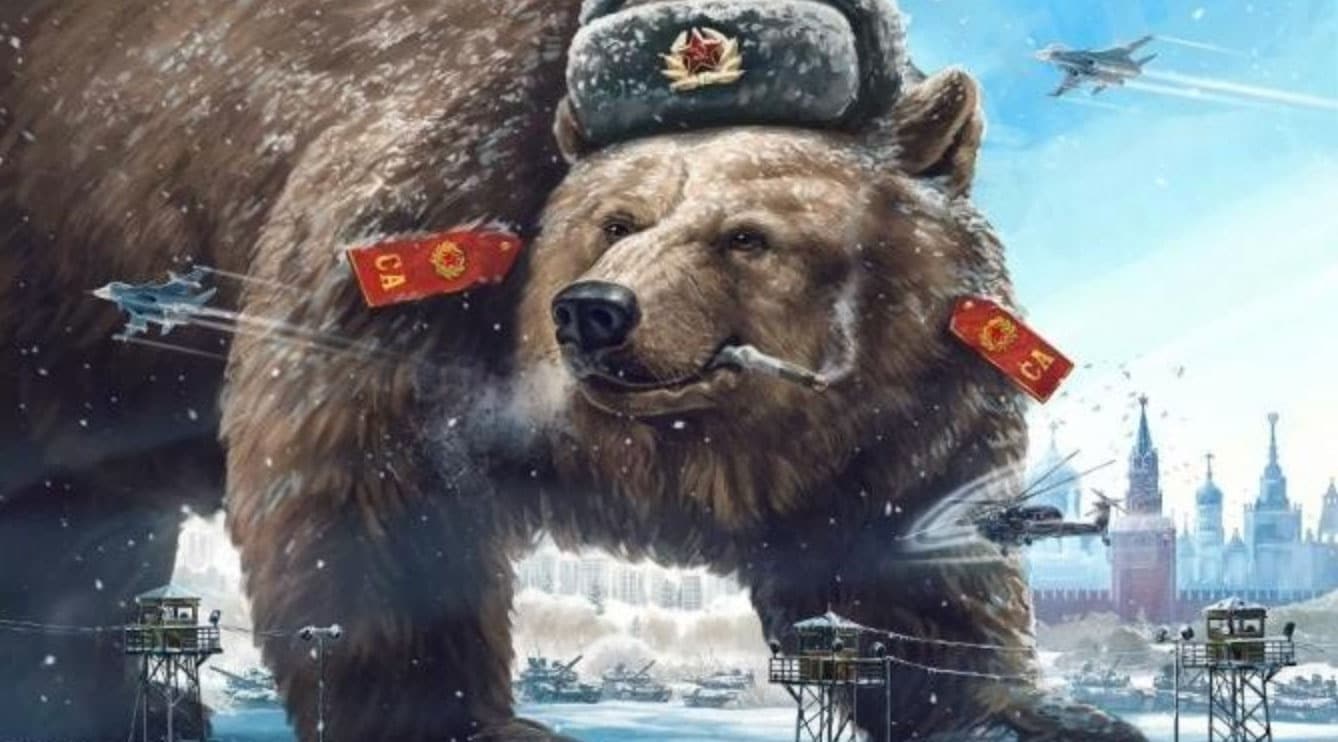 After 5 weeks I’ve finally received a reply (of sorts) to a letter to my MP which began:

“Have I missed something, or is our Government investing £billions of our money in a belligerent campaign against the world’s largest country — and in the process putting us all in harm’s way — without even a vote in Parliament?”

I say a reply “of sorts” because it ducks the questions and just regurgitates the Foreign Office’s proforma propaganda. It comes from Graham Stuart, who was Minister of State for Europe when he signed it on 5 September. He’s now something else – climate supremo, I believe – under new prime minister Liz Truss. Let’s hope he makes a better job of that.

Mr. Stuart begins badly: “Russia’s assault on Ukraine is an unprovoked, premeditated, and barbaric attack against a sovereign democratic state. The UK and our international partners stand united in condemning the Russian Government’s reprehensible actions, which are an egregious violation of international law and the UN Charter.

“It’s clear the Russian government was never serious about engaging in diplomacy and was focussed only on deceit and furthering their territorial ambitions. Ukraine has suffered horrific attacks and innocent people have lost their lives. It is a war crime indiscriminately to attack civilians, and Russia’s crimes in Ukraine will not go unnoticed or unpunished….”

I’d already sketched out my understanding of the lead-up to Russia’s intervention, from the West’s promise to Gorbachev not to expand NATO eastwards, the American-backed overthrow of Ukraine’s President Yanukovych, America’s training of Ukrainian militias since 2014, and the failure to implement Minsk 1 and 2, to the civil war and oppression of Ukraine’s Russian-speaking communities, and the fact that Ukraine was by 2020 fully onboard with NATO (though not actually a member) and posing a threat on Russia’s border.

I particularly asked if my somewhat simplistic understanding of the back story to this conflict was hopelessly wrong and, if so, what the background truly was.

I also asked why people in Britain (or anywhere else for that matter) should contribute to an endless war that would see our cost of living skyrocket. And why should we do NATO’s reckless bidding knowing we’ll go hungry and freeze this winter as a result? Why, why, why should we suffer roaring inflation and economic ruin just so the ‘warmongering tendency’ within the British Government can pick a quarrel with the Russian Bear knowing that we’re over-dependent on it for energy, food, and many other essentials?

Besides, Britain is already in debt to the tune of £2.4 trillion. The mega-spend on Ukraine comes out of our reserves. No one minds supporting the Ukrainian people in the humanitarian sense but why are we funding the country’s crazed leadership only to prolong the misery and ensure their entire country is devastated?

The consequential energy and cost of living crises mean that our Government must spend (or rather borrow) another £100-200 billion to help ensure households’ and businesses’ survival. Is all this just an elaborate exercise to create another bonanza for the West’s military-industrial complex? War is such a wonderfully profitable racket in their world. 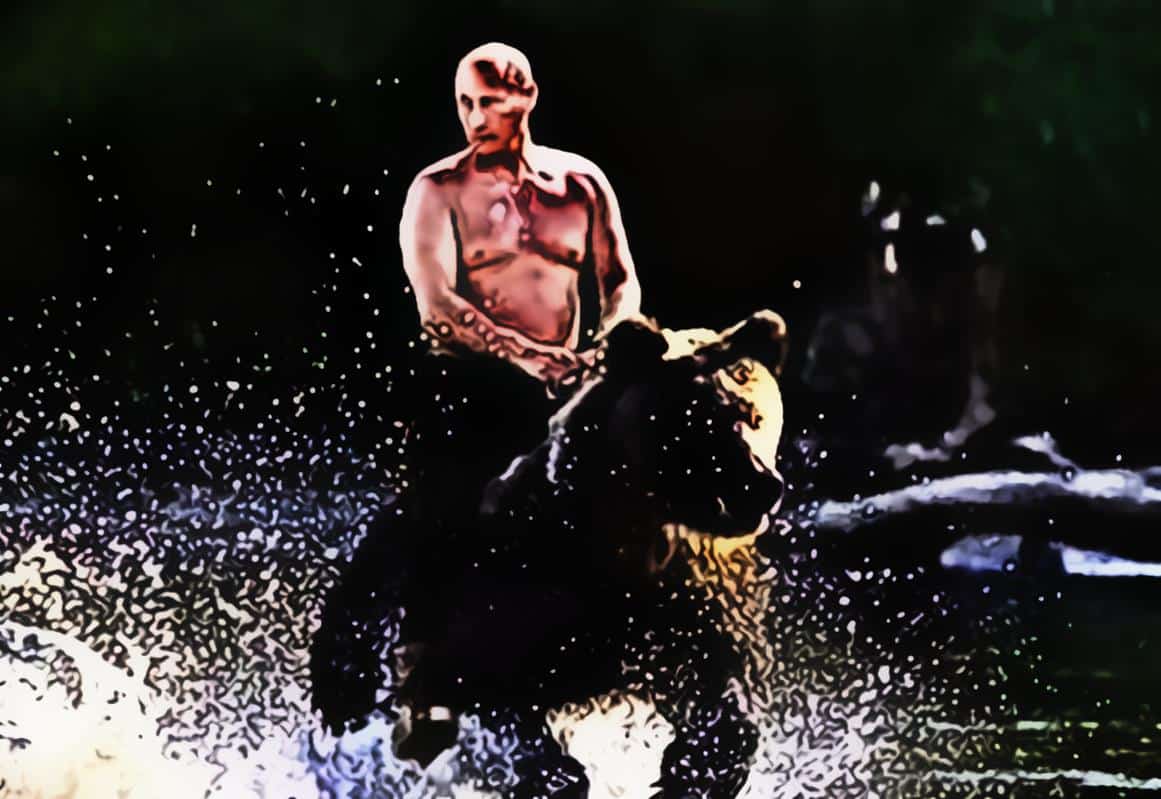 And why would anyone in their right mind pledge to help rebuild Ukraine at a cost of $750 billion when we’re struggling with our own economic disasters?

‘The UK and the international community stand against naked aggression and for freedom’, don’t they?

Mr. Stuart addresses none of these questions I put to my MP and instead spouts stale and unsubstantiated assertions. For example,

• “It is a war crime indiscriminately to attack civilians, and Russia’s crimes in Ukraine will not go unnoticed or unpunished.”

But we’ve been rewarding Israel’s war crimes for 74 years, so why get so excited about Russia’s?

• “We will continue to work together to make sure that Russia cannot further undermine European stability.”

And here’s me thinking that the US and NATO had for decades been undermining the Russian Federation’s stability.

• “The UK and the international community stand against this naked aggression, and for freedom, democracy, and the sovereignty of nations around the world.”

Except of course when it doesn’t suit them, as in the case of Palestine.

It seems UK government ministers are victims of their own dark propaganda.

“I don’t remember an insistence that anyone condemn Tony Blair or George W. Bush for the invasion of Iraq in 2003 before they could be heard or taken seriously. Or that they denounce the US-backed overthrow of Libyan leader Muammar Gaddafi that plunged that country into murderous chaos.

Or that they deplore the West’s material support for Saudi Arabia’s slaughter of Yemen’s population, including Britain’s sale of planes, bombs, and training to Riyadh. Or that they criticize the West’s backing of head-chopping jihadists in Syria (who coincidentally now appear to be drifting into Ukraine to become our allies again). Or that they decry decades of Western support for Israel as it has disappeared the Palestinian people.” 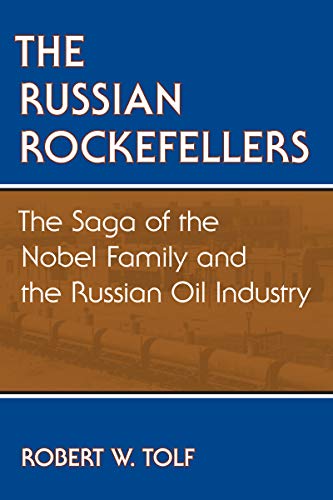 Meanwhile consider this from Silencing the Lambs, a thorough mauling of our corrupted and unfit-for-purpose Western media by award-winning journalist and film-maker John Pilger, who suggests that propaganda succeeds by being accepted by the “submissive void” of the public:

“The news from the war in Ukraine is mostly not news, but a one-sided litany of jingoism, distortion, omission. I have reported a number of wars and have never known such blanket propaganda.

“In February, Russia invaded Ukraine as a response to almost eight years of killing and criminal destruction in the Russian-speaking region of Donbass on their border.

“In 2014, the United States had sponsored a coup in Kiev that got rid of Ukraine’s democratically elected, Russian-friendly president and installed a successor whom the Americans made clear was their man.

“In recent years, American ‘defender’ missiles have been installed in eastern Europe, Poland, Slovenia, and the Czech Republic, almost certainly aimed at Russia, accompanied by false assurances all the way back to James Baker’s ‘promise’ to Soviet leader Mikhail Gorbachev in February 1990 that NATO would never expand beyond Germany.

“Ukraine is the frontline. NATO has effectively reached the very borderland through which Hitler’s army stormed in 1941, leaving more than 23 million dead in the Soviet Union.

“Last December, Russia proposed a far-reaching security plan for Europe. This was dismissed, derided, or suppressed in the Western media. Who read its step-by-step proposals? On February 24, President Volodymyr Zelensky threatened to develop nuclear weapons unless America armed and protected Ukraine…….”

I’d rather believe the experienced and highly regarded Mr. Pilger than the minister who went to Cambridge and failed his degree. Besides, doesn’t the tone and content of that letter just reek of propaganda swill specially prepared for the “submissive void”?