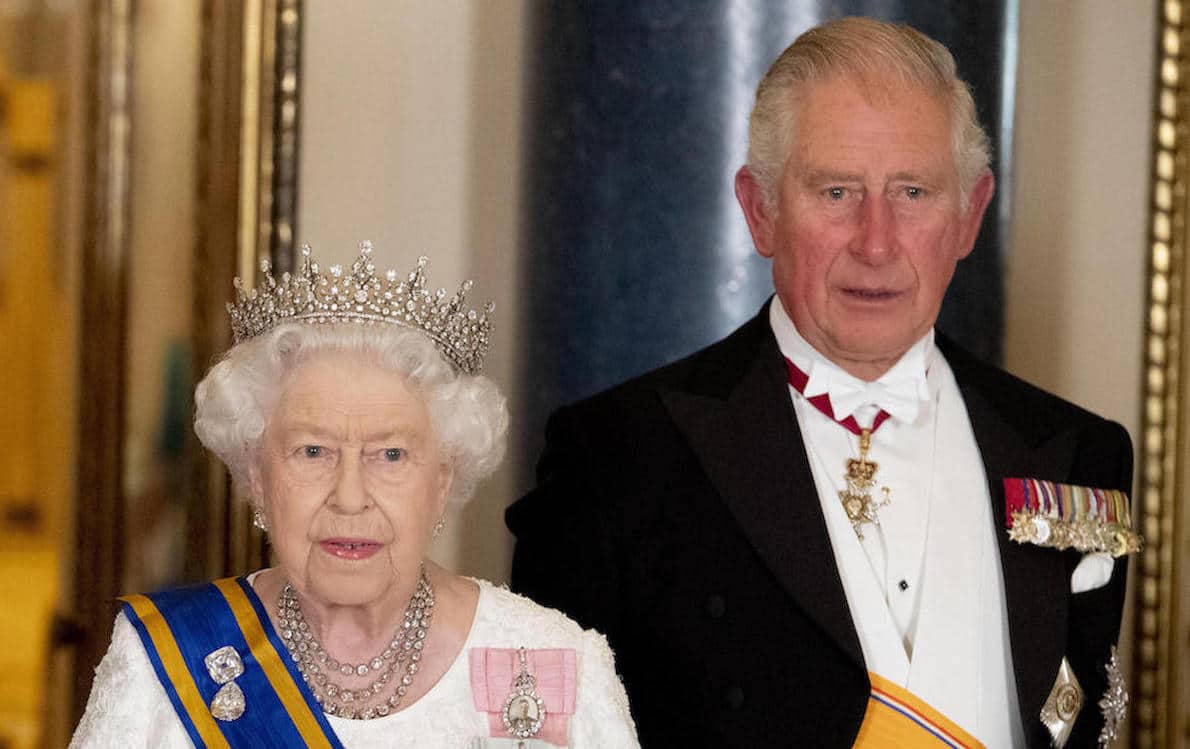 Queen Elizabeth II, the UK’s longest-serving monarch, has died at Balmoral Castle on yesterday afternoon (CET hour), September, 8, aged 96, after reigning for 70 years. Charles will be the new King of United Kingdom and will be known as King Charles III.

The new sovereign has already assumed full powers of monarch at the time of his mother’s death. Charles’s proclamation as King of England will take place tomorrow, Saturday 10 September, at St James’s Palace in London.

The new monarch will be honored before a ceremonial body known as the Accession Council, a body made up of members of the Privy Council (a group of senior parliamentarians, past and present, senior public officials, from the Commonwealth and the Lord Mayor of London). Only in the next few weeks, after the mother’s funeral, there will be the sumptuous coronation ceremony by the Archbishop of Westminister with the participation of world authorities.

The date of the funeral of Queen Elizabeth II, on the other hand, which will be held in Westminster Abbey, has not yet been announced but according to the protocol it will be September 18 or 19, or ten days after her death: more likely it will be Sunday 18, a public holiday, or Monday 19. After the and four days before her funeral, Elizabeth’s body will be exposed to the public. The funeral parlor will be set up in Westminster Hall, the medieval hall in the Palace of Westminster.

We cannot help but quickly notice, reserving for a subsequent historical investigation in the future, how the Queen has been in perfect harmony with the New World Order supported by the Big Pharma of vaccines and the Weapons Lobbythat, especially in the United Kingdom, have been able to proliferate thanks to the British imperialistic vocation.

Here are some simple examples that lead us not to genuflect to the institutional role of Elizabeth II who protected every mistake of her son Charles to allow him to ascend the throne as King and thus carry on the dangerous Great Reset project together with the World Economic Forum.

THE PROPAGANDA OF ELIZABETH II ABOUT VACCINES AND COVID INFECTION

“Elizabeth II, 95 years old in April, once again gives an example to her subjects and takes the field in favor of anti Covid vaccines: she does it with her with a rare public message saying she understands that there are those who can hesitate; but she openly encourages her people to get immunized because, she admonishes, is obliged to “think of others before oneself” “wrote the ANSA Italian press agency on February 26, 2021.

“Once you’ve had a vaccine you have a feeling of you know, you’re protected which I think is very important and as far as I could make out it was quite harmless,” the queen said in a video call with health officials overseeing inoculations across the four nations of the United Kingdom, according to Reuters.

“It was very quick, and I’ve had lots of letters from people who have been very surprised by how easy it was to get the vaccine. And the jab – it didn’t hurt at all,” she added, likening the virus to a plague.

The queen made her PRO-VAX propaganda just as her 99-year-old husband Philip was hospitalized for an infection that the mainstream media took care to define as not connected with Covid, given that the hospitalized and his wife were both vaccinated.

Philip, Duke of Edinburgh, died on April 9, 2021, two months and a day before his 100th birthday from heart complications which, once again, official versions did not correlate with the virus or Covid vaccines, known to cause severe inflammation of the heart, especially in the younger ones.

By a strange coincidence, just one year after her promotion of anti-Covid vaccines, believed to be related to multiple deaths in the United Kingdom as ascertained EVEN in court, the Queen of England contracted Covid despite the booster vaccine.

“A horrible infection” that leaves those affected “very tired and exhausted”. So Queen Elizabeth, on 11 April 2022, a few days before she was 96 years old, had leaked her experience of the disease, from which she had come out with symptoms of a mild flu, talking to a former patient during a video call with the operators of Royal London Hospital on the occasion of the official opening of the Queen Elizabeth Unit, a department with 155 beds to cope with an increase in people affected by Covid-19 with respiratory problems.

One of her last public appearances was participation in an armed forces loyalty parade in the gardens of the Palace of Holyroodhouse, Edinburgh, on June 28, 2022. On August 31, she announced that she would stay at Balmoral Castle, also in Scotland, where her bedside was set up before her death on September, 8.

QUEEN-PUPPET OF THE NEW WORLD ORDER

Since July 2018, when Gospa News began its publications, we have no memory of other such politically demanding and resolute interventions by the Queen of England, who can also be called the sovereign of the New World Order.

The ascension of his ancestors to the throne was in fact favored by English Freemasonry which in the eighteenth century began its revolutionary plots against Catholic monarchies throughout Europe, starting with the financing of the Expedition of the Thousand for the construction of a precarious Unity of Italy against the Borbonic Kingdom of the Two Sicilies and above all the the Paontifical State.

We have published multiple investigations on the Anglo-Saxon Big Pharma’s Cartel of vaccines, which refer to Bill Gates, in the same way as the Weapons Lobby and, therefore, we are not moved to too much compassion for a monarch who has silently observed the unchallenged progress of the New World Order, 4.0 evolution of British Imperialism, as if it were a simple extra or supporting actress.

She was even unable to pay attention to the striking statements by former British MI 6 counterintelligence director Richard Dearlove who repeatedly referred to the SARS-Cov-2 visus as a laboratory-built bacteriological weapon.

Nobody at Buckingham Palace paid attention to this alarm, perhaps because they were well aware that many dangerous coronavirus experiments had also been conducted in the UK thanks to funding from the Gates Foundation and DARPA, the US Pentagon’s military agency.

The former head of Her Majesty’s 007 was ignored although he had played a key role in the investigation into the mysterious death of Princess Lady Diana, the subject of a probable attack for her gradual estrangement from Prince Charles, restored to his role as heir to the throne by Elizabeth II herself despite the numerous court scandals with the then lover Camilla, now queen consort.

THE GREAT RESET PROJECT WANTED BY THE NEXT KING CHARLES III

“We have a unique but rapidly shrinking window of opportunity to learn lessons and reset ourselves on a more sustainable path,” British Prince Charles said at the World Economic Forum meeting in June 2020 as reported by Reuters news agency.

He said that the pandemic, which due to lockdowns and restrictions has meant less industrial activity and travel, had showed people that dramatic change was possible.

“We have a golden opportunity to seize something good from this crisis. Its unprecedented shockwaves may well make people more receptive to big visions of change,” he added.

His speech was part of a launch event for “The Great Reset”, a project involving the WEF and the Prince of Wales’s Sustainable Markets Initiative, aimed at rebuilding the economic and social system to be more sustainable.

Instead, here is the current plan of British Prime Minister Liz Truss appointed in recent days by the Queen.

“The important thing now is to give all possible support to Ukraine: military, training and weapons to drive out the Russians and put Kiev in the best position to negotiate. If Ukraine does not win the war, the consequences will be extremely severe for the rest of Europe. In any case, all forces must always prepare for any eventuality “he declared in a long interview with the Italian newspaper Repubblica in which he confirms the more belligerent intentions of his government than ever.

The new PM she claimed so, despite the fact that the United Kingdom, through its embassy and MI6 secret services, was one of the architects of the 2014 coup in Kiev which gave rise to the civil war in Donbass and the subsequent military operation of Russia against the pro-Nazi regime of Volodymyr Zelensky.

“But the greater our efforts for Ukraine today, the sooner Kiev wins. With the Western allies there is absolute convergence on support for Ukraine and sanctions on Russia, which are working: Moscow’s economy has gone back 15 years, there has been a financial default, the G7 represents 50% of the World GDP, ” he added, speaking in a very different way by the Mayor of London, alarmed by the risk that the energy crisis and the war in Ukraine could deprive the British of basic needs.

The Great Reset served. Queen Elizabeth has done her duty for the New World Order all the way!

Rest in peace. If she will succeed…

WUHAN-GATES – 54. Too Many Secrets on Manmade SARS between Chinese Biolab & Daszak’s NGO of NY funded by Gates. NIH stops the Grant

Covid Tests in Italy-EU managed by a Partner of the Vaccines’ Big Pharma: Cerba French company in AstraZeneca’s Ong