Home Military What is the Most Used Weapon in the US Army? 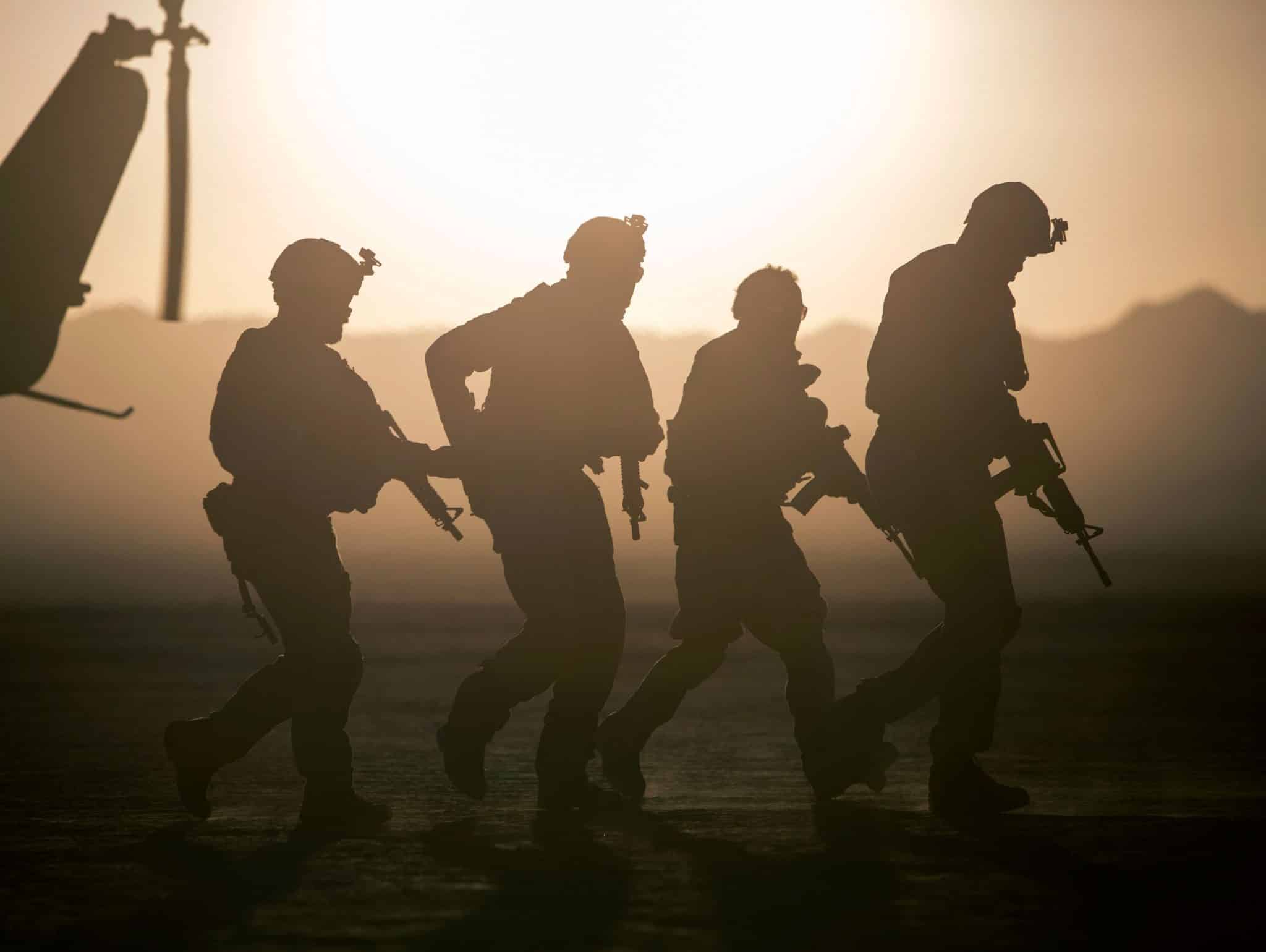 Check Out the Most Used Weapon in the US Army

The U.S. Army is a genuinely worldwide military force. America’s dominant land force is active simultaneously on numerous continents, arid deserts, and tropical jungles, including vast cities. The weapon used by its foot soldiers has roots in Vietnam but has undergone steady development to become what it is today.

The M4 carbine is the basic infantry gun for the Army and all of America’s conventional forces because it is tough, straightforward, and accurate. Over the course of more than two decades, the military has employed the M4 carbine in various battles. If you are interested in guns, don’t forget to find a gun safe for sale to keep your collection secure.

Facts About the M4 Carbine

The origins of the M4 can be traced back to the early 1960s and the Vietnam War. The Pentagon sought to substitute the bigger standard-issue M14 with a smaller, lighter service rifle because it was planning to send thousands of soldiers to South Vietnam. The redesigned AR-15, also known as the Armalite Rifle-15, was more compact and lighter and only fired 5.56-millimeter bullets. A soldier could take double as much ammo with the AR-15 (which was ultimately developed into the M16) as with the M14.

The M16 was easier to educate soldiers to master since it had less recoil. Additionally, demographic changes meant that an increasing number of soldiers were arriving from urban areas and were unfamiliar with weapons. Once deployed in significant quantities, the M16 rapidly began to generate criticism despite prior military success.

Numerous jams on the battlefield were triggered by a last-minute modification to the propelling powder and the false notion that the weapon never required cleaning. But even though the issues were eventually resolved and the M16A1 was deployed in 1967, the gun had a reputation for being unreliable.

The A1 was superseded by the M16A2, which had a more robust barrel and 3-burst capacity, in the middle of the 1980s. 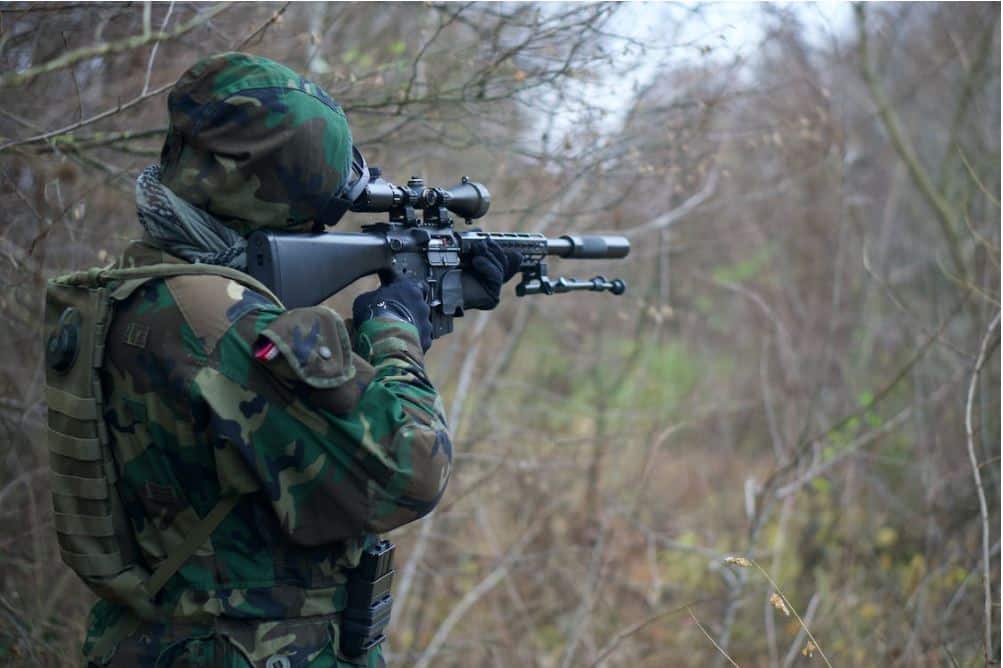 The Army bought a few M4 carbines towards the beginning of the 1990s. Instead of the M16A2’s larger twenty-inch barrel, the M4 had a smaller 14.5-inch barrel with a foldable stock. Because of this, the weapon was more convenient to carry in confined locations, including armored cars and helicopters. It was also faster to use in close-quarters combat situations like cities or jungles. Muzzle velocity with accuracy slightly diminished as a result of the barrel being cut shorter, but this was thought to be a fair tradeoff.

Even though the reliability and maintainability issues with the M4 have considerably improved over time, they are still occasionally observed. In reality, soldiers who served in Afghanistan’s sandy areas just a few years ago told journalists that they had experienced no significant problems with their weapons during several conflicts. In comparison to 1990, when the M4 could only shoot about 600 rounds continuously, the M4A1 can now fire over 2,000 rounds continuously. 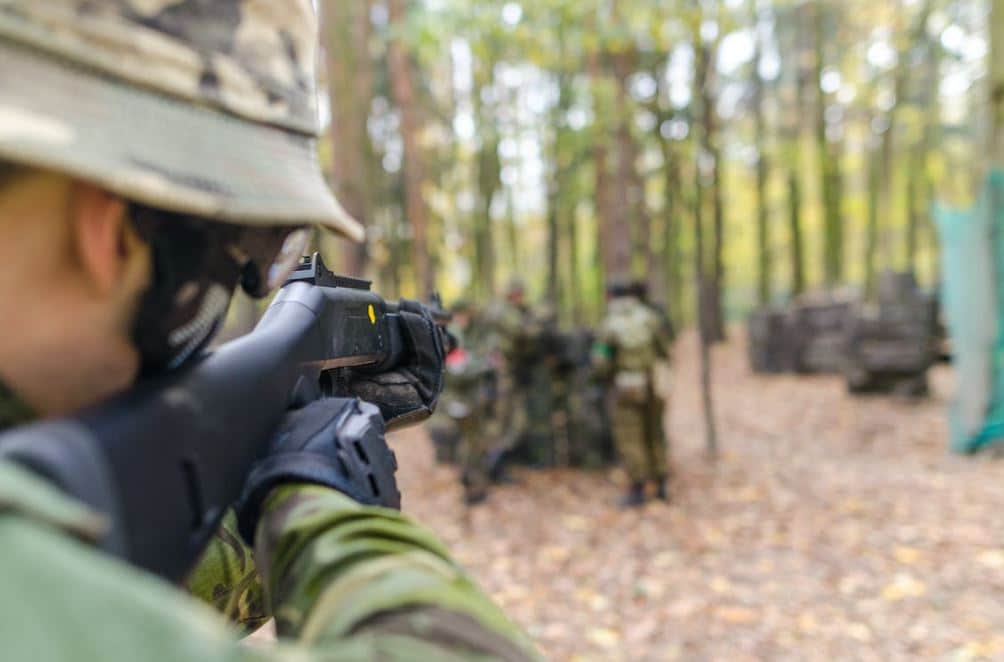 The US Armed Forces must be prepared to battle in various types of terrain and climates; thus, no rifle is a perfect match for them. FN Herstal and Colt make the air-cooled, gas-powered, magazine-fed M4 carbine. Even the stock is foldable, and it is shot from the shoulder. This weapon’s smaller barrel with a detachable carrying handle makes it simple for soldiers to use and carry. The M4’s primary aspect is its usability because it is more portable and practical than a full-length assault rifle.

In comparison to the full-size M16, the rifle’s ballistic performance is unaffected by the longer barrel (6 inches). At distances of 300 yards and more, this becomes quite clear. However, from a statistical perspective, most small-arm encounters take place within 100 yards. The majority of troops, notably contemporary special operations personnel, can use the M4 carbine effectively in counterterrorism.

The M4 family of carbines is still in service with the American Army today. Despite the Army’s organizational interest in deploying a new, higher lethal caliber and assault weapon, it is virtually at a standstill, making the likelihood of a new gun worth the expense of replacement low. M4s are still used by Marine combat support and support battalions. Eugene Stoner’s weapon is still used on American battlefields more than 50 years later.

The M4 carbine isn’t likely to be replaced anytime soon, even though a new weapon will be available in mid-2022.

SOURCEM4 Carbine
ATTENTION READERS
Due to the nature of independent content, VT cannot guarantee content validity.
We ask you to Read Our Content Policy so a clear comprehension of VT's independent non-censored media is understood and given its proper place in the world of news, opinion and media.