EDITORS NOTE: Dear Israeli art students and Dancing Israelis, If you have not figured it out by now, yes we know who you are, what you did, who your handlers were, and the key people who did this, well…read on.

Mass murder is a pretty serious crime. The cork on 9-11 has held well but starting to wiggle now. You should, too. There is quite a surveillance record on you folks, including Mohammed Atta coming to visit you on a number of occasions.

The dead have lots of friends, not only those on 9-11 but those that followed in country after country, including the Iranian nuclear scientists you murdered and never put a shred of nuclear weapons program evidence on the table during the nuke talks.

We are combing through all the residents at the time of the three jammer buildings below, and have already named the complex “Israel on the Hudson”. Give our regards to all the JINSA folks. Yes…we know about that, too. Gordon will fill you in below… Jim W. Dean

“Down the Yellow Brick Road Once Again”

by Gordon Duff and Jeff Smith, republished from The VT Archives

Fort Lee, New Jersey played a key role in 9/11. We are mapping out, using Google Earth, some of the incidents involved in presenting a rational response to the cover-up, both the government version and the amateur “aftermarket” B-grade version. If you haven’t watched the entire video, please do that now.

All major roadways in and out of New York were to be destroyed on 9/11. It was these teams, brought in from Israel that included the Mohammed Atta group, confirmed as directly tied to both the CIA and Egyptian intelligence, that were under surveillance by a combined task force that coordinated with local law enforcement.

So, when thousands of pounds of explosives were placed inside the cable anchorage, teams were dispatched to disable these devices as soon as the attack at the World Trade Center began.

Simultaneous to the cutting of the cables, a massive truck bomb, as described in CBS and CNN news reports and police radio intercepts, was to explode (as heard, police reported this truck did explode), taking down the roadway supports, thus dropping the bridge “like a rock,” into the Hudson River.

Both the Holland and Lincoln Tunnels were to be demolished. We have only one arrest confirmation from the Manhattan side. NYPD roadblocks at the Lincoln Tunnel chased down a van that did a quick turn-around to avoid arrest.

Two suspects were arrested with weapons and a truck filled with explosives. Police commissioner Bernie Kerik, recently released from prison, was on the scene with his personal Counter Terrorism Squad to take custody. They were never seen since.

Fort Lee is the real staging ground for 9/11. It was chosen for a good reason. News reports from 9/11 have been eliminated from archives, and lists of terrorists caught then released at the orders of New York City and White House officials and flown out of the country are gone. Police who made the arrests, recorded above, are under a gag order.

Moreover, a vast support network involved in the preparation, planning, and support of the 9/11 attacks, including the many unsuccessful attacks, not only are enjoying their freedom, some are among the most powerful Americans. As stated, 9/11 begins in Fort Lee, New Jersey.

The “condo and co-op” community there is the home of one of the largest and most politically powerful “Israeli first” groups in America including key members of the notorious organization, JINSA, the Jewish Institute for National Security Affairs, reputed to be more influential than PNAC (Project for a New American Century) and far more militant.

An examination of JINSA shows it to be organized in cells like a terror group.

Is it a surprise that the George Washington Bridge, Fort Lee’s primary landmark and the “view” sought by the residents of the highrises chosen for planting the radio jammers, was scheduled for a dramatic demolition on 9/11 with hundreds of commuter vehicles slated for the bottom of the Hudson River? Since the 1930s, Fort Lee has been a “mob town,” with the beginnings of “Murder Inc” and the Albert Anastasia gang, and Joe Adonis. It all began when New York Mayor LaGuardia threw the mob out of New York. The new George Washington Bridge provided a home for the mob in Fort Lee with gambling clubs lining the Palisades on both sides of the GW Bridge.

The fall of communism saw Russian/Ukranian organized crime come to New Jersey, settling in Fort Lee (see Appendix I). The Taiwanchik-Trincher group is an amalgamation of Israeli/Ukrainian/Cypriot gangs operating illegal gambling operations throughout the United States with ties to the Romney/Bain financial group. From an indictment in Manhattan federal court:

“The Taiwanchik-Trincher Organization (the “Organization”) was a criminal enterprise with strong ties to Russia and Ukraine. The enterprise operated a high-stakes, illegal sports gambling business out of New York City that catered primarily to Russian oligarchs living in Ukraine and Russia. Between 2006 and April 2012, the enterprise laundered approximately $100 million in proceeds from their gambling operation in Russia and Ukraine through shell companies and bank accounts in Cyprus; and of this $100 million, approximately $50 million was subsequently sent from Cyprus into the United States. Once the money had been transferred to the United States, it was either laundered through additional shell companies or invested in legitimate investments, such as hedge funds and real estate.

The Taiwanchik-Trincher Organization operated under the protection of Alimzhan Tokhtakhounov, who is known as a “Vor,” a term translated as “Thief-in-Law,” which refers to a member of a select group of high-level criminals from the former Soviet Union. Tokhtakhounov is also under indictment in the Southern District of New York for his alleged involvement in bribing officials at the 2002 Winter Olympics held in Salt Lake City, Utah. Tokhtakhounov is a fugitive and is still being sought.”

In place local assets, some with direct connections to the Ukranian “Kosher Mafia” or

The “dancer/art student” groups had a variety of tasks on 9/11, among them:

Of the 3 jammers locations shown below, two of those planted were recovered by the FCC and are held in evidence in Houston, Texas awaiting the “waiting until hell freezes over” Grand Jury to reconvene on Able Danger and 9/11.

Many remember the stories about how fire department radios didn’t work and how new radios would have taken care of the problem. This is the real reason for radio problems.

The locations on this map were supplied by Jeff Smith who worked at the surveillance safe house and at the FBI office shown above. The safe house on Tom Hunter road was strategically placed to keep track of the Mossad “art student” rental further up Tom Hunter Road and across the street.

Mohammed Atta lived at 215 Main, four blocks over, within easy walking distance of the Israeli facility, the jammer targets, and the bridge. He was across the parking lot from the Port Authority (220 Bruce Reynolds Road) which was within a “golf shot” of the FBI investigation offices.

The real purpose of the 9/11 attack was much more than taking down the World Trade Center. Imagine New York City, the WTC “evaporated,” the George Washington Bridge sitting in the Hudson, the Lincoln and Holland Tunnels flooded, hundreds drowned and the city entirely cut off and in full panic mode while police and fire radios were jammed.

Were other attacks on Washington foiled as well? The White House or Capitol Building targets?

Could martial law have been declared? Worse?

In the end, we got the Department of Homeland Security.  This reminds me of the Len Deighton book, SSGB, a fictional tale of Britain’s Scotland Yard, working for the German SS after Hitler’s successful invasion of the UK. We got the DHS after losing a war with AIPAC. You just can’t make this stuff up! 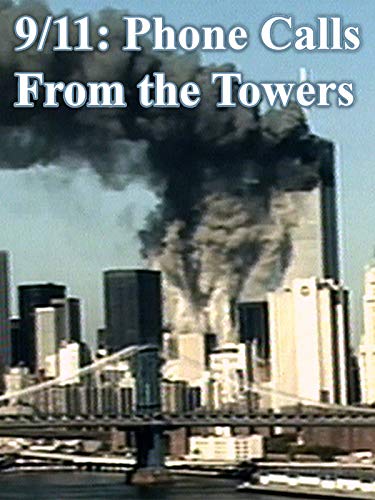 VT requests that the officers who arrested the Israeli “suspects” with the “thousands of pounds of explosives” (CNN) or who were captured “as the van exploded” come forward.

We also ask that all the witnesses of the 2nd plane that was allowed to fly out of the US that day come forward, to confirm that it carried the “exiting” Israeli team, including the above-mentioned ones who were caught. We know who authorized the plane to leave, a key aspect of the operation, including the NY City law enforcement officials the performed some magic tricks that day.

Note: We will continue pulling our full 9-11 update series together for posting on each new article so readers have them in the chronology they were published. It’s been one hell of a ride…Jim W.Dean 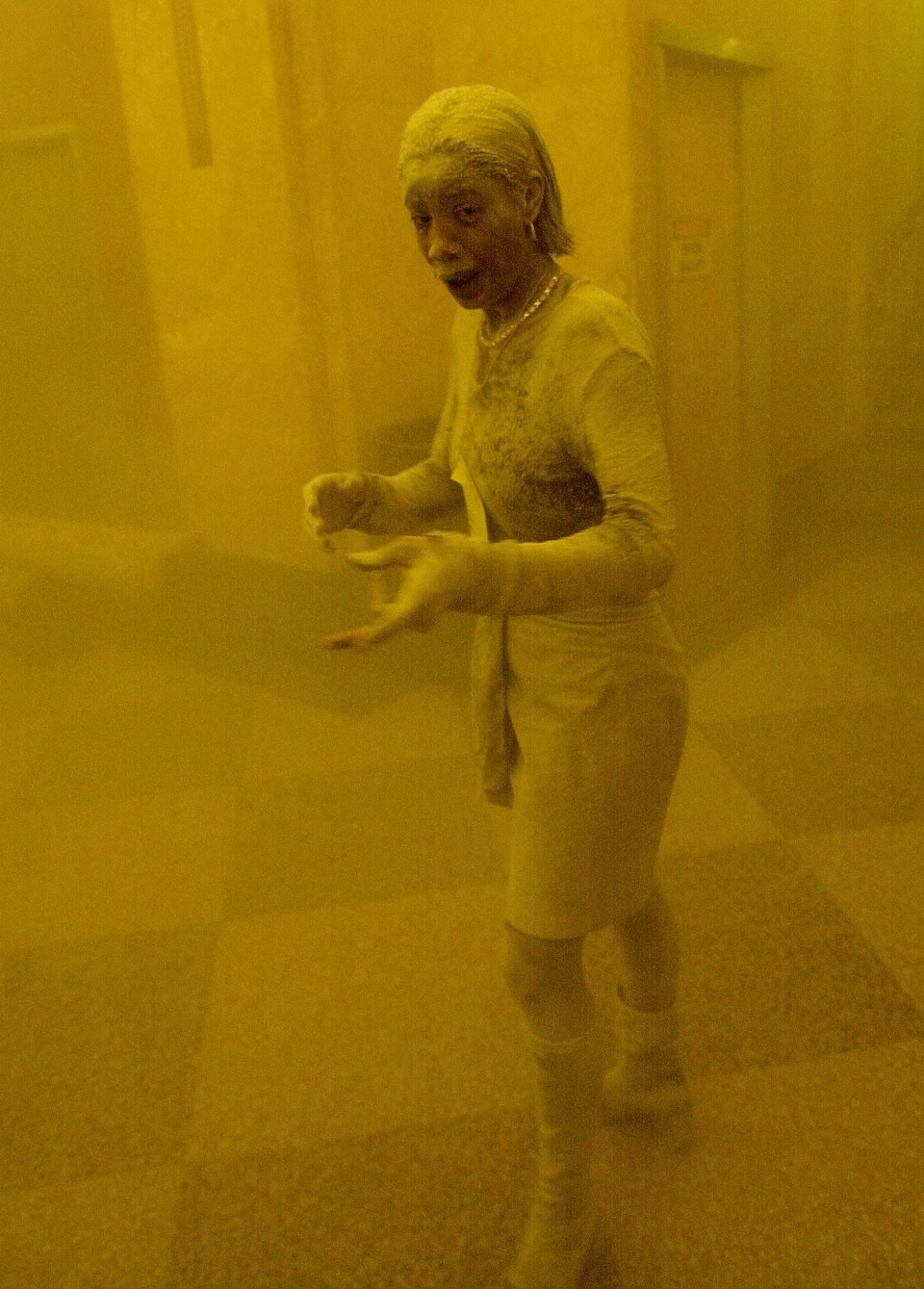 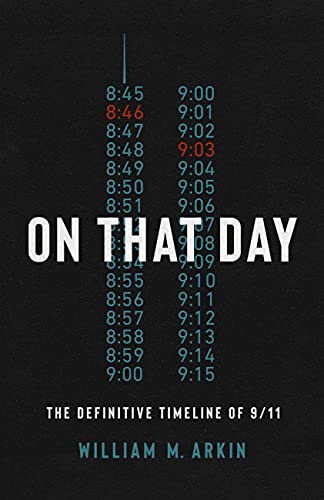 “Twenty-eight defendants, in this case, have pled guilty and two have entered into deferred prosecution agreements. The defendants who have pled to date have agreed to forfeit, in total, more than $68 million. The following defendants have pled guilty, and have been sentenced or await sentencing:

Mr. Bharara praised the investigative work of the Federal Bureau of Investigation, the New York City Police Department, and the Internal Revenue Service.

U.S. Attorney Alexander Wilson of the Office’s Money Laundering and Asset Forfeiture Unit is responsible for the forfeiture aspects of the case.

VIAGordon Duff
SOURCEVT Archives
ATTENTION READERS
Due to the nature of independent content, VT cannot guarantee content validity.
We ask you to Read Our Content Policy so a clear comprehension of VT's independent non-censored media is understood and given its proper place in the world of news, opinion and media.