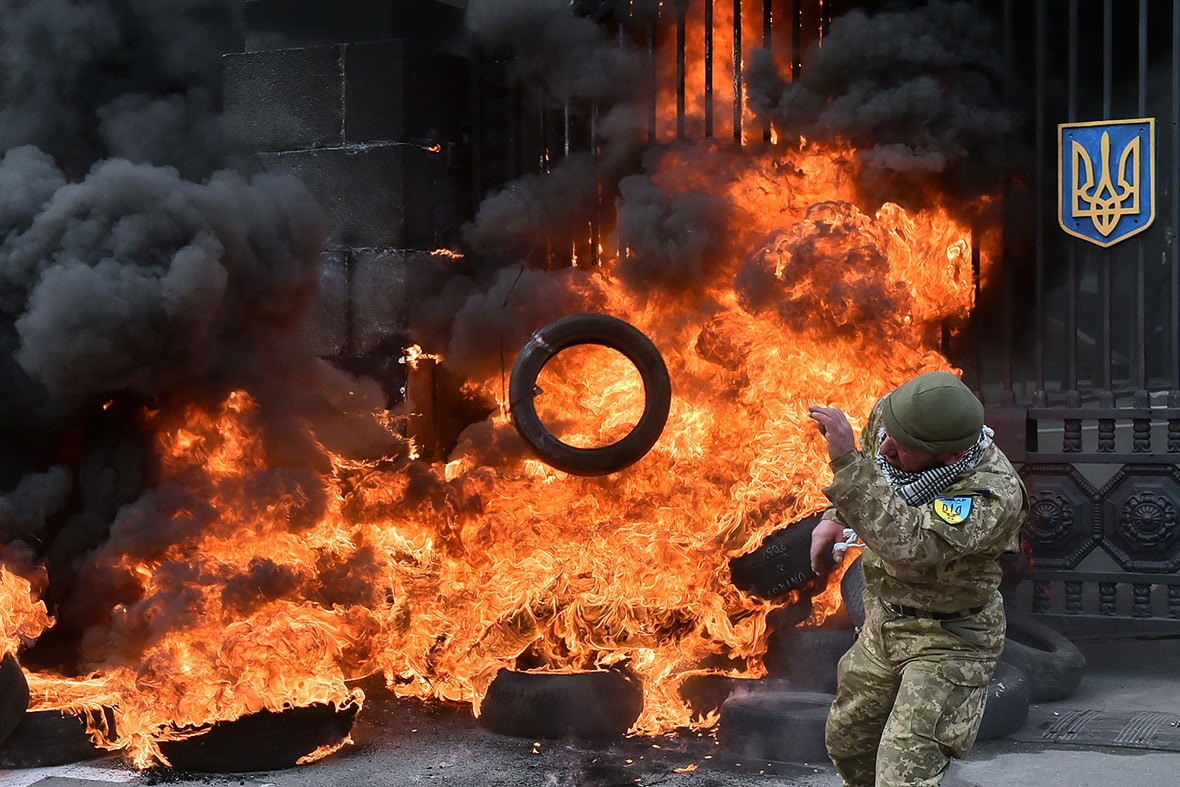 Let’s move on to the scope of the last 96 hours in the Theater of Military Operations in Ukraine. The crowd of opinionators, some of them pseudo-communists, went from aspirants to the Compulsory Military Service, to Zhukov’s teacher in person.

I saw on Twitter, the most brewing micro-network that exists on the planet, and that generates a lot of problems, the proto-Soviets switching to the white army in less than 1/4 bottle of Vodka. They have already shot half of the incompetent Russian generals, demoted commanders, and punished others. They even removed the Minister of Defense, who, according to them, only serves to organize marches and strikes. 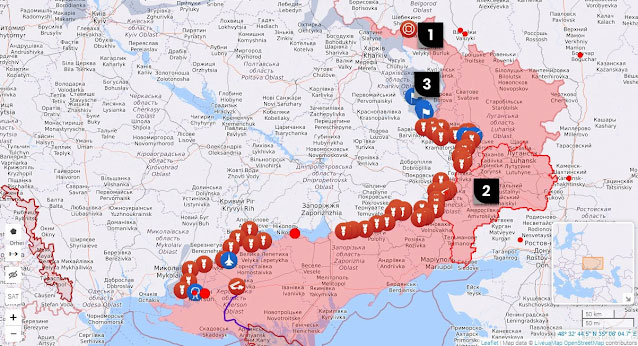 Did the Ukrainians win the war, how tactless of these people, I will leave you today’s map on military activity, with some questions:

Did nobody read that I myself said it here, published and all, that they should do what they are doing now, but I said it on August 31?

We will answer this and other interesting questions.

Don’t believe it, have arrived the critics, skeptics, and generals without troops, like this one, who says he is a “better communist than me”:

Tzihué Cisneros Pérez. “…It is very interesting this conflict, despite the power that the Russians have they are allowing the Ukrainians to recover ground and they are asking for ammunition from North Korea and drones from Iran. On the other hand, the Russians are making three times as much money as a year ago but are still losing ground in Ukraine. Russian precision technology is top of the line and despite all the blows they have put on the Ukronazis it doesn’t seem to affect them and they continue to send troops and materiel of all kinds. If the plan is to delude and wear down the Ukrainians, Creepanians, and British while still making money to crush them at the height of winter, then just wait a couple of months, but if not then it seems Russia doesn’t care much about losing the war…” (went off the air for burning his tongue and being disrespectful).

About the supposed Russian ammunition they don’t have and asked North Korea for, it comes officially from the CIA, and this “better-than-me communist”, echoes that. About that making money, he got it from this news: (I said I wouldn’t give news, I’m just contextualizing and explaining the rationale for the alienation):

“….Russia triples current account surplus through August. Russia’s current account balance of payments had a surplus between January and August of $183.1 billion, nearly triple the same period in 2021, despite unprecedented sanctions imposed on the country by the West over its military campaign in Ukraine, according to the Central Bank.

The current account surplus comes despite 11,897 sanctions imposed on Russia by the international community before and after February 24, the date on which the Kremlin launched its war intervention in Ukraine, according to the Castellum.AI portal, which collects updated information on Western restrictions, reports Efe. According to the preliminary estimate of the Central Bank of Russia (BCR) published on Friday in a statement, the dynamics of the current account were determined by the significant increase in the surplus in the balance of goods and services…”.

The guy almost implies that this is Putin’s business.

What is wrong with people who are not able to reflect on minimal issues, to read between the lines?

Two statements: “…It is very hard for us, but we are moving forward…” – Zaluzhny on the current offensive (Chief of the Ukrainian Army).

“…If consolidated, the Ukrainian advances will be the most significant since March. Ukraine has claimed a number of successes in the east and south of the country. If consolidated, those gains would be the most significant since the withdrawal of Russian troops from around Kyiv in late March…” U.S. Secretary of State for Defense, Lloyd “Uncle Tom” Austin.

The Cuban knows about baseball, there are many technical concepts, but there is one basic thing, beyond the 9 innings, because now there is the KO or the extra inning, but there is something that does not change: when one team bats, the other receives, and vice versa, period, there is no third way, very much in vogue everywhere, but that will not happen in Cuba … Well, the Ukrainians were in a defensive position, even worse, with a quarter of the territory controlled by the pro-Russian forces.

There is a time out (demand of the parties, from the USA to the less fascist part of Europe), sit down and negotiate for two reasons: first, the Russians are imposing the rhythm, they are doing it slowly not for trying to be pleasant, but against us, they want to delay the matter until December 21, the official start of winter, but there are countries that already at the end of October begin to feel the inclemencies, note these words. They are demanding Ukraine to assume another rhythm than the inertia of the past, basically, they are forcing it, thinking that this way they can negotiate from a position of strength. 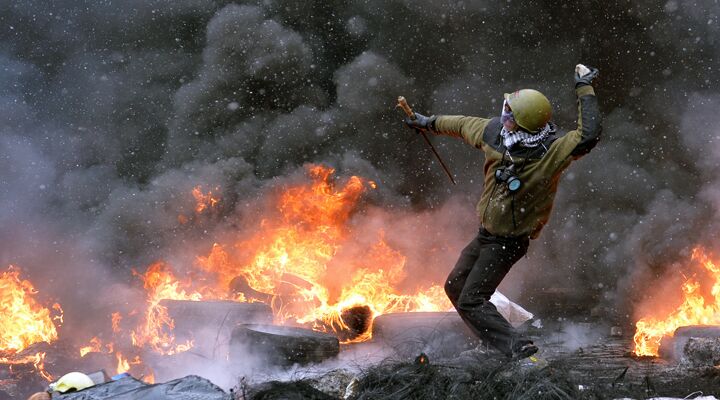 They have not seen the map and have not learned about the current state of the Ukrainian economy, in 4 days, they have taken 3,000 km2 and possibly it will be 5,000 km2 or a little more. My calculations are that they have employed between 30,000 men, with a reserve that they approximated, and that has been hit. Why in those conditions the offensive has had such a big cost militarily in the Ukrainian ranks? Because the Russians let them come, that accumulation of forces is not done without being noticed, there are means, they have limited artillery, and the Russians placed themselves in positions in which they – the Ukrainians -, are not going to pass.

Yesterday I told you, that there are two borders, a natural one, the Donetsk River, and an administrative one. You can tell me that the administrative border is not important, but it can be important if the Lugansk and Donetsk People’s Republic officially and legally declare war on Ukraine and Russia enters into an alliance with these two states recognized by Russia.

But we are not there, for now. what are the Ukrainians going to do in the 3,000, 5,000, or 6,000 km2 they control now, well, now you move to the lower part of the Inning, the defensive one. what will the Ukrainians do in the face of a Russian offensive? will the USA and Europe, already into October-November, be in a position to provide support? 50,000 guys distributed in unproductive cities, waiting for the enemy to arrive without knowing which way to go because it is one thing to attack and another to defend.

The Russians made chirrin chirran, the Ukrainians who remained there, are pro-Ukrainian, fewer problems when it comes to attacks, don’t you think so? Because the pro-Russians went to safe places, or to Russia or to Lugansk.

All this was foreseeable, the Russians listen, see, know, more than you can imagine, as a Cuban tells you, here they had the most important radio listening base of the USSR in the West. In addition to the Intelligence work within the Ukrainian Armed Forces. Read the following carefully:

Operation Bagration (the great Soviet counteroffensive that was stopped in Berlin, when the one with the little mustache blew his brains out).

This battle has been described as the triumph of the concept of military deception, based on complete disinformation of the adversary thanks to the complete coordination of all movements on the front and signal traffic in order to disorient the enemy about the real objective of the offensive. Despite the large number of forces deployed in front of Belarus, the Soviet forces managed to completely prevent the Germans from knowing where the offensive would be concentrated, until it was too late. The Soviets called this type of operation maskirovka, which in Russian literally means “camouflage”, “concealment” or “masking”.

How is it that those red dots you see on the map are produced, they are produced from Russian-controlled territory, I am talking about today’s military activity?

What does this advance mean? A different military dynamic is Ukrainian troops that will have to move to defensive positions.

Why this advance? It is a demand of those who support Ukraine, both the USA and Europe, they want and believe, that Ukraine negotiates imposing its terms, and for that, it must do it quickly. 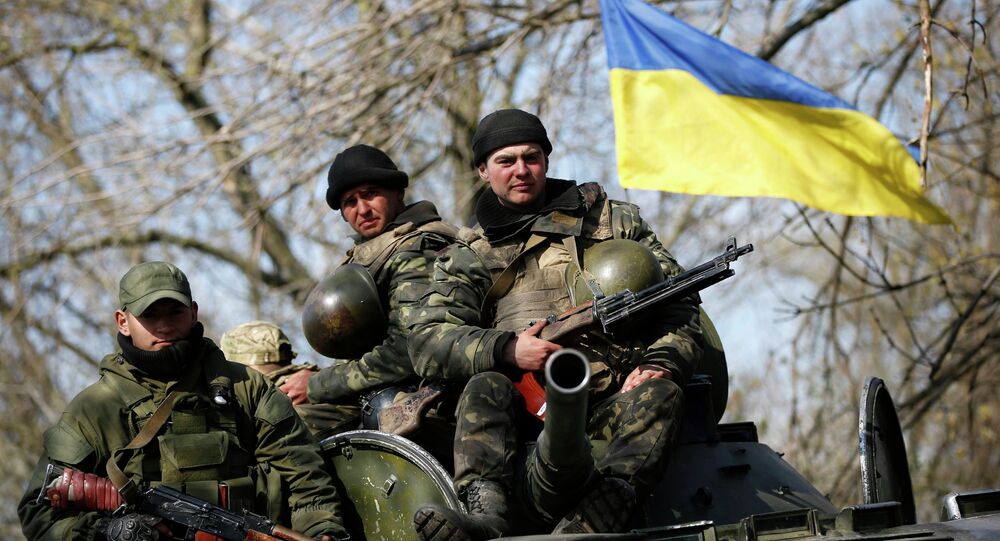 The question is not so much what Russia will do, they will do what they have to do in a timely manner, you have seen them, they don’t even bat an eyelid. The question is what will those people do now, they are forced to stay, and they have suffered casualties like they never suffered before. If their Chief says “…It is very hard for us, but we are moving forward…” – Zaluzhny about the current offensive (Chief of the Ukrainian Army), it must be for a reason. What is really surprising and what makes the Ukrainians in Kyiv suspicious are the minimal Russian casualties. I think they are going to study what is going on because at the same time they are selling the idea that in the south they are still gaining tens of kilometers every day, and that is false.

Russia does not start wars, it ends them. Today, is Russia closer to Kyiv, or Ukraine to Moscow? If you have the answer, then we have an understanding.