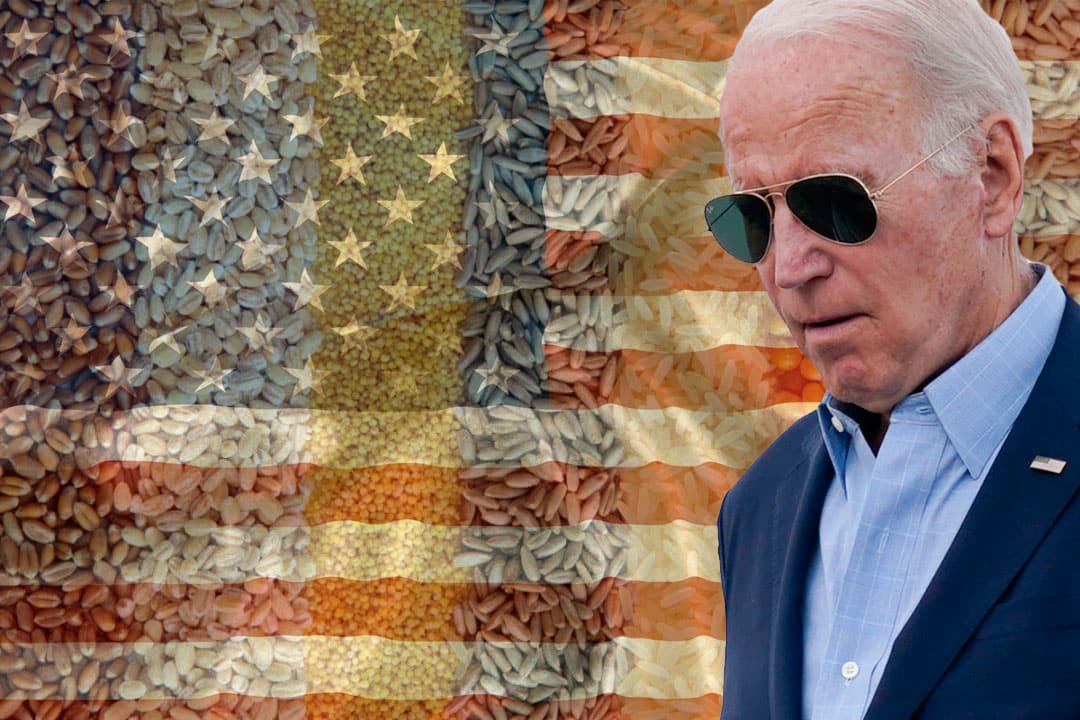 The diplomatic language, at times, in order not to launch heavy accusations, highlights the necessary solution instead of pointing the finger at the serious and flashy problem.

This is the case of the UN official who instead of openly saying that Ukraine is bringing grain supplies to the European Union instead of poor African countries that had seen grain prices increase tenfold, prefers to use a dialectic softer.

Ukrainian wheat should go to poor countries, she says, without admitting that it is therefore not going there, as denounced by Russian President Vladimir Putin who signed an agreement with Kiev on exporting them thanks to Turkey’s mediation.

For weeks, the pro-Nazi regime of Volodymyr Zelensky supported by NATO and the European Union denounced the problem of the naval blockade in Odessa which prevented the export of grain to African countries in need.

Once the green light has been obtained from Moscow for the transit of cargoes with the precious cereal, Ukraine seems to have forgotten the countries in difficulty, and helped instead with the shipments of Russia.

Why then so much controversy and so much discussion? Simple. A large part of the grain of Ukraine’s planters is not owned by this country but by American multinationals to which President Zelensky himself had sold the land years before the start of the Russian military operation to defend the Donbass launched on February 24 2022.

«A text has recently spread on social media (including on the Facebook page of Il Giardiniere) alleging that “three large U.S. multinationals bought 17 million hectares of prime land from Zelensky.” Previously, rumors of such an alleged sale of “half of Ukraine to Monsanto, Cargill and Dupont” had been amplified across a small galaxy of various pro-conspiracy sites that in some versions also pinned the responsibility on the usual suspects, George Soros and global financial elites (including Warren Buffett, Bill Gates and the Blackstone, BlackRock and Vanguard investment funds)» wrote an inquiry of Italian newspaper Il Manifesto.

Behind the simplistic explanations with little supporting evidence, spun to support various agendas and drawing a long tail of outraged comments in their wake, there is actually an element of truth behind the rumors, connected to economic interests converging on Ukraine since well before the Russian invasion. For several years now, a series of reports by the Oakland Institute economic observatory have documented the macroeconomic interests that have made the former Soviet republic an object of intense contention since the fall of the USSR added the media.

An analysis by Open Democracy published in October revealed that ten private companies controlled 71 percent of the Ukrainian agricultural market, including, “in addition to the Ukrainian oligarchy, multinational corporations such as Archer Daniels Midland (ADM), Bunge, Cargill, Louis Dreyfus, and the Chinese state-owned company COFCO.” According to the Oakland Institute’s latest report on the subject, the list now also includes multinational corporations such as Luxembourg-based Kernel, the US holding company NCH Capital, the Saudi-based Continental Farmers, and the French AgroGenerations explained Il Manifesto.

This highlights why the ships that sail from Odessa instead of heading to the coasts of Africa prefer to stop in the European countries of the Mediterranean Sea: because the cereal can be sold at a better price.

So why has Turkey favored such a negotiation? Very simple: it must return the favor to the US for the profits on the distribution of the oil stolen by the Americans in Syria.

The economy is very circular and reciprocal: especially that of international thieves protected by NATO.

Grain and other food exported from the ports of Ukraine under the agreement concluded in July in Istanbul should be delivered to those who need it, Nada Al-Nashif, UN Acting High Commissioner for Human Rights, said in Geneva on Monday. She called for full compliance with the terms of the grain deal.

Speaking at the 51st session of the UN Human Rights Council, she drew attention to the ” socio-economic consequences” of the events in Ukraine, including “severe fuel shortages and threats to food security in some of the poorest countries.”

“I welcome and call for the full respect of the landmark agreement involving Russia, Ukraine, the United Nations and Turkiye in July, which allowed the resumption of shipments of grain and other food supplies from Ukrainian ports and I urge the international community to ensure the food reaches the people who need it,” Nada Al- Nashif said.

On September 7, Russian President Vladimir Putin said that the grain deal concluded in Istanbul turned out to be “another brazen deception.” He noted that almost all the food exported from Ukraine went to the EU countries, while Russia and the poorest countries were deceived. He added that world food prices continue to rise due to restrictions on Russian exports, which persist despite the formal withdrawal of products and fertilizers from sanctions.

The export of grain from Ukrainian ports, including for humanitarian purposes, is carried out on a commercial basis at the expense of financing of the UN World Food Program by donor countries. On July 22, a package of documents was signed in Istanbul to solve the problem of food and fertilizer supplies to world markets. One of the agreements regulates the procedure for the export of grain from the Black Sea ports controlled by Kiev. Established by Russia, Turkey, Ukraine and the UN, the four-sided center in Istanbul is designed to inspect grain ships in order to prevent arms smuggling and provocations.