In 1945, a group of Jewish holocaust survivors planned to poison the water system in Germany. The film tells the dangerous and bold secret operation which was called – Plan A

Menemshia Films will open PLAN A in NYC at the New Plaza Cinema on Friday, October 7th. The following Friday, October 14th, the film will open in theatres in Los Angeles, Boston, Phoenix, Seattle, South Florida, and other cities around the country. 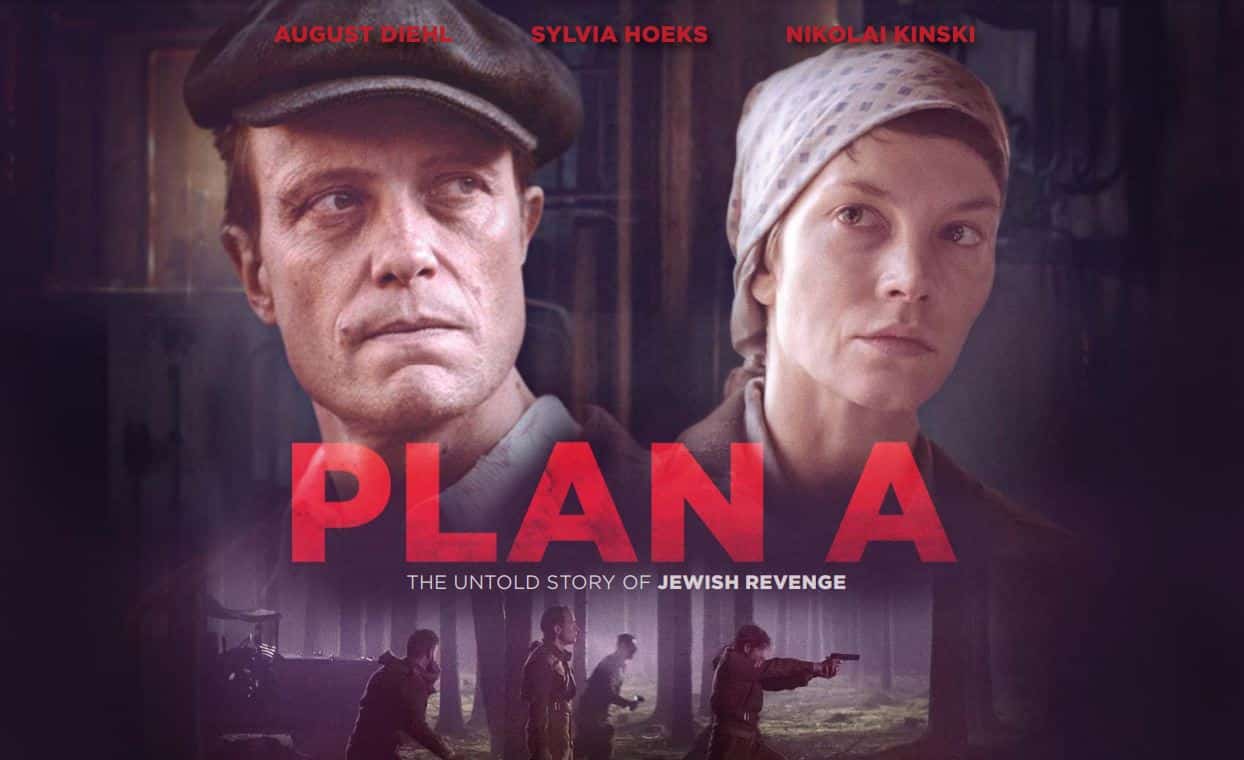 On that date, it will also be available on numerous VOD platforms such as Apple TV, Prime Video (to buy/rent), GooglePlay, Vudu, Comcast, Spectrum, Cox, Verizon, DIRECTV, Frontier, and Dish.

PLAN A is based on the incredible true story of the “Avengers,” a group of Jewish vigilantes, men and woman, who after surviving the holocaust are vowing to avenge the death of their people by poisoning the water supplies in German cities and to kill six million Germans, one for every Jew slaughtered by the Nazis – “an eye for an eye, a tooth for a tooth.” 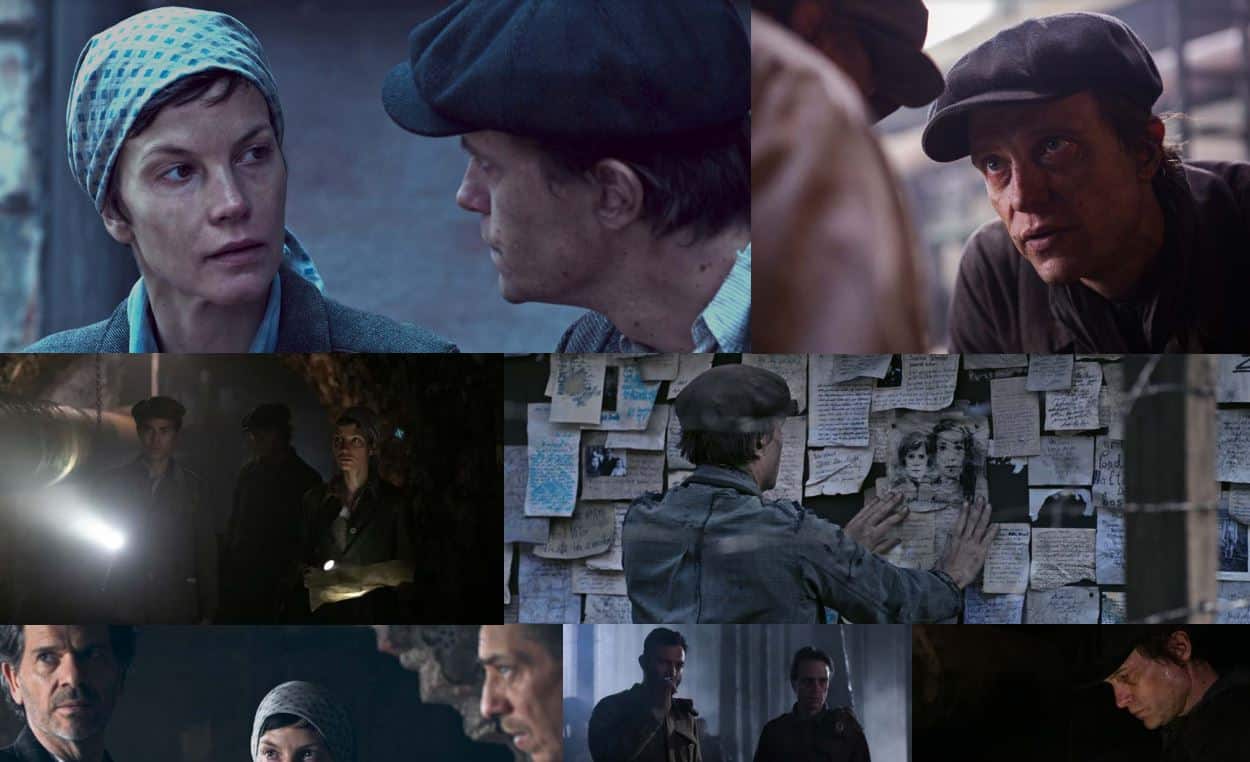 Max, a Holocaust survivor has lost all his family in the camps. Full of rage and with nothing left to live for other than the revenge he helps the Jewish Brigade soldiers under British command who, on their own accord, find and execute Nazis accused of leading positions in the system. When the British realize ex-Nazis are disappearing, the Brigade is sent away, Max follows Anna and a group of former partisans to Nuremberg, where they soon realize that they will not find redemption in the upcoming Nuremberg trials.

Led by charismatic leader Abba Kovner, they formulate the biggest revenge operation in history – ‘Plan A.’ They infiltrate German water companies as undercover engineers with only one goal: to poison the drinking water in Nuremberg, Munich, Cologne, Weimar, and Hamburg.

‘Plan A’ fails, and Max realizes that living a life, having children, and building the State of Israel is his, and the Jewish people’s true revenge.

Inspired by the events featured in the book “Nakam,” (Revenge in Hebrew) by Prof. Dina Porat, the chief Historian of Yad Vashem, PLAN A stars August Diehl (Inglourious Basterds, A Hidden Life), Sylvia Hoeks (The Girl in the Spider’s Web, Blade Runner 2049) and Michael Aloni (Shtisel, When Heroes Fly). PLAN A was written and directed by brothers Doron and Yoav Paz, the directors behind Jeruzalem and The Golem. PLAN A is a German-Israeli co-production that runs 109 minutes and is in English.

“We believe that PLAN A is a gripping true story that deals with the most primal and natural human instinct – pure revenge,” state the directors Doron & Yoav Paz. “It gives the audience a new perspective about the holocaust and confronts powerful feelings of revenge, justice, and morality”

By the way…there was a “Plan B,” but that’s another movie.

For insightful Reading On The Subject:

‘An eye for an eye’: The Jews who sought to poison six million Germans to avenge the Holocaust – Israel News – Haaretz.com 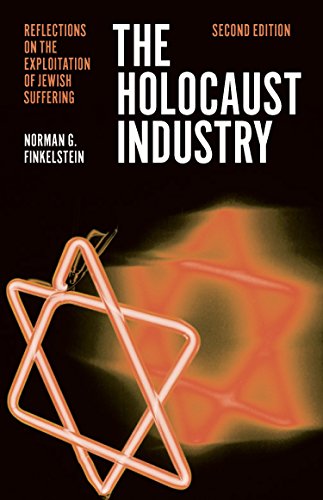 About Menemsha Films:  founded in 1998 by Neil Friedman, is dedicated to distributing the highest-quality art house films, hand-picked from around the globe. Menemsha Films set a record, discovering and representing five Academy Award nominees for five years in a row. Menemsha Films has worked for 20 years with a singular mission: “To preserve and share our Jewish stories collected from around the world.” Menemsha has built the largest library of its kind anywhere outside of Israel. Learn more at www.MenemshaFilms.com

SOURCEIMDB.com
ATTENTION READERS
Due to the nature of independent content, VT cannot guarantee content validity.
We ask you to Read Our Content Policy so a clear comprehension of VT's independent non-censored media is understood and given its proper place in the world of news, opinion and media.