On September 12, US President Joe Biden issued yet another Executive Order illuminating the extent of the depravity that has taken hold of the US Executive Branch. In the face of overwhelming evidence pointing to the misnamed pandemic as the greatest medical scandal in history– even as the biggest crime ever committed against humanity– Joe Biden has labeled the COVID-19 fiasco a great display of Yankee know-how in applied science.

He declares, “The COVID-19 pandemic has demonstrated the vital role of biotechnology and biomanufacturing in developing and producing life-saving diagnostics, therapeutics, and vaccines that protect Americans and the world.”Through federal agencies like the HHS, the FDA, the CDC, the NIH, and the Pentagon, the US Executive Branch has major legal and moral responsibilities for safeguarding the public from lethal and injurious attributes that might arise from the design, manufacturing, and dissemination of new medical products like the COVID injections. 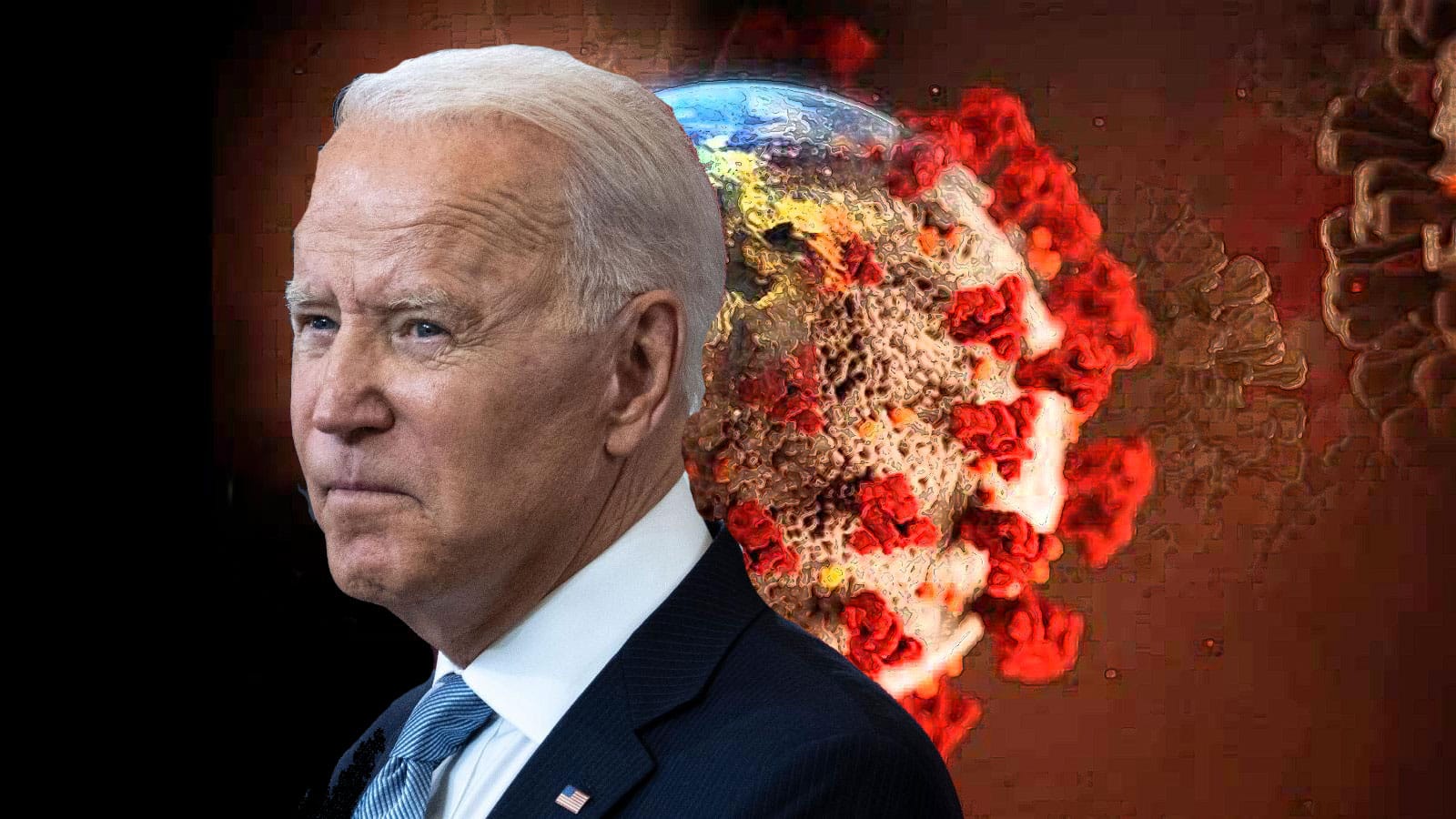 On a monumental scale, the Biden administration has failed to protect its own citizens from the often lethal and crippling attributes of the COVID-19 clot shots. This American failure is having horrendous global ramifications.

The Biden administration simply looked the other way as Pfizer and other companies well known for their criminal records pushed ahead a totally experimental process of genetic modification through mRNA injections.

These injections included lipid nanoparticles that are instrumental in facilitating the bodywide replication of pathogenic spike proteins, including in the brain. The wanton destruction of natural human immunity forms an added feature of the damage purposely being wrought by these biological time bombs injected on the false pretext that they would stop the spread of COVID-19. Among the outcomes are new epidemics of cancer and stillborn births. Another ironic outcome is that “COVID-19” continues as a disease mostly hosted and spread by those who have received COVID injections.

The Biden administration’s announcement of its intentions for the “American Bioeconomy” is telling. It can be seen as an indicator that Team Biden has every intention of continuing to stonewall and censor all the news that does not fit the original fairy tale that the COVID injections are “safe and effective.” The current custodians of the White House have no intention, it seems, of initiating much-needed federal investigations and studies to understand what went wrong and who is responsible.

In this case, we are talking about something much more significant than a single elephant in a single room. We are looking at whole herds of dying and grievously wounded elephants passing away all over the world in the full light of day. Under current circumstances, it is increasingly clear that those like Biden, Trudeau, and Macron who choose not to see the obvious have made a conscious decision to pretend they are still in the dark.

To continue this lie in the face of the well-documented worldwide information now available on the lethal and injurious effects of the injections amounts to participation in a premeditated murder. Of course, much irony arises in applying the charge of murder to the operatives of the White House’s Oval Office, the worldwide headquarters of MURDER INC following the demise of the British and German Empires.

Instead of taking stock of the medical cataclysm still in its early stages, the preferred scenario for those in power is to continue to push the agenda of the power elites forward by avoiding any reckoning with questions like Who did what to whom? Why? And what is to be done about it?

When it comes to dealing with the most vicious top dogs overseeing the really big crimes against all of humanity, the response always seems to be… . move along ladies and gentlemen…..Nothing to see here…..

The Democratic Party’s leadership is anxious to use this occasion to continue running with the political economy of the GMO effect. According to the White House, the accelerated production of Genetically Modified Organisms is a technological boon with widespread applications to many facets of its national policies. The new Executive Order proclaims, “Although the power of these technologies is most vivid at the moment in the context of human health, biotechnology and biomanufacturing can also be used to achieve our climate and energy goals, improve food security and sustainability, secure our supply chains, and grow the economy across all of America.”

The history of genetically modified seeds, “suicide seeds,” has a terrible record epitomized by the role of Round Up and its core ingredient, the herbicide glyphosate, in stimulating epidemics of cancer in humans as well as assaults on biodiversity. With his controlling interest in Monsanto, Bill Gates was only warming up for his notorious present role in the production of genetically modified human organisms. (GMHO)

There is nothing in the Executive Order promoting the takeoff of an American Bioeconomy that addresses the need to enforce the legal provisions of the Nuremberg Code. This Code outlaws medical experiments on human subjects without the informed consent of those subjects. Is the implication that the US White House is now giving a green light to any and all medical experiments on people who do not agree to be experimented upon? The new rule seems to be that it is not even necessary to tell us we are to be used as guinea pigs for experiments on our own persons.

There is lots of reference in the Executive Order to the need for respecting the principles of “equity” and “diversity” in the implementation of the new policies on biotechnology and biomanufacturing. No serious lip service is given, however, to the need to respect the most basic level of human rights and civil liberties. Rather it is made to seem that by mandating the loss of bodily autonomy, the way has essentially been opened to the engineering of transhumanism for the survivors of the depopulation scheme that has unfolded under the watch of the decrepit Biden regime.

Anthony Hall is a Professor of Globalization Studies at the University of Lethbridge in Alberta Canada where he has taught for 25 years. Along with Kevin Barrett, Tony is co-host of False Flag Weekly News at No Lies Radio Network. Prof. Hall is also Editor In Chief of the American Herald Tribune. His recent books include The American Empire and the Fourth World as well as Earth into Property: Colonization, Decolonization, and Capitalism. Both are peered reviewed academic texts published by McGill-Queen’s University Press. Prof. Hall is a contributor to both books edited by Dr. Barrett on the two false flag shootings in Paris in 2015.

PART I
The American Empire and the Fourth World: The Bowl with One Spoon, Part One (McGill-Queen’s Native and Northern)

PART II
Earth into Property: Colonization, Decolonization, and Capitalism: The Bowl with One Spoon (Mcgill-Queen’s Native and Northern Series)

Part II was selected by The Independent in the UK as one of the best books of 2010. The journal of the American Library Association called Earth into Property “a scholarly tour de force.”