The Burke-Wadsworth Act is passed by Congress on September 16, 1940, by wide margins in both houses, and the first peacetime draft in the history of the United States is imposed. Selective Service was born.

The registration of men between the ages of 21 and 36 began exactly one month later, as Secretary of War Henry L. Stimson, who had been a key player in moving the Roosevelt administration away from a foreign policy of strict neutrality, began drawing draft numbers out of a glass bowl.

The numbers were handed to the president, who read them aloud for public announcement. There were some 20 million eligible young men—50 percent were rejected the very first year, either for health reasons or illiteracy (20 percent of those who registered were illiterate).

In November 1942, with the United States now a participant in the war, and not merely a neutral bystander, the draft ages expanded; men 18 to 37 were now eligible. Blacks were passed over for the draft because of racist assumptions about their abilities and the viability of a mixed-race military.

But this changed in 1943 when a “quota” was imposed, meant to limit the numbers of blacks drafted to reflect their numbers in the overall population, roughly 10.6 percent of the whole. Initially, blacks were restricted to “labor units,” but this too ended as the war progressed, when they were finally used in combat.

“Conscientious objector” status was granted to those who could demonstrate “sincerity of belief in religious teachings combined with a profound moral aversion to war.”

Quakers made up most of the COs, but 75 percent of those Quakers who were drafted fought. COs had to perform alternate service in Civilian Public Service Camps, which entailed long hours of hazardous work for no compensation. About 5,000 to 6,000 men were imprisoned for failing to register or serve the nation in any form; these numbers were comprised mostly of Jehovah’s Witnesses.

By the war’s end, approximately 34 million men had registered, and 10 million served in the military.

THE HISTORY OF CONSCRIPTION

Conscription is the mandatory enlistment in a country’s armed forces, and is sometimes referred to as “the draft.” The origins of military conscription date back thousands of years to ancient Mesopotamia, but the first modern draft occurred during the French Revolution in the 1790s. The United States instituted conscription during the Civil War, which led to a series of bloody draft riots. Resistance to the draft, as managed by the Selective Service in the United States, reached a historic peak during the Vietnam War.

Before the existence of a warrior class or military elite, Babylonian kingdoms employed a system of conscription called ilkum, in which laborers owed military service to royal officials for the right to own land. Provisions for ilkum were created under the ancient Code of Hammurabi, one of the earliest and most complete legal codes, instituted under Babylonian King Hammurabi.

Similar systems of military conscription were popular in feudal Europe throughout the Middle Ages. Land-owning peasants often were required to provide one man per family for military duty.

The first universal draft, or mass conscription of young men regardless of social class, took place in France during the French Revolution.

After the French monarchy was overthrown in 1789, neighboring European powers invaded France in hopes of restoring monarchical rule. The French needed a bigger army, so in 1793, the French government decreed a leveé en masse, which conscripted into military service all unmarried, able-bodied men between the ages of 18 and 25.

The United States first instituted military conscription during the American Civil War. As the war entered its third season, Congress, in need of more manpower for the Union Army, passed the Civil War Military Draft Act of 1863.

The act called for the registration of all males between the ages of 20 and 45, yet the obligation fell mostly on the poor. Wealthier men could afford to hire a substitute to take their place in the draft or pay $300 for a draft exemption—an enormous sum of money at the time. This controversial provision sparked civil unrest and draft riots.

The most destructive were the New York Draft Riots. At least 119 people died in the riots, which spanned three days in July 1863. Many of the rioters were poor Irish immigrants.

President Woodrow Wilson signed the Selective Services Act on May 18, 1917, in preparation for U.S. involvement in World War I. The United States had a standing army of just over 100,000 at the time.

The initial act required all men between the ages of 21 and 30 to register with the newly created Selective Service System. By the end of World War I in November 1918, roughly 24 million men had registered and 2.8 million were drafted into the armed forces. The draft was dissolved after World War I.

In September 1940, Congress passed the Burke-Wadsworth Act, which imposed the first peacetime draft in the history of the United States.

The registration of men between the ages of 21 and 36 began one month later, as Secretary of War Henry L. Stimson—a key player in moving the administration of Franklin D. Roosevelt away from a foreign policy of neutrality—began drawing draft numbers out of a big glass bowl. The draft numbers were handed to the president, who read them aloud for public announcement.

After the United States entered World War II, it expanded the draft ages to include men 18 to 37. Blacks, initially excluded from the draft, were conscripted into the armed forces starting in 1943.

“Conscientious objector” status was granted to those who could demonstrate “sincerity of belief in religious teachings combined with a profound moral aversion to war.”

Between 1948 and 1973, men were drafted into the armed forces in both peacetime and conflict periods. Today, the Selective Service System remains in “standby” mode should Congress see it necessary to resume military conscriptions.

Men must register with the Selective Service System within one month of their 18th birthday—women are excluded from the draft (though they may volunteer for military service).

Draft resistance in the United States reached its peak during the Vietnam War. By late 1967, U.S. casualties in Vietnam had reached 15,058 killed and 109,527 wounded.

The Vietnam War was costing the United States approximately $25 billion per year, and disillusionment was beginning to spread beyond college campuses to greater sections of the taxpaying public. Each month, as many as 40,000 young men were drafted into service.

Some men evaded the draft by failing to register with the Selective Service System or by fleeing the country. According to Canadian immigration statistics, as many as 30,000 draft dodgers may have left the United States for Canada during the Vietnam War.

Draft evasion carried steep fines and the possibility of jail time. Nearly 210,000 men were charged with draft evasion, including boxer Muhammad Ali, whose conviction was overturned by the U.S. Supreme Court. 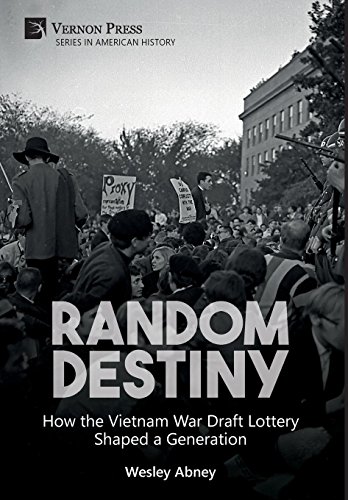