The Judiciary Act of 1789 is passed by Congress and signed by President George Washington, establishing the Supreme Court of the United States as a tribunal made up of six justices who were to serve on the court until death or retirement.

That day, President Washington nominated John Jay to preside as chief justice, and John Rutledge, William Cushing, John Blair, Robert Harrison, and James Wilson to be associate justices. On September 26, all six appointments were confirmed by the U.S. Senate.

READ MORE: Why Do 9 Justices Serve on the Supreme Court?

John Jay, The First Chief Justice of the Supreme Court

John Jay was a man of great achievement. During his lifetime he was a Founding Father, Signer of the Treaty of Paris, Second Governor of New York, and First Chief Justice of the United States.

Jay was born in December of 1745 into a wealthy family of New York merchants and government officials. Growing up in such a family shaped his future and allowed him to enjoy a number of desirable opportunities. He attended King’s College in New York (now Columbia University) before becoming a lawyer and joining the New York Committee of Correspondence in 1774.

Jay first became known during the American War for Independence when he was chosen to serve as a delegate from New York to the First and Second Continental Congress. Originally, as moderate, he was opposed to the idea of independence but eventually changed his mind as time continued. During this period, he became a member of New York’s Committee of Sixty, and the Chief Justice of the New York Provincial Congress, where he was party to the drafting of the New York State Constitution. Soon afterward, the Continental Congress elected Jay as President of the assembly. He served from December 10, 1778, to September 28, 1779.

In 1779, Jay was appointed Minister to Spain and traveled across the Atlantic to seek assistance and international recognition for the American Colonies. Unfortunately, Spain wanted nothing to do with Jay or the American Colonies, so Jay changed course and headed to Paris, where the end-of-war negotiations were scheduled to take place. While there, he signed the Treaty of Paris, thus helping the United States receive its independence from Britain.

Secretary of Foreign Affairs and the Federalist Papers

Jay served as the second Secretary of Foreign Affairs until the office was changed to “Secretary of State.” During this time in office, Jay, along with Alexander Hamilton and James Madison, began working on a series of periodicals that would eventually be known as The Federalist Papers. Jay wrote the second, third, fourth, fifth, sixth, and sixty-fourth articles.

Chief Justice of the United States

In 1789, after Jay declined George Washington’s offer of the position of Secretary of State, the president offered him the new opportunity of becoming Chief Justice of the United States Supreme Court, which Jay accepted. He was unanimously confirmed on September 26, 1789, and remained on the bench until 1795. As this was an inaugural position, many of Jay’s duties involved establishing rules, procedures, and precedents. The most famous case he presided over was Chisholm v. Georgia (1793), most commonly associated with the introduction of judicial review. However, the court decision was later overturned by the ratification of the Eleventh Amendment.

In 1795, John Jay resigned from the Supreme Court bench to become the Second Governor of New York during a time of tumultuous dealings with Britain over territorial disputes. He had been in England at the time of his election, leading negotiations that would lead to the Jay Treaty.

After serving as Governor for six years, Jay ran in the Presidential Election of 1800, but only received one vote. Disappointed by the overwhelming loss, Jay retired from public life to his farm in Westchester County, New York. He died on May 17, 1829, after a sudden stroke, in Bedford, New York.

The U.S. Supreme Court grew into the most important judicial body in the world in terms of its central place in the American political order. According to the Constitution, the size of the court is set by Congress, and the number of justices varied during the 19th century before stabilizing in 1869 at nine.

This number, however, can be changed at any time by Congress. In times of constitutional crisis, the nation’s highest court has always played a definitive role in resolving, for better or worse, the great issues of the time.

READ MORE: 7 Things You Might Not Know About the U.S. Supreme Court 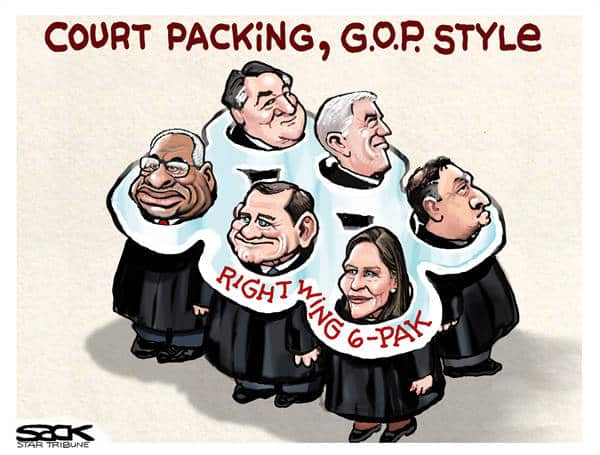 An Illegitimate Court?  What is the Future of the Institution?

It’s time to say it: the US supreme court has become an illegitimate institution!!!

Jill Filipovic of The Guardian argues, that the US supreme court should officially be understood as an illegitimate institution – a tool of minority rule over the majority, and as part of a far-right ideological and authoritarian takeover that must be snuffed out if we want American democracy to survive.

In Dobbs v Jackson Women’s Health, the supreme court overruled its nearly 50-year precedent of Roe v Wade, the 1973 case that legalized abortion nationwide. It is difficult to overstate just how devastating this is for pregnant people, for women as a class, and for anyone with even a passing interest in individual freedom and equality.

But it’s also devastating for those of us who care quite a bit about American democratic traditions and the strength of our institutions. Because, with this ruling, the supreme court has just signaled its illegitimacy – and it throws much of the American project into question. This means that Democrats and others who want to see America endure as a representative democracy need to act.

Of the nine justices sitting on the current court, five were appointed by presidents who initially lost the popular vote; four of those judges signed onto the majority opinion that overturned Roe, and one penned a separate concurrence to uphold the Mississippi anti-abortion law. The three appointed by Donald Trump were confirmed by senators who represent a minority of Americans. A majority of this court, in other words, was not appointed by a process that is representative of the will of the American people.

Two were appointed via starkly undemocratic means, put in place by bad actors willing to change the rules to suit their needs. Neil Gorsuch only has his seat because Republicans, led by Mitch McConnell, blocked the ability of Barack Obama to nominate Merrick Garland – or anyone – to a supreme court seat, claiming that, because it was an election year, voters should get to decide.

And then Donald Trump appointed Amy Coney Barrett in a radically rushed and incomplete, incoherent process – in an election year.

And now, this court, stacked with far-right judges appointed via ignoble means, has stripped from American women the right to control our own bodies. They have summarily placed women into a novel category of person with fewer rights not just than other people, but than fertilized eggs and corpses. 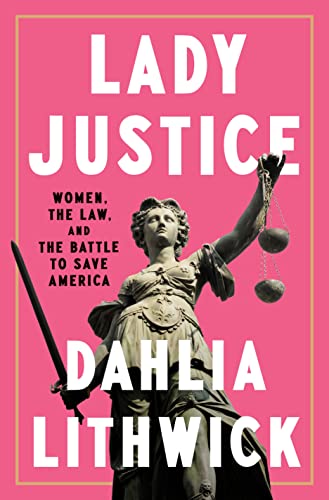 After all, no one else is forced to donate their organs for the survival of another – not parents to their children, not the dead to the living. It is only fertilized eggs, embryos, and fetuses that are newly entitled to this right to use another’s body and organs against that other’s will; it is only women and other people who can get pregnant who are now subject to these unparalleled, radical demands.

This raises a fundamental question: can a country be properly understood as a democracy – an entity in which government derives its power from the people – if it subjugates half of its population, putting them into a category of sub-person with fewer rights, freedoms and liberties?

The global trend suggests that the answer to that is no. A clear pattern has emerged in the past few decades: as countries democratize, they tend to liberalize women’s rights, and they expand abortion and other reproductive rights. Luckily for the women of the world, this is where a great many nations are moving.

But the reverse is also true: as a smaller number of countries move toward authoritarian governance, they constrict the rights of women, LGBT people and many minority groups. We have seen this in every country that has scaled back abortion rights, reproductive rights, and women’s rights more broadly in the past several years: Russia, Hungary, Poland, Nicaragua, and the United States.

The same week that the supreme court issued its decision in Dobbs, the US House of Representatives has been holding hearings to inform the public about what actually happened during the attempted coup of 6 January 2021, and to ideally hold perpetrators, traitors, and seditionists to account. We are only a year and a half past that disgraceful day, when an angry mob decided that they, an authoritarian, patriarchal, white supremacist minority, should rule – that any other outcome, no matter how free and fair the election, was illegitimate.

The supreme court decision stems from that same rotted root: the idea that a patriarchal minority should have nearly unlimited authority over the majority. The conservatives on the court rightly understand that individual rights and women’s freedoms are incompatible with a system of broad male control over women and children, and a broader male monopoly on the public, political and economic spheres.

But that authoritarian vision is also incompatible with democracy.

And so Democrats now have a choice. They can give speeches and send fundraising emails. Or they can act: declare this court illegitimate. Demand its expansion. Abolish the filibuster. Treat this like the emergency it is, and make America a representative democracy.

So now what?  Will the institution survive the corrupting of its legitimacy?  Stay Tuned