From Moon Over Alabama

The Ukrainian War of Independence was a series of conflicts involving many adversaries that lasted from 1917 to 1921 and resulted in the establishment and development of a Ukrainian republic, most of which was later absorbed into the Soviet Union as the Ukrainian Soviet Socialist Republic of 1922–1991.

They struggled for control of Ukraine after the February Revolution (March 1917) in the Russian Empire. The Allied forces of Romania and France also became involved. The struggle lasted from February 1917 to November 1921 and resulted in the division of Ukraine between the Bolshevik Ukrainian SSR, Poland, Romania, and Czechoslovakia.

The conflict is frequently viewed within the framework of the Southern Front of the Russian Civil War of 1917–1922, as well as the closing stage of the Eastern Front of the First World War of 1914–1918. – WIKI

View from the other side: Over one hundred years ago, on the 16th of August 1920, the Soviet Army reached the outskirts of Warsaw. The Bolshevik commander on the ground, General Mikhail Tukhachevsky, enthusiastically cabled the commander-in-chief of the Red Army, Leon Trotsky. Warsaw, he wrote, was merely a bridge. After the collapse of Poland, the Red Army would march through Berlin, Paris, and even London for a world revolution and the creation of a single European Union of Soviet Socialist Republics under Moscow.

The fate not only of Europe but of the world hung in the balance. Europeans, realizing the dire consequences of a Soviet victory in Poland, held their breath.  Foreign embassy staff in the Polish capital hurriedly evacuated their posts and Warsaw residents began fleeing the capital in panic.

Joseph Pilsudski, Poland’s Head of State and commander-in-chief emerged from isolation with an eerily calm, confident demeanor, presenting his generals with a battle plan that is today referred to as the ‘Miracle on the Vistula.’

When Soviet forces stepped foot on the bridge over the Vistula River connecting Warsaw’s east bank to its city center, Pilsudski ordered a massive counter-offensive. As Poland’s elite First Army defended Warsaw, Polish forces simultaneously attacked the Red Army from the rear, the north, and the south.

The Russian advance was not only halted but dramatically reversed. Within two days the Red Army had been repelled 25 miles eastward and some 30,000 Russian POWs were now in Polish hands. As the Bolshevik retreat intensified, Pilsudski was hailed as the savior not only of Europe but of the Western world from a communist takeover.

Under intense pressure from France and Britain, Pilsudski agreed to a ceasefire and to sign an armistice at Riga in October 1920. The reason the Polish-Soviet War began in the first place must sound eerily familiar to contemporary observers of European affairs. For it began with a joint Polish-Ukrainian military campaign in April 1920 to wrest Ukraine from Russian control for the express purpose of creating the independent Ukrainian Republic on the Dnieper.

London shenanigans: Earlier, on the 5th of January, 1920, British Prime Minister Lloyd George warned Poland’s foreign minister that the Western allies would regard a military offensive in the east as a provocation and incitement against Russia. On the 19th of April 1920, the eve of the Polish-Ukrainian military offensive, The Times of London maintained that ‘the fable of Polish imperialism has alienated a great deal of the natural sympathy in Entente countries for Polish aims and aspirations.’

When Polish and Ukrainian troops advanced towards Kiev a few weeks later, the British MP and former undersecretary of state for foreign affairs, Lord Cecil, issued a formal complaint with the League of Nations on the 3rd of May 1920, against ‘the deplorable events now taking place in Central Europe [where] for months past Poland has been notoriously preparing to attack Russia.’

In his 1924 account of the Polish-Soviet War, the Year 1920, Pilsudski discussed the reason behind his support for Ukrainian independence:

‘I had decided to make every possible effort to remove as far as possible from the places where the new national life was burgeoning and taking shape, any attempt that might be made or any snare that might be set with a view to imposing once more a foreign life upon us, a life not organized by ourselves.’ 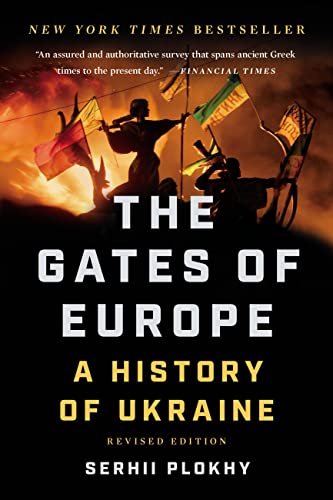 Russian proxy officials in four regions — Donetsk and Luhansk in the east, and Kherson and Zaporizka in the south — earlier this week announced plans to hold referendums over four days beginning on Friday. Russia controls nearly all of two of the four regions, Luhansk and Kherson, but only a fraction of the other two, Zaporizka and Donetsk.

Ukrainian partisans, sometimes working with special operations forces, have blown up warehouses holding ballots and buildings where Russian proxy officials preparing for the vote held meetings. Ukrainian officials have acknowledged that they are engaged in a campaign to assassinate key Russian administration officials; more than a dozen have been blown up, shot, and poisoned, according to Ukrainian and Russian officials. 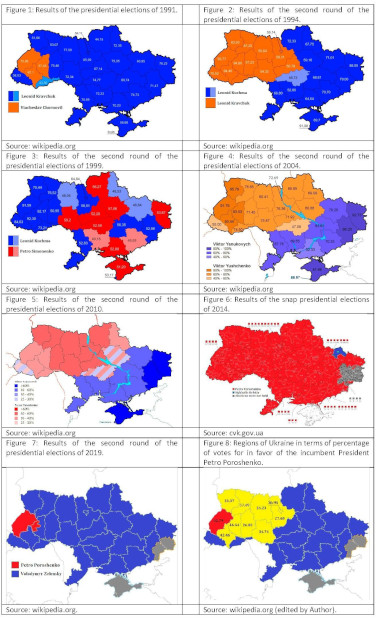 bigger
As we can see, they have always been a clear-cut geographical split in the way the regions of Ukraine vote for particular candidates. The East and West division or also referred to as the Southeast and Northwest division was always present throughout the electoral history of independent Ukraine.

It is conventionally believed that the eastern part of Ukraine is more influenced by Russia politically, economically, and culturally. Therefore, the presidential candidates proposing a more pro-Russian agenda usually gain much more political support in eastern regions than in other parts of Ukraine.

It is interesting to note that preferences of the electorate were not related to the geographical origin or background of the presidential candidates and any candidate could easily become popular in the east as well as in the west. Moreover, the same candidate could be both pro-eastern and pro-western in different periods of time as did Leonid Kuchma in 1994 and 1999, who is the only Ukrainian president to serve two consecutive terms from 1994 to 2005. 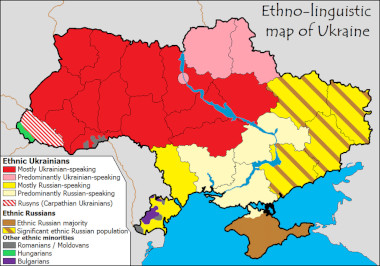 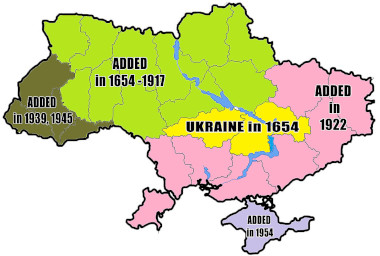 Voting for membership in the Russian Federation has started in four oblasts of Ukraine:

Ukrainian officials have dismissed the voting as grotesque theater — staging polls in cities laid to waste by Russian forces and abandoned by most residents.

President Volodymyr Zelensky thanked Ukraine’s allies for their steadfast support and said: “the farce” of “sham referenda” would do nothing to change his nation’s fight to drive Russia from Ukraine.

The Ukrainian regime has resorted to pure terrorism to prevent the votes from happening:

Such behavior by the Zelenski regime against its still Ukrainian compatriots will only encourage the people in the four oblasts to vote for an alignment with Russia.

The propaganda in the ‘west’ will declare that the vote is irregular and that the results, likely to be pro-Russian, will be fake.

But a view of historic election outcomes since Ukrainian independence in 1991 shows clear geographic preferences in the east and south of Ukraine for pro-Russian policies:

The graphic above is from research published by the Eurasian Research Institute of the International Hoca Ahmet Yesevi Turkish-Kazakh University. Its author writes:

The division is consistent with ethnic and linguistic differences between those parts of Ukraine.

In 2014, after the violent fascist coup in Kiev, one of the first laws implemented by the new government removed the Russian language from official use. Instead of overcoming the differences between its people it only sealed the predominant split in Ukraine.

The election promise of the current Ukrainian president Vladimir Zelenski to make peace with the Russia-aligned rebellious Donbas region by adhering to the Minsk 2 agreements was rewarded with a large share of southeastern votes for his presidency. However, after having been threatened with death by fascists, Zelenski has made a 180-degree turn and has since posed as a Ukrainian nationalist. As a consequence, he has lost all support in southeastern Ukraine. 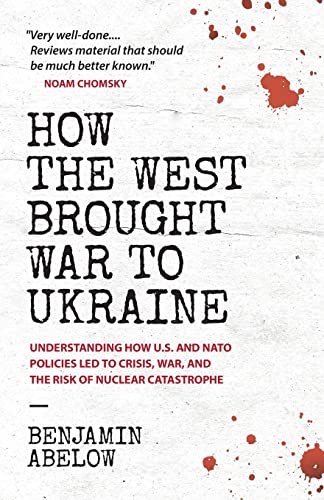 The southeastern parts of today’s Ukraine have for centuries been part of the central Russian empire. They were only attached to the Soviet Republic of Ukraine under Lenin’s rule in 1922 and, in the case of Crimea, in 1954 under Nikita Khrushchev who himself had grown up in the Donbas region.

A likely high turnout and majority vote for membership in the Russian Federation will only correct the historic misalignment created by those illogical transfers.