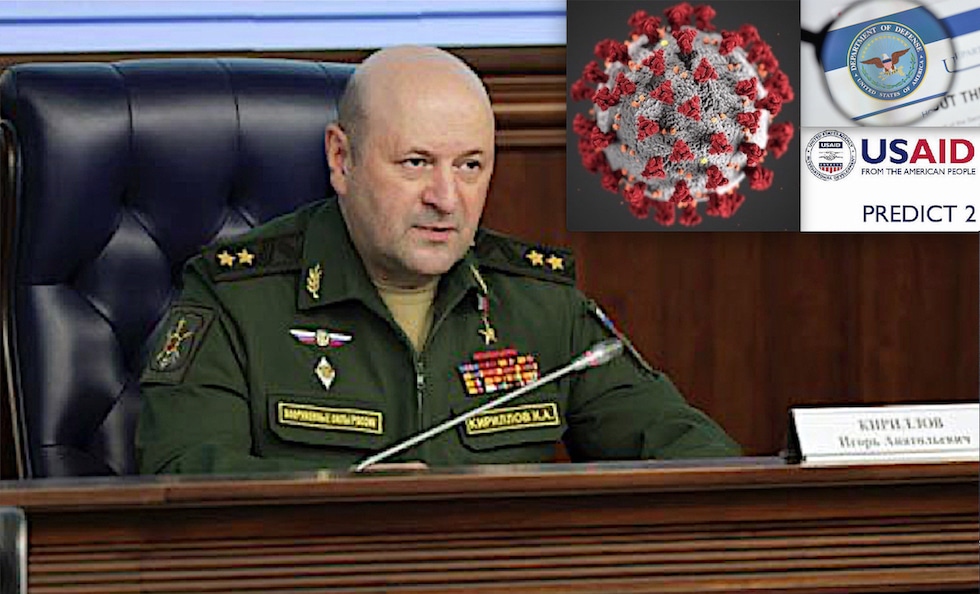 On December, 2020, a former senior intelligence analyst of the IDF (Israel Defense Forces) and the Israeli Ministry of Defense, Lieutenant Colonel Dr. Dany Shoham, microbiologist and expert in chemical and biological warfare in the Middle East, wrote on Begin-Sadat Center for Strategic Studies an article about manmade SARS-Cov-2.

«This debate is very complicated and contains the potential for explosive revelations on many levels, but intelligence communities around the world have stayed largely silent on the matter. This is both intriguing and unsurprising. Several Western countries, as well as Russia, India, Japan, and Australia, had formed intelligence estimates as early as January 2020 but kept their conclusions quiet» Shoham explained.

Now two different reports coming from Russia support the hypothesis of the Covid-19 pandemic virus created in the laboratory by pointing the finger at the US and the bacteriological laboratories opened by the Pentagon (US Department of Defense) in Ukraine.

In one of these analyzes, a Russian expert claims a disturbing thing: even the SARS of 2003 could be created in the laboratory.

This hypothesis assumes enormous relevance in light of the fact that previously the American medical doctor David E. Martin in his monumental work entitled ‘The Fauci Dossier” had highlighted the beginning of the dangerous coronavirus experiments by University of North Carolina in 2000, exactly as claimed by the professor. of genomics of the Russian Federation.

The high death rates of the first strains of coronavirus, which were recorded in the early 2000s and in 2012, may indicate that it could have been developed and used as a potential bioweapons, Professor Konstantin Krutovsky, chair of the laboratory of genomic research at Siberian Federal University and Professor of Goettingen University, told TASS on Friday, August, 5.

“It is hypothetically possible to develop a coronavirus as a potential biological weapon, as the mortality rates of the first strains of SARS-Cov-1 and MERS-Cov were very high. During the SARS-Cov-1 outbreak in 2002-2003, about 700 of about 8,000 infected patients died, which is 9%. Along with this, 800 patients died out of 2,500 infected people, which is already 32%,” Krutovsky noted.

Nevertheless, the scientist pointed that the probability to create “military” viruses targeting certain ethnic groups or certain countries was “next to impossible.”

“Despite the enormous genetic diversity of humans, the genetic differences between ethnic groups in metabolism, virus pathogenesis and fundamental physiological processes are small, as we all are the same species. Moreover, the populations of large countries are genetically and ethnically heterogeneous,” he concluded.

Differences in coronavirus lethality suggest it is man-made

On August 4, the Russian Defense Ministry said that it “is considering a possibility that the USAID (the United States Agency for International Development) is involved in the emergence of the novel coronavirus.

“According to the ministry, since 2009 the USAID has been funding the program to study novel coronaviruses and to capture bats. Prior to the COVID-19 pandemic, the Johns Hopkins University had conducted the Event 201 simulation exercise to train the response measures to the pandemic of a previously unknown coronavirus.

Significant differences in lethality of coronavirus variants and the uneven spread of the virus suggest that it is an artificial creation, Chief of Russia’s Nuclear, Biological and Chemical Protection Troops Lieutenant General Igor Kirillov said on Thursday, August, 4.

He reiterated that in May, Columbia University professor Jeffrey Sachs, a leading expert of the medical journal The Lancet, pointed at a conference in Spain to the possibility of a coronavirus arising artificially and with high probability with the use of American advances in biotechnology.

“According to our experts, this is evidenced by the uncharacteristic variability of gene variants that cause various peaks of their incidence, significant differences in lethality and infectiousness, uneven geographic spread and the unpredictable nature of the epidemic process as a whole,” Kirillov said.

All this “gives the impression” that the pandemic is being “artificially fueled” through the “planting” of new variants of the virus to a particular region, “despite the efforts made to contain it and isolate the patients,” he stressed.