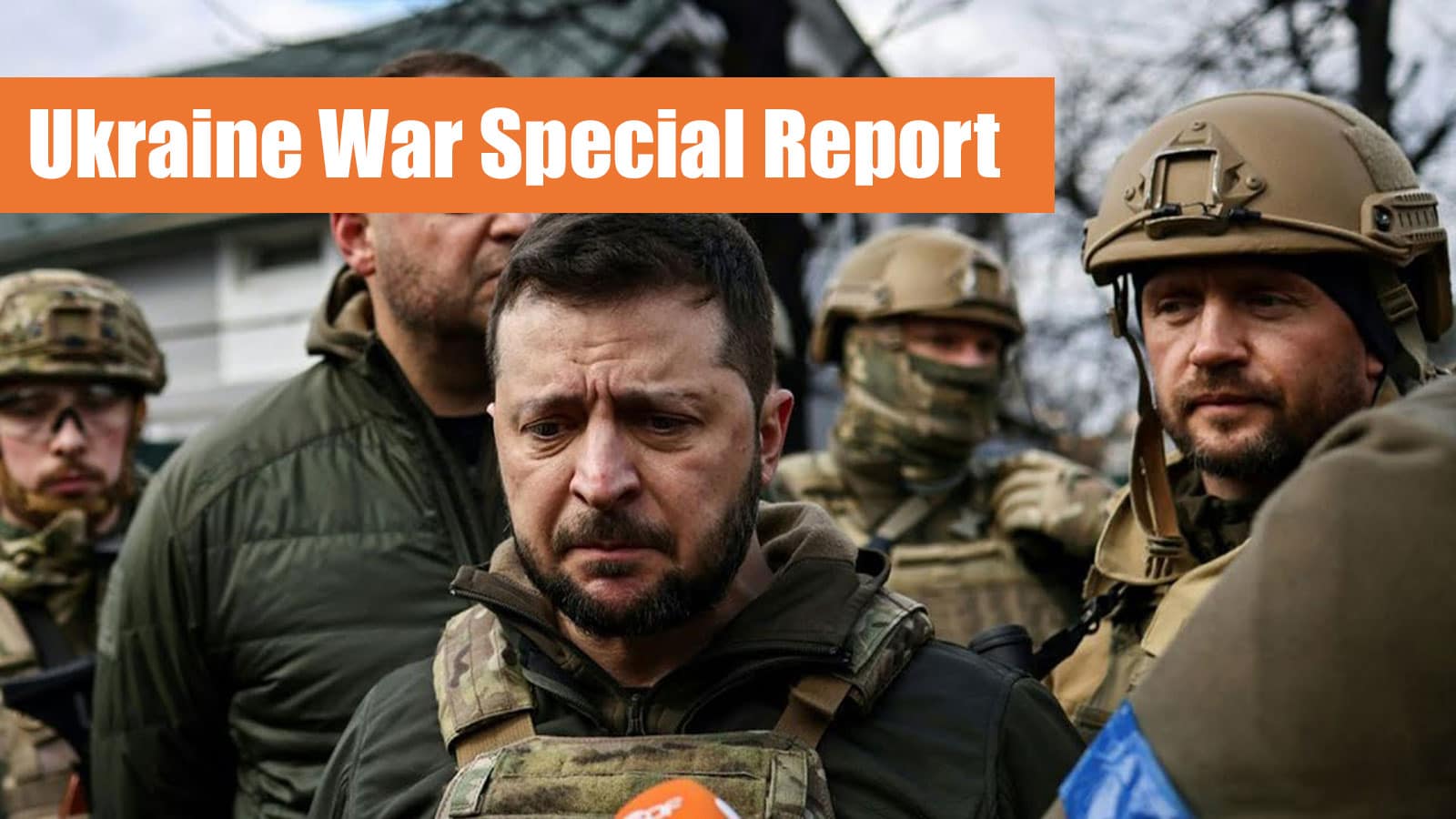 Today Vladimir Putin is being blamed by the western world for wrecking world peace and pushing the war in Ukraine towards a nuclear clash and possibly the 3rd World War. This is one part of the story and not the whole truth. If one takes a holistic view, the US was the villain of the peace.

After the end of the Cold War in 1991 when USSR had shrunk to Russian Federation and the US had become the sole superpower, the Reagan administration had given a commitment to Gorbachev that if Russia allowed smooth reunification of Germany, NATO wouldn’t expand into Eastern Europe.

Contrary to the agreement, the US and NATO controlled by the US unfolded its New World Order to monopolize the world and control its resources for the next 100 years. Governed by this objective the US focused on the Middle East, while NATO was told to keep expanding eastward with a view to encircle and contain Russia and dominate the eastern brim of Eurasia. In 1999, Poland, the Czech Republic and Hungary were taken in the loop. It didn’t halt its eastward drive in spite of loud protests made by Boris Yeltsin and his successor Putin. The CIA kept installing pro-US regimes in East Europe countries and in the Baltic States through color revolutions.

Matters didn’t end there; large numbers of breakaway Soviet Republics were made members of NATO and the latter’s strength was increased from 12 to 28. In some countries like Poland, the Czech Republic, and Romania, components of the Ballistic Missile Defence System were deployed.

Putin displayed strategic restraint from 2001 onwards since he was too deeply involved in sorting out the post-Soviet Russia mess left behind by Yeltsin and in suppressing separatist movements in Chechnya. He breathed new life into the vegetating Russia and reasserted its authority in the global power dynamics. Like China, Russia also adopted a defensive strategy and preferred peace over war. What Putin failed to do was to refurbish the military infrastructure, and eliminate or reduce massive corruption in the military, which had diluted the fighting spirit in officers and men.

Putin reacted to the regime change in Georgia in 2007 by retaking two of the provinces and bringing them under Russian control. Putin reacted again in March 2014 after the CIA inspired regime change in Kiev by occupying Crimea where the majority is Russian speaking. The occupation of Crimea and its port enabled the Russian Navy to break the monopoly of NATO in the Black Sea and Baltic Sea. This strategic gain encouraged the oppressed Russian-speaking separatists in Donbass region to start separatist movements in Luhansk and Donetsk duly supported by Russia. It became a major concern for the US and became one of the flashpoints.

Putin lost his cool when Ukraine under an American puppet Volodymyr Zelensky was offered to become a member of NATO. Although Ukraine had been denuclearized under an international deal, it still has nuclear and chemical plants managed by US and Israel, and it has a developed arms industry. It is the second largest supplier of grains, and it is located on the front porch of Russia. All the oil and gas supply lines to Europe go through Ukraine.

Hence Putin who wanted Ukraine to remain neutral and not to become part of a military alliance was forced to defend Russia’s sovereignty. The only way out for him was to invade Ukraine and to reintegrate it into the Russian Federation. Hence, circumstantially the war took place because of the US belligerence.

When Russia invaded Ukraine on February 24, 2022, Biden hastened to beef up the military presence in Europe to 100,000 troops, which had been scaled down by Trump. Bigger troop allocations were made to the countries bordering Russia and Ukraine like Bulgaria, Slovakia, Hungary, and Romania. HQ of the US 5th Army Corps was established in Poland and troops were shifted from Germany to Poland. Additional two squadrons of F-35s in the UK and two naval destroyers in Spain were deployed. The strength of NATO’s Rapid Deployment Force increased from 40,000 to 300,000.

Diplomatically, Putin stood on a higher plane after he saved the regime of Assad in Syria, while Biden was on a weaker wicket due to the US defeat in Afghanistan coupled with internal socio-political muddle. Russia enjoys a strategic relationship with rising China and both are pitted against the US as a common foe.

Militarily, Russia enjoys the advantage of border contiguity with the industrially advanced Donbass region in eastern Ukraine where the Russian-backed separatist movements in Luhansk and Donetsk provinces are raging since 2014. It has shorter supply lines, plenty of war munitions, and nuclear capability. In terms of the number of combat soldiers, Russia has 170,000 troops which include militias from Luhansk, Donetsk, and Chechnya. Ukraine has 250,000 uniformed men. Operationally and logistically, the Russian military has shortcomings and cannot sustain a prolonged war.

Putin initiated the war under the misplaced belief that the majority of Ukrainians wouldn’t put up resistance and it would be a cakewalk. He planned a swift and short war by launching three-pronged offensives from the east, south and northeast with armor in the lead, preceded by an air offensive to destroy Ukraine’s air-defense system, with a view to dispersing the defensive effort of the defender, thereby making it easy to capture Kiev and Kharkiv within days.

However, the force structure assembled to capture and occupy Kiev for a long duration was inadequate to achieve victory in a short time. The reason was the very long and circuitous supply line, absence of a direct road and rail network, and safe supply chain. Even if Kiev had fallen, the troops in occupation of Kiev couldn’t be sustained beyond a month or so due to logistics and management constraints. This became evident in nearby Kharkov, which was captured and then lost.

Strategically and operationally, the eastern and southern theatres of Ukraine were more advantageous than the northern theatre which was not sustainable, since Donbass and Crimean Peninsula were safer and ready-made springboards for launching operations.

Kiev was picked up as a diversionary objective not to capture it, but to create scare and panic in the western capitals, frighten Zelensky and force him to flee, trigger refugees’ exodus to neighboring countries, and break the will of the Ukraine Army.

Capture and loss of Kiev would have caused much more embarrassment to Putin than the loss of a few towns elsewhere. 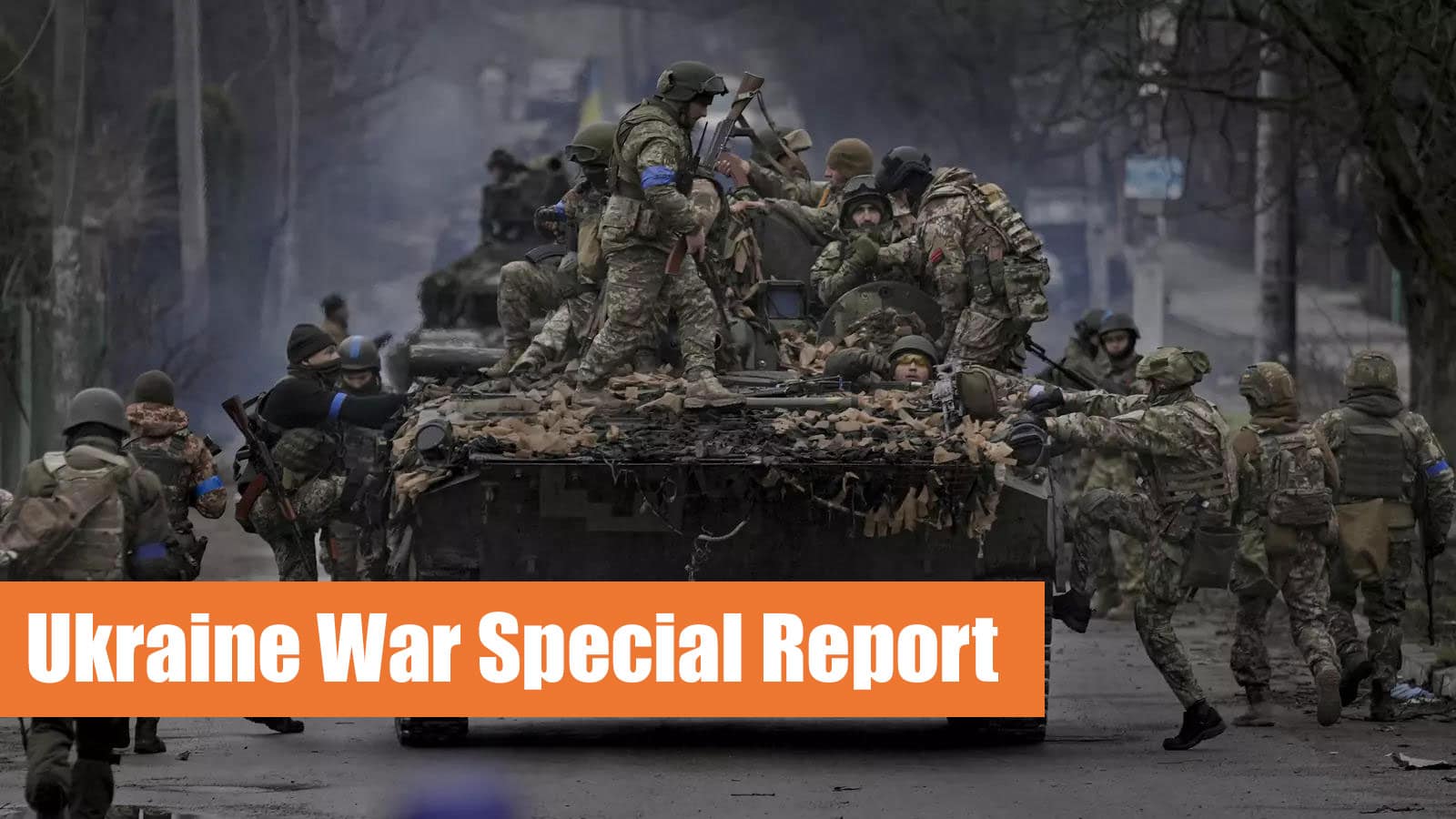 The US and NATO strategized to prolong the war as much as possible and to convert Ukraine into another graveyard for Russia. They knew that Russia didn’t have the capacity to sustain a long war and would soon be economically exhausted.

The US strategy hinged on Russia’s isolation through extensive propaganda war, crippling its economy through massive sanctions and embargoes, which included cutting off Russia’s oil and gas supply lines to Europe, and devaluing the Russian ruble. Regime change or declaring Russia a rogue State were other contemplated options.

While Biden as well as Europe want Ukraine to win the war at all costs, they do not want the war to morph into a 3rd World War. Restrained by this inhibition, both the US and NATO have restricted their support to financial and military aid and have refrained from taking part in the war physically.

With the massive supply of technical, ground, and air defense support from the US, EU, and UK, together with the induction of mercenaries, Ukrainian forces have put up a gallant fightback and have been able to save Kiev and blunt Russian offensives on various fronts; and at places have retrieved some lost regions.

Comparing the soldierly guts of the two foes, Ukrainians have proved to be better fighters. This edge is due to four factors: One. The continuous flow of sophisticated arms from the US-NATO. Two. Participation of the special forces of NATO in critical battles, plus intelligence. Three. Advantage of a superior cause to save the homeland. Four. 8 years of experience in fighting an irregular war in the east.

Apparently, it appears that Russia modified its war objectives after its troops faced unexpected tough resistance in the north and suffered heavy war casualties, and failed to capture the assigned objectives of Kiev and Kharkiv. This hypothesis is not wholly true. In my view, Moscow had not envisaged Kiev as its primary objective, but its main interest was in the eastern and southern regions which were comparatively easily digestible and sustainable.

Russian forces are now focusing on capturing the whole of the eastern region and the southern region with a view to creating a land corridor between Donbass and Crimean Peninsula. Crimeans are Russian speaking and so are the people of Luhansk, Donetsk, and Kherson.

Whatever gains made in Kharkov and then in Lyman (Donetsk region) on Oct 1, and the latest breakthrough in the south where Dudchany situated along the western bank of River Dnipro was recaptured on Oct 3, these are tactical in nature and have not changed the complexion of the war.

The tactical losses have shaken the Russian Army and caused worry to the Kremlin, but have not shaken the resolve of Putin and his armed forces. They are determined to hold on to their gains and recapture the lost towns and districts.

The Ukraine War is in its 8th month and so far there is no end in sight. Both sides have suffered heavy casualties but none are ready to give up. Putin’s failure will be as significant as Gorbachev’s, who had presided over the dissolution of the USSR. His victory will further discredit Biden and defeat of his party in mid-term elections in Nov this year would become inevitable.

Click to Read Part II: Victories on the battlefield have buoyed Ukraine >>>