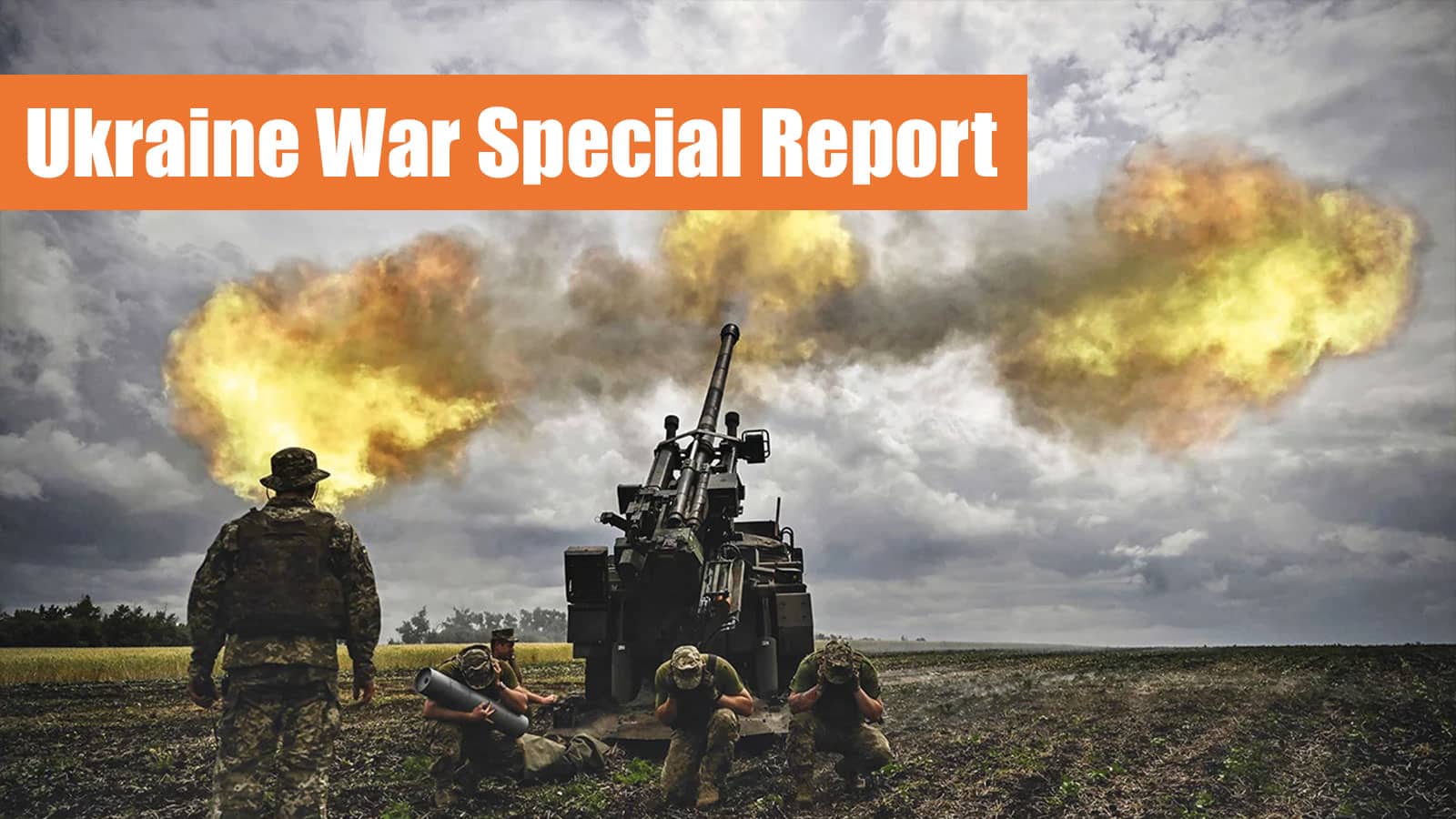 Go Back To Part I: NATO’s Eastward Expansionism

Buoyed by the heavy supply of arms and financial support to the beleaguered Zelensky regime by the US ($53 billion, with $12 billion in the pipeline and $ 2 billion for energy subsidies) and Europe, coupled with successes in Kharkov, Lyman, and Dudchany, recapturing 8000 sq km territory, Zelensky vowed to liberate the entire country as Russia pressed on with its referendums in Luhansk, Donetsk, Kherson and Zaporizhia regions. Zelensky is asking for German Leopard tanks to mount a bigger offensive.

He pledged to retake the southern Kherson region and the eastern Donbass which includes Luhansk, as well as Crimea. He didn’t specify how he intended to accomplish all this on his own.

The significant development is that the Ukraine forces have climbed the ladder from counterattacks to shallow counter-offensives. A deeper strategic counter-offensive will make the difference.

The US is failing to see that Ukraine is not winning the war despite these gains. Russian forces cannot be pushed out by the Ukrainian forces without the direct intervention of the US and NATO forces. And if they jump in, China is most likely to step in as well and that would mean a bigger conflagration.

Although Russian forces have been unable to push back Ukraine forces in a tight corner, they have an upper edge since they are in occupation of most of the eastern and southern parts of Ukraine including the Crimean Peninsula, and the Mariupol Port. The nuclear plant at Zaporizhia which has six reactors was captured by the Russians after prolonged and intense fighting. Total territory under their control comes to about 20% (110,860 sq km).

However, Putin finds himself in a quandary since he can neither win nor end the war. Large-scale induction of Iranian drones in the war zone might help in stabilizing the shaky Russian fronts.

The US-EU sanctions and blockade of Russian oil and gas supplies to Europe could neither devalue the ruble nor cripple the Russian economy. Much to the chagrin of the Biden administration, Saudi Arabia and UAE withstood the pressure and are trading oil and gas with Russia and China in ruble and yuan.

The ruble is the fastest growing currency in the world and Russia has offset oil and gas embargoes by finding new markets in China, India, Sri Lanka, Iran and other Asian countries, and has so far not suspended supplies to Europe.

Europe is suffering the most from the sanctions since it is procuring its energy needs from the US and elsewhere at much higher prices. Nord Stream 1 and 2 gas pipelines connecting Russia with Germany would have fulfilled the latter’s gas needs adequately but these have been blocked.

The US-EU sanctions on Russia are not sustainable since Europe cannot do without Russian gas in the approaching winters. Germany is likely to open the Nord Stream 2 pipeline. Hungary is already buying gas from Russia. Stopping Russian gas would open vistas for the US LNG to the EU via ships at a much higher price.

Economic sanctions are proving counterproductive since these have resulted in global price hikes.

The provision of logistics support to Ukraine for the last seven months is putting strains on the economies of the US and Europe which are still to recover from the effects of the 2008 global recession and COVID virus. While the US can sustain it, Europe cannot. While Euro and pound sterling has depreciated, the US dollar has become the strongest currency because of the increase of interest rates by the US Central Bank so as to reduce rising inflation.

The western assumption that Russia’s weak economy further bled by economic sanctions would make it near impossible for Russia to sustain a war beyond one month has proved wrong.

Putin had to exercise the option of referendums in the annexed four regions of Ukraine in haste in order to bolster the morale of his army, to quieten the anti-war lobbies and domestic critics, and checkmate western propaganda.

After the referendums in the last week of Sept, which went overwhelmingly in favor of Russia, the Russian Parliament approved it without any dissent, and agreements were signed by leaders of the four regions on Sept 30 to become subjects of the Russian Federation.

Putin in his referendums celebration speech at Kremlin spoke at length about western imperialism and highlighted the ugly face of the West whose history is soaked in human blood and in the pillage of other countries. He made it clear that western imperialism would be fought with full force and the anomalous world order replaced with a just and fair new world order. China fully subscribes to this idea. 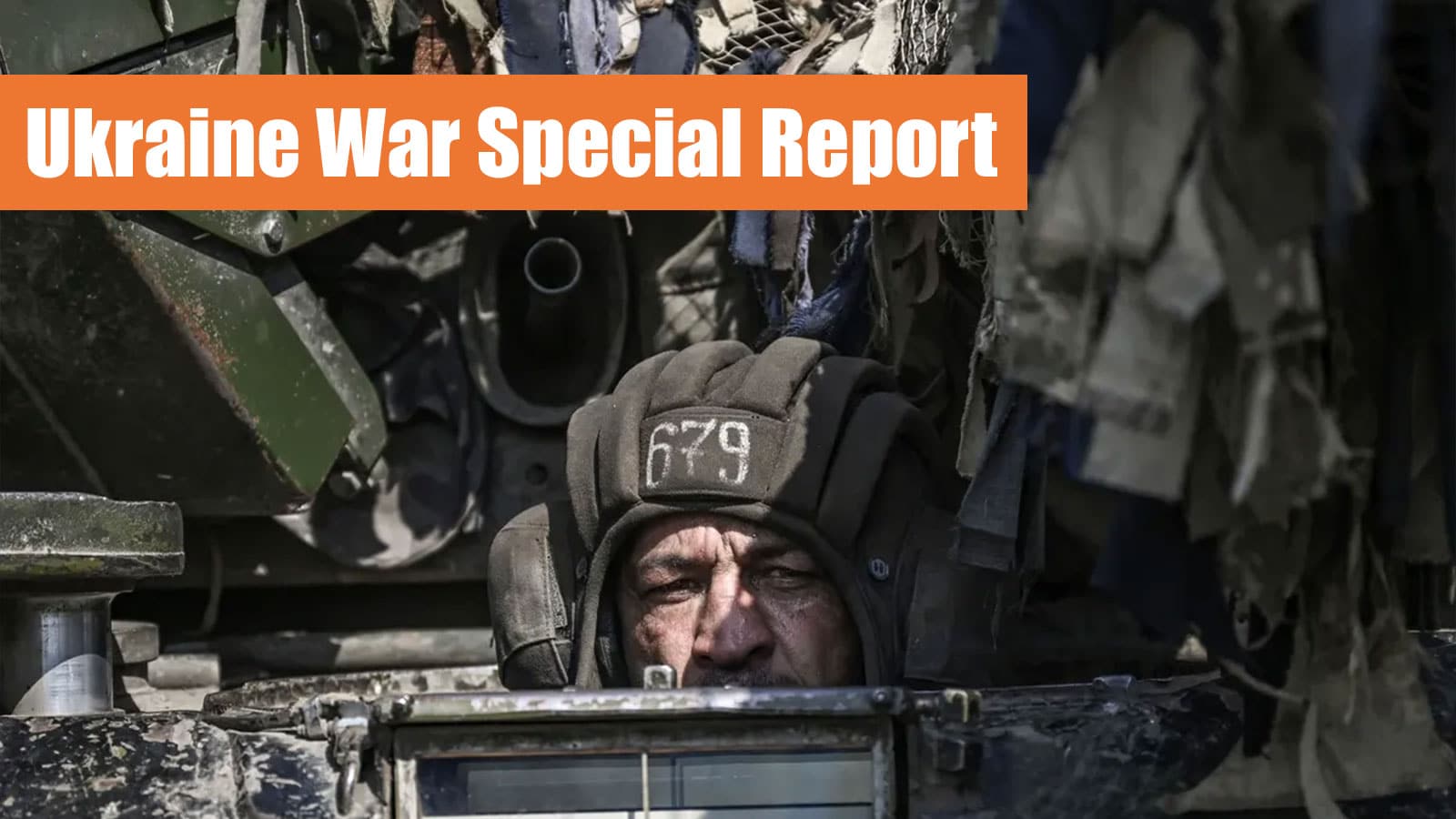 The demonization of Putin and the Russian Army

Western media is notorious for spreading lies, covering up their own sins, and in glamorizing their foreign exploits. Putin is being demonized by the West the same way as it did with Ho Chi Minh in Vietnam, Saddam in Iraq, Qaddafi in Libya, and Assad in Syria. He is being portrayed as a monster and the figures of Russian casualties in the war are bloated, saying 80,000 to 110,000 have been killed or wounded in the past 7 months, morale is low and defeat is staring at them.

The tactical victories have overexcited the western planners and warmongers, and they have assumed that the rout of the Russian Army has begun and Putin will soon be seeking a face-saving settlement.

The West is of the view that Putin’s referendums would not make a difference, nor the call to 300,000 reservists most of whom are unwilling to fight, and their induction would amount to reinforcing failure.

Sufferers of the Ukraine war

The Ukraine war is not hurting the US as much as Ukraine, Europe, and Russia. There is a school of thought which argues that the US is fighting a proxy war in Ukraine from a safe distance and that Ukraine has been made a sacrificial goat serve the US global interests. It is being glorified and cheered up to continue fighting irrespective of the destruction caused and human casualties suffered and pains borne by the millions of refugees.

Likewise, Europe is forced by the USA to suffer the consequences of the war and the sanctions, and to continue supporting Ukraine irrespective of their enervated economy, price hike, and extreme shortages of gas, oil, and grains, and to buy shale oil and LNG from the USA at much higher prices.

Four explosions on the two Nord Stream gas pipelines on Sept 26 which caused four leaks are suspected by Russia as an act of sabotage masterminded by the US-UK. Germany would suffer the most from their disruption.

Instead of exhausting Russia, the EU is getting exhausted and feeling the pungent pangs of inflation and price spiral.

Europe most vulnerable to the nuclear threat

In reaction to the counter-offensive of Ukrainian forces in Kharkov, Putin hinted at using tactical nuclear weapons (TNWs), and after the loss of Lyman on Oct 2, Chechen leader Kadyrov pressed for using TNWs. Losing the war would imply the fall of Putin and possibly the disintegration of the Russian Federation.

In case of an outbreak of a bigger war, Europe would be most vulnerable. And in the case of the use of low-yield nukes in Ukraine, the maximum fallout effects of the nuclear radiation would fall upon Europe. Similar will be the effect of leakage of any of the six reactors at Zaporizhia. The bigger influx of refugees will be in Europe. Global supply chains will get dislocated, and would further worsen the global economy.

Europe would never compromise its safety and security to save Ukraine, and if pressured beyond its capacity, it could strain EU-US relations.

The nuclear threat has made the overall situation volatile since all treaties of arms control and nuclear proliferation have been abandoned. The prospective horrendous scenario has alarmed the West.

Other than the spoilers and the merchants of war, who want a continuation of war to earn profits, many are exerting pressure on the US, NATO, EU, and UK not to push Putin against the wall, and to hold negotiations without further loss of time. They say that the war is still manageable and can be defused.

Anti-war and saner elements are keen to find a way out by putting aside jingoism and confrontation and adopting a policy of give-and-take.

Things would get out of control in case the Ukrainians achieve another significant military breakthrough, and the nuclear option is exercised.

After completing phase 1, Russia will consolidate its gains in phase 2, and might agree to a ceasefire and negotiate, but will never give up the annexed regions.

Putin will demand legalization of his annexations by the UN and the international community and is banking upon Turkey, China, France, and India to act as honest mediators.

Putin contemplates the four regions to act as a buffer between Russia and NATO’s expansionism.

The US agrees to keep Ukraine neutral and not to become a part of a military alliance.

Demolition of nuclear and chemical plants in Ukraine.

The four annexed regions are to be accepted as a fait accompli. Or else, the contested Donbas region to come under the domain of the UN for the next six months. The UN arranged a fair and free referendum to let the people decide their future. Crimea to remain part of Russia.

Russia is to be accepted as part of Europe, all the pipelines from Russia to be restored and Russia is allowed to trade in rubles.

The US and NATO make a commitment to the UN that there will be no more CIA-motivated regime changes and membership of NATO from the former republics of Russia.