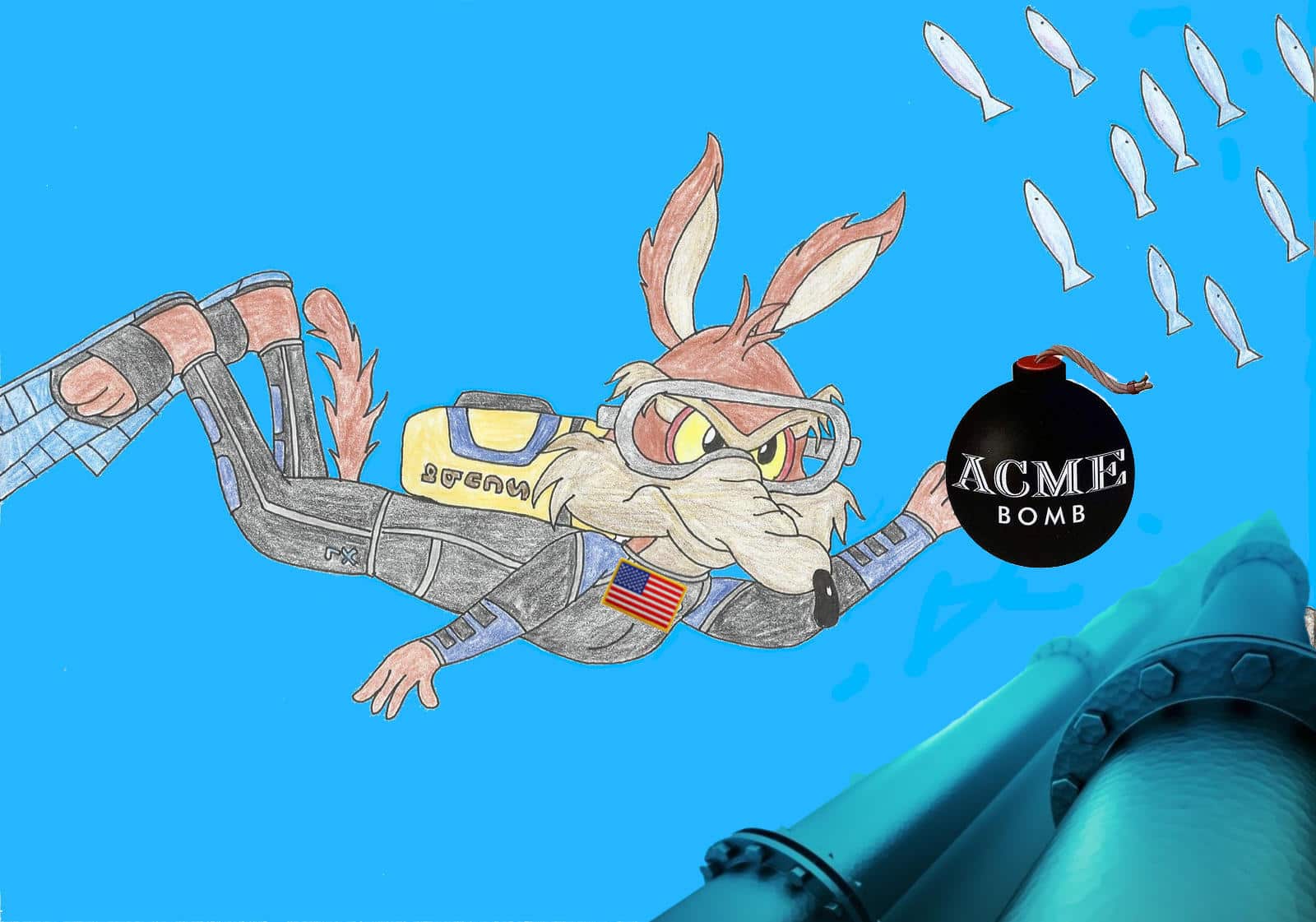 After “parties not-so-unknown” bombed the Nordstream gas pipeline, Anthony Blinken celebrated the “tremendous opportunity.” He assumed the whole Nordstream operation was out of commission. That would have given US producers the chance to make billions of dollars robbing Europe blind selling overpriced gas.

But Blinken may have celebrated too soon. According to Bloomberg News:

After the suspected sabotage of the network last week in a series of explosions, Gazprom said on Monday three of the lines were affected and one wasn’t. The gas giant has lowered pressure on the unaffected line B of Nord Stream 2 to inspect the link for damage and potential leaks, it said in a statement on its Telegram account.

“The vaunted US Navy screwed up. In the murky depths of the Baltic Sea they planted their explosives to blow up the ***FOUR*** pipes of the NS 1 & NS2 gas pipelines. (You didn’t know there were four pipes, did you? Neither did I.) But they appear to have screwed up and placed two of the explosive packages on one of the NS2 pipes — line A — leaving the other pipe — line B — with no explosive charge, and subsequently ***NO DAMAGE***. Line B is therefore ***READY TO GO*** with a capacity of 27.5 billion cubic meters per year … which for comparison is 50% of total capacity of Nordstream 1, which as you may recall was recently reduced to 20% capacity before being shut down completely. (2.75 times the capacity of the newly-opened Norway-to-Poland gas pipeline).”

So if Germany gets annoyed at the arrogant American terrorists’ attempt to loot and wreck their economy, all the Germans have to do is cancel their sanctions on Russia and ask Putin to turn on the spigot, which could cause NATO to quickly unravel. If that happens, the Nordstream terror attack will turn out to be one of the worst own goals in strategic history.

Even if this worst-case scenario (from the US perspective) fails to quickly materialize, the botched Nordstream bombing could rebound disastrously against the perpetrators. Cutting Germany’s Russian gas lifeline and replacing it with inadequate quantities of overpriced US gas may have sounded like a good idea in the short term, since it will butress the dollar against the euro and keep the EU tethered to its US vassal status, cut off from the vast resources of Russia. But over the medium term, as non-Western nations continue to gain ever-greater shares of global GDP while the West declines, sabotaging the economy of your biggest vassal seems self-defeating, even in the unlikely event that the Europeans never decide to push back.

The Nordstream terror fiasco takes its place in a long series of stunningly stupid moves by the world’s erstwhile hegemon. The US could have thrived in the post-Cold-War environment by making win-win deals with all major nations and civilizations. Instead, as Putin observed in last week’s speech, it has managed to alienate most of the world with its psychopathic arrogance and blood-splattering vandalism. By looting Russia and pushing NATO eastward in the 1990s, launching a false flag war on Islam in 2001, and more recently alienating Russia, China, Iran, and the whole Islamic world simultaneously, the strategic geniuses running America’s national security state seem to be deliberately creating the mother of all anti-Western coalitions.

Does the Empire harbor a secret death wish? Is unconscious guilt (at betraying the American Republicand mass murdering millions abroad) driving the national security brain trust to self-destruct? Maybe. But first let’s consider two other explanations, one obvious, the other conspiratorial.

First the obvious one: The permanent US national security state has been absolutely corrupted by absolute power. When the Cold War ended and the US emerged as a unipolar hegemon, the managers of empire started to believe “We’re an empire now, and when we act, we create our own reality.” That’s hubris at best, psychosis at worst. They started to think they could get away with just about anything. Such delusions of grandeur unleashed a feeding frenzy among those who gorge themselves at the military-industrial-complex trough. Corruption and incompetence danced off together in a self-reinforcing positive feedback loop. Nobody had to worry much about the real-world consequences of bad decisions, because “we” lived in “our own reality” of apparent omnipotence.

But US policy has been so conspicuously self-destructive that it’s hard not to wonder whether it might be intentional. Could some hostile power have taken over the American brain and driven the nation to self-destruction, the way toxoplasmosis parasites take over the brains of mice and make them fall in love with cats?

The nation poised to gain the most from self-defeating US policies is China. Whoever decided to export American manufacturing to China, then waste more than $7 trillion fighting Muslims for no particular reason, then pick a fight with Russia in Ukraine, might as well have been a Chinese sleeper agent. Even the belated anti-China trade war launched in 2019, followed by the apparent COVID attack on Wuhan, were so insanely ineffective that they could easily have been scripted by a CCP version of Dr. Fu Manchu.

But there is no evidence that the CCP is secretly running US foreign policy. If there is a toxoplasmosis type parasite steering Uncle Sam’s brain, it would be the Zionist neocons. These people are drunk on Leo Strauss’s self-styled philosophy of evil. The whole notion of win-win give-and-take diplomacy and negotiation is foreign to them. They never met an act of extreme imperial chutzpah they didn’t like. From 9/11 and the wars it was designed to spark, to the 2014 de facto declaration of war on Russia through the coup in Kiev, to the late autumn 2019 COVID attack on Wuhan and Qom, to the recent blundering attempt to take Nordstream permanently off-line, the neocons keep doing insane things ostensibly designed to strengthen the US empire, but covertly undermining it.

Are the Zio-cons scheming to destroy the US and then dominate the New World Order that arises from its ashes? Or are they merely so unhinged and fanatical in their pro-US-imperial hubris that they keep doing insanely counterproductive things?