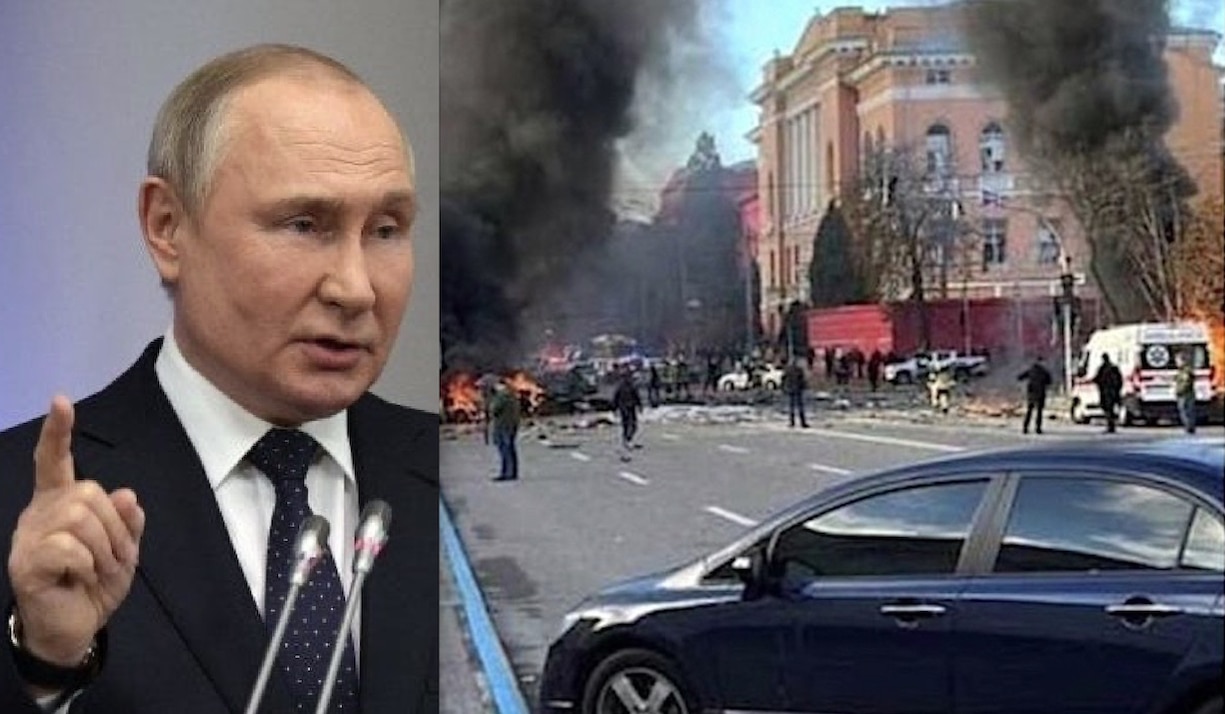 If Ukraine orchestrates more terrorist attacks against Russia, there will be a significant military response similar to the one launched on Monday, Russian President Vladimir Putin has said.

He confirmed that Russian forces had carried out a “massive strike with long-range precision weapons on Ukrainian objects of energy, and military control and communications.” The attack came two days after a bomb damaged the strategic Crimean Bridge, which Moscow called a Ukrainian terrorist attack.

“If there are further attempts to conduct terrorist attacks on our soil, Russia will respond firmly and on a scale corresponding to the threats created against Russia,” Putin added.

Earlier in the day, multiple regions of Ukraine came under missile strikes, with at least 11 key infrastructure facilities damaged, according to Ukrainian Prime Minister Denis Shmygal. Putin stated that Russia was retaliating for a number of attempts to strike Russian infrastructure that have been attributed to Kiev.

Among other things, Ukraine has damaged high-voltage power lines that feed electricity generated by the Kursk Nuclear Power Plant, tried to sabotage the TurkStream natural gas pipeline, and was behind Saturday’s explosion that damaged the Crimean Bridge, Putin stated.

“The Kiev regime has been using terrorist methods for a very long time,” the Russian president said, citing targeted assassinations of public figures, the indiscriminate shelling of Donbass cities and of the Zaporozhye Nuclear Power Plant as examples of such actions.

“De facto, the Kiev regime has put itself on par with international terrorist groups, the most odious of them. Leaving such crimes without a response has become impossible,” he stressed, before confirming that Russia had attacked Ukrainian infrastructure.

In addition to blaming Ukraine for the series of attacks on Russian infrastructure, Putin mentioned the disabling of the Nord Stream undersea pipelines. He said that Russia was being barred by European nations from investigating the sabotage and reiterated that “we all know well the ultimate beneficiary of that crime.”

Putin made the remarks as he chaired a meeting of Russia’s National Security Council.

The sabotage of the power lines connected to the Kursk Nuclear Power Plant was reported in mid-August. According to Russia’s security agency, the FSB, Ukrainian agents launched a series of attacks and took down six transmission towers, endangering power supply to the border Kursk Region and other parts of Russia.

The attempt to destroy Russian energy infrastructure used to supply hydrocarbons to Türkiye and southern Europe was reported by the FSB last month. Unlike with the incidents in Kursk Region, the would-be saboteur was captured and evidence was collected that the suspect was doing the bidding of Ukraine, according to law enforcement.

Saturday’s explosion on the Crimean Bridge, a key link between the peninsula and mainland Russia, killed several civilians and partially collapsed the portion of the bridge used by vehicles. Aleksandr Bastrykin, the head of the Russian Investigative Committee, reported to Putin on Sunday that Ukraine was behind the crime, with the Russian leader concurring that there was “no doubt” about it.