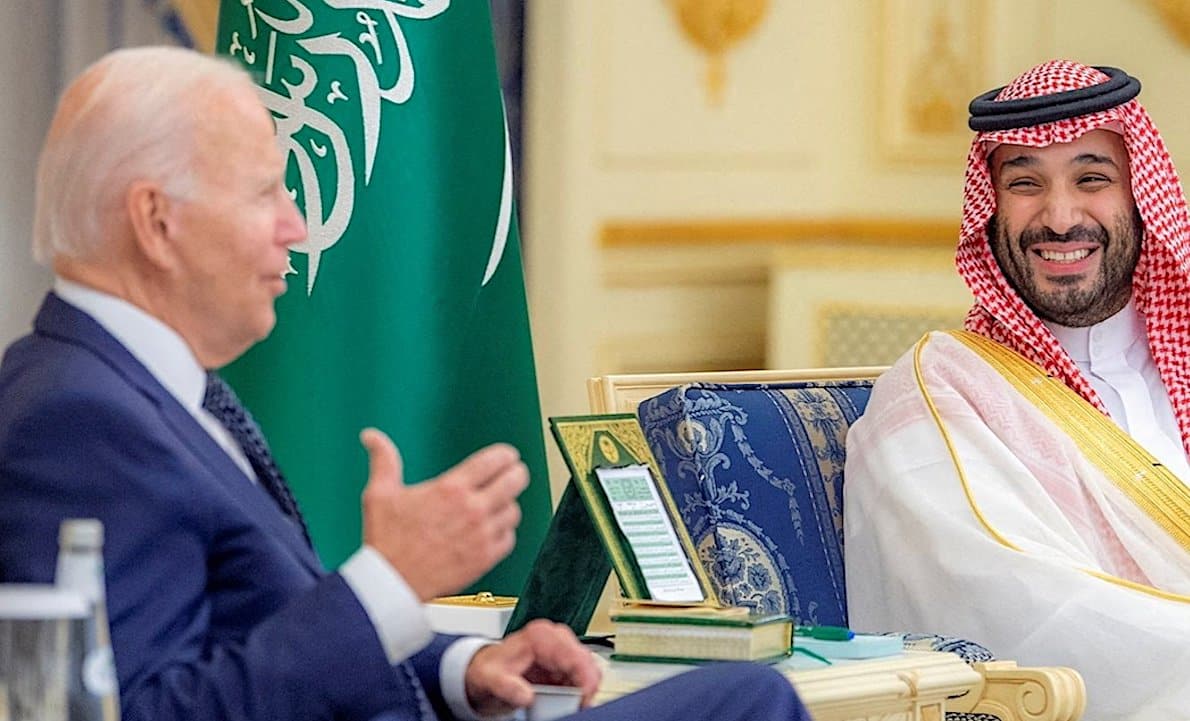 – The production cut agreed upon by OPEC+, a grouping that joins Saudi-dominated OPEC with Russia and smaller non-OPEC producers, signals Saudi unwillingness to sanction Russia for invading Ukraine.

– The production cut calls into question the effectiveness of the U.S. decision to engage MBS directly, including through the July 2022 presidential visit to the Kingdom.

– MBS’s most recent demonstration of his ability to frustrate U.S. policy comes just ten days after he was elevated to the post of prime minister, further shoring up his grip on power in the Kingdom.

On October 5, OPEC+, an alliance between the longstanding Organization of Petroleum Exporting Countries (OPEC) cartel and ten other oil exporters led by Russia, announced a production cut of 2 million barrels per day (bpd), as of November.

The cut was approximately double the 1 million BPD that global oil market experts said they expected. Oil ministers of the 20-country alliance – ten OPEC countries and ten non-OPEC exporters – stated that the large cut was needed to better align supply with reduced demand as growth slows in major industrialized economies. Many central banks are tightening financial conditions to address elevated levels of inflation – a monetary policy cycle that could precipitate recessions in European countries as well as the United States.

The announcement reduces the daily oil production quotas for both Russia and Saudi Arabia by 526,000 bpd each. However, because European sanctions on Russia for its Ukraine invasion have already reduced Russian oil exports, in practice only Saudi Arabia will be reducing production by that large a figure. Saudi officials add that the Kingdom’s acceptance of a large production cut will also help rebuild substantial Saudi spare production capacity.

Quota cuts for several other major exporters in the Persian Gulf region, including Iraq, Kuwait, and the United Arab Emirates (UAE) were substantial, but still far less than the cut adopted by Saudi Arabia. Yet, some oil experts indicated that, because many of the OPEC+ members are already producing below their allotted quotas, the actual reduction in oil exports on global markets will, in fact, come close to the 1 million BPD that the U.S. and other leaders had expected.

Even if the actual reduction in oil exports turns out to be far lower than the announced figure, the damage to U.S. relations with leaders of some of the oil exporters in the grouping, particularly Saudi Arabia, is likely to be substantial. U.S. officials denounced the OPEC+ decision as “shortsighted” – reflecting concerns that the production cut could increase world oil prices and complicate U.S. and allied efforts to tackle inflation.

This is of particular concern for the Biden administration as the production cuts will raise gas prices in the U.S. going into the midterm elections. Although official U.S. reactions did not single out any leaders by name, it was clear from press reports that U.S. officials were particularly frustrated with MBS. The de-facto Saudi leader, who was elevated by his father in late September to the post of prime minister – formal head of government – clearly cooperated with the Kremlin in deciding on the larger-than-expected production cut. Putin has been a U.S. adversary, particularly since the Russian invasion of Ukraine in February, and he has weaponized Russian energy exports to pressure the United States and its NATO allies to reduce their military support for Ukraine.

MBS’ Saudi Arabia, by contrast, is a longstanding and close regional partner of the United States. Despite MBS’ role in the October 2018 killing of Saudi dissident journalist Jamal Khashoggi and a widely criticized Saudi-UAE military intervention in Yemen, President Biden has sought to engage the young leader directly, particularly by making a high-profile visit to the Kingdom in July. The OPEC+ production cut is likely to revive the tensions between MBS and U.S. leaders which President Biden’s visit had sought to ease.

MBS’ role in the OPEC+ production cut raised questions about whether U.S. leaders would continue to engage with MBS or return to a critical stance, even though MBS is now almost certain to ascend to the Saudi throne after his father hands over power. Some U.S. leaders immediately commented on possible options to counter MBS’ apparent support for Russian President Vladimir Putin and the Saudi leader’s perceived gloating about his ability to repeatedly contradict U.S. policy with seeming impunity. Some in the U.S. Congress say they might revive draft legislation to penalize officials of OPEC member states as organizers of a cartel – defined as a group that colludes to control the supply of a good or service.

Others sought to target MBS and Saudi Arabia more directly, despite the longstanding U.S.-Saudi partnership that U.S leaders have consistently argued serves U.S. national security interests. One suggestion offered by experts and some elected U.S. officials could be to cut off the Kingdom from new sales of sophisticated U.S. weaponry, such as combat aircraft. However, most U.S. officials contend that limiting arms sales would harm the U.S. strategy of empowering the Kingdom and other regional states to counter the emerging missile and armed drone threats from Iran, without direct U.S. involvement.

Although no U.S. option to retaliate against MBS is cost-free, it is certain that MBS’ engagement with Putin’s regime to limit oil production at a crucial time for Western economies will energize prominent critics of U.S. relations with MBS and the Kingdom more broadly.