At 12:15 p.m. local time, a motorized rubber dinghy loaded with explosives blows a 40-by-40-foot hole in the port side of the USS Cole, a U.S. Navy destroyer that was refueling at Aden, Yemen.

Seventeen sailors were killed and 38 wounded in the attack, which was carried out by two suicide terrorists alleged to be members of Saudi exile Osama bin Laden’s al Qaeda terrorist network. 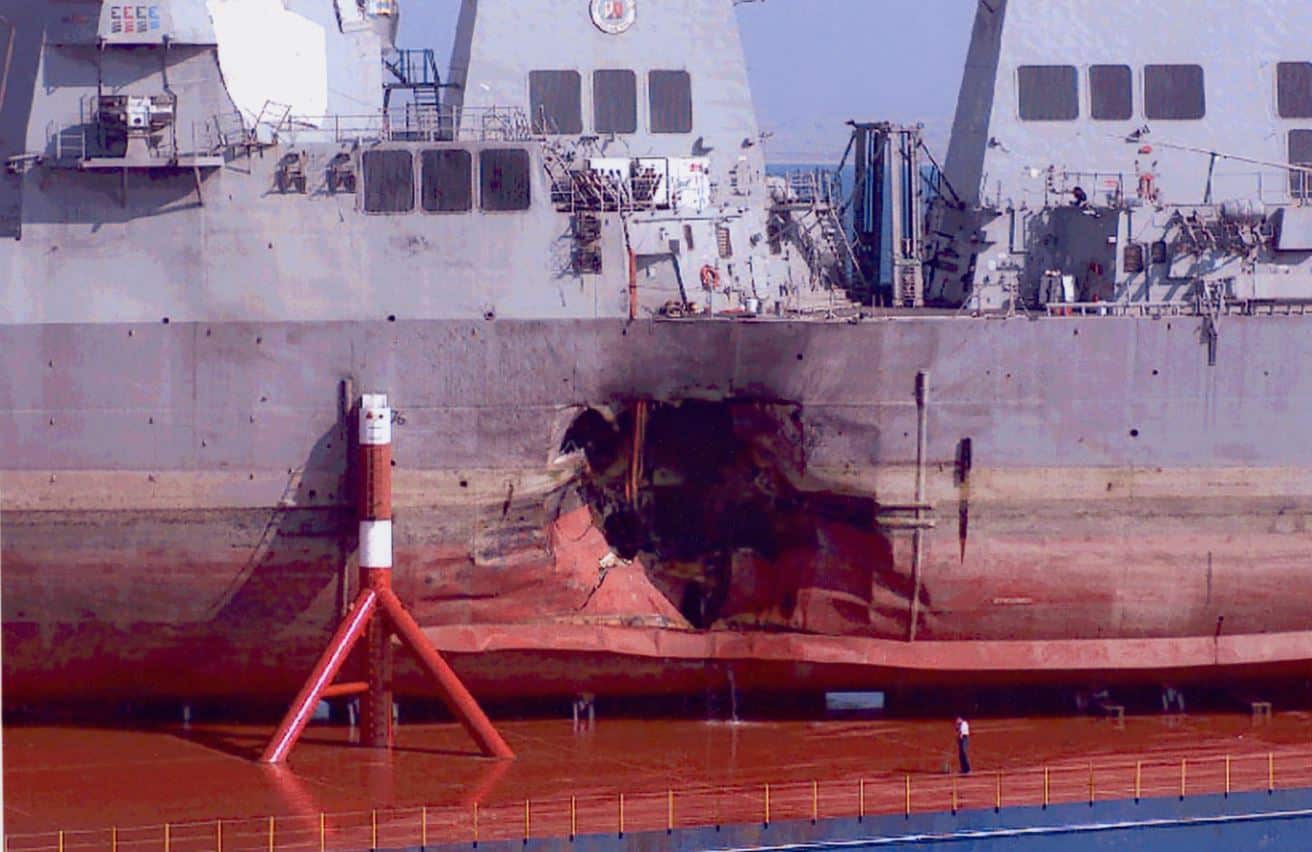 The Cole had come to Aden at the southern tip of the Arabian peninsula to refuel on its way to join U.S. warships that were enforcing the trade sanctions against Iraq.

It was scheduled to remain in the port for just four hours, indicating that the terrorists had precise information about the destroyer’s unannounced visit to the Aden fueling station. The terrorists’ small boat joined a group of harbor ships aiding the Cole moor while it was refueling, and they succeeded in reaching the U.S. warship unchallenged.

Their dinghy then exploded in a massive blast that ripped through Cole’s port side, badly damaging the engine room and adjoining mess and living quarters. Witnesses on the Cole said both terrorists stood up in the moment before the blast.

The explosion caused extensive flooding in the warship, causing the ship to list slightly, but by the evening crew members had managed to stop the flooding and keep the Cole afloat. In the aftermath of the attack, President Bill Clinton ordered American ships in the Persian Gulf to leave port and head to open waters.

A large team of U.S. investigators was immediately sent to Aden to investigate the incident, including a group of FBI agents who were focused exclusively on possible links to Osama bin Laden. Bin Laden had been formally charged in the U.S. with masterminding the 1998 bombings of U.S. embassies in Kenya and Tanzania that killed 224 people, including 12 Americans. 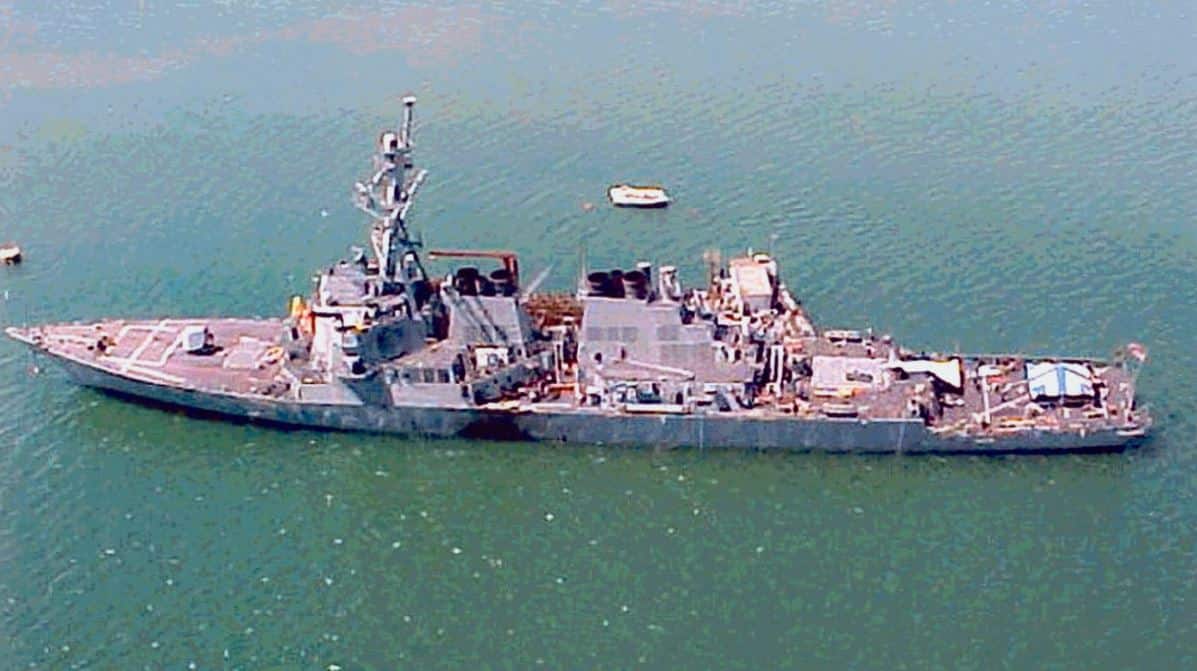 Six men believed to be involved in the Cole attack were soon arrested in Yemen. Lacking cooperation from Yemeni authorities, the FBI has failed to conclusively link the attack to bin Laden.