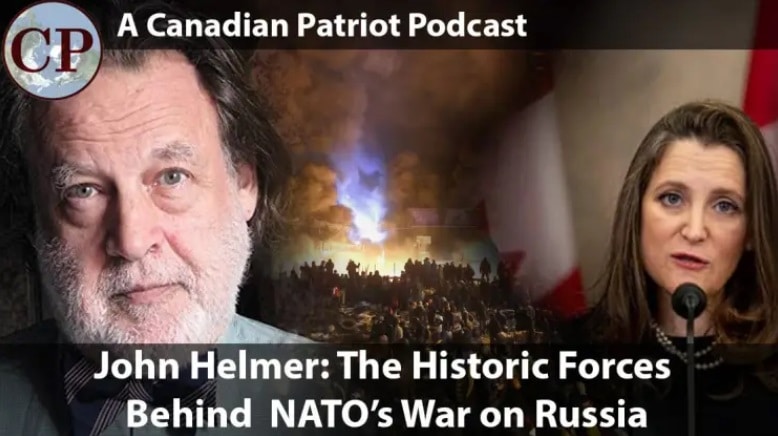 In this Canadian Patriot Podcast, Matt Ehret talks to journalist John Helmer (www.johnhelmer.net) on the topic of the long wave of history now crashing into the beaches of the present age in the form of a geopolitical tsunami.

Not only do we unpack the current events of the Anglo-American proxy war with Russia that began long before the official special military intervention was launched in February 2022, but we also discuss the role of geopolitical operative Chrystia Freeland her Nazi roots, and the broader structures of power shaping the Ukraine-Russian conflict.

Much of John Helmer’s origin story is also discussed at length from his time working in the administration of Australia’s Gough Whitlam, to Jimmy Carter’s administration to the Prime Minister of Greece Andreas Papandreou and Sri Lankan Prime Minister J.R. Jayewardene in the 1980s. From his work in the legal sector across various nations of the world, Helmer describes how he found himself in the world of Russian journalism going on to become the world’s longest continuously serving foreign correspondent in Russia starting in 1989 with his own independent Moscow bureau, and the various enemies he made along the way.

Click on the links below to watch the full interview on Rumble, Bitchute or SoundCloud:

Or watch on Bitchute here

and listen on SoundCloud by clicking below: