The Cuban Missile Crisis begins on October 14, 1962, bringing the United States and the Soviet Union to the brink of nuclear conflict.

Tensions between the United States and the Soviet Union over Cuba had been steadily increasing since the failed April 1961 Bay of Pigs invasion, in which Cuban refugees, armed and trained by the United States, landed in Cuba and attempted to overthrow the government of Fidel Castro. 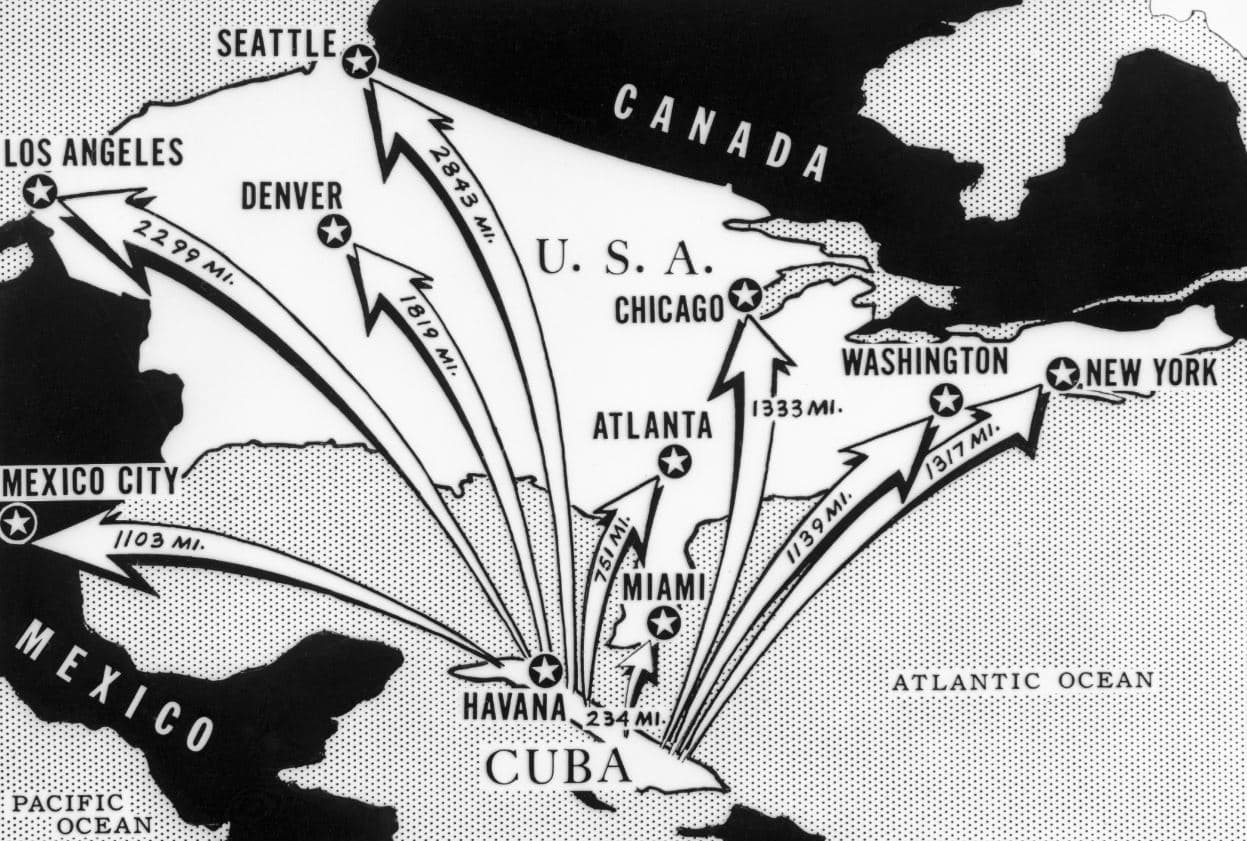 Though the invasion did not succeed, Castro was convinced that the United States would try again, and set out to get more military assistance from the Soviet Union. During the next year, the number of Soviet advisors in Cuba rose to more than 20,000.

Rumors began that Russia was also moving missiles and strategic bombers onto the island. Russian leader Nikita Khrushchev may have decided to so dramatically up the stakes in the Cold War for several reasons. 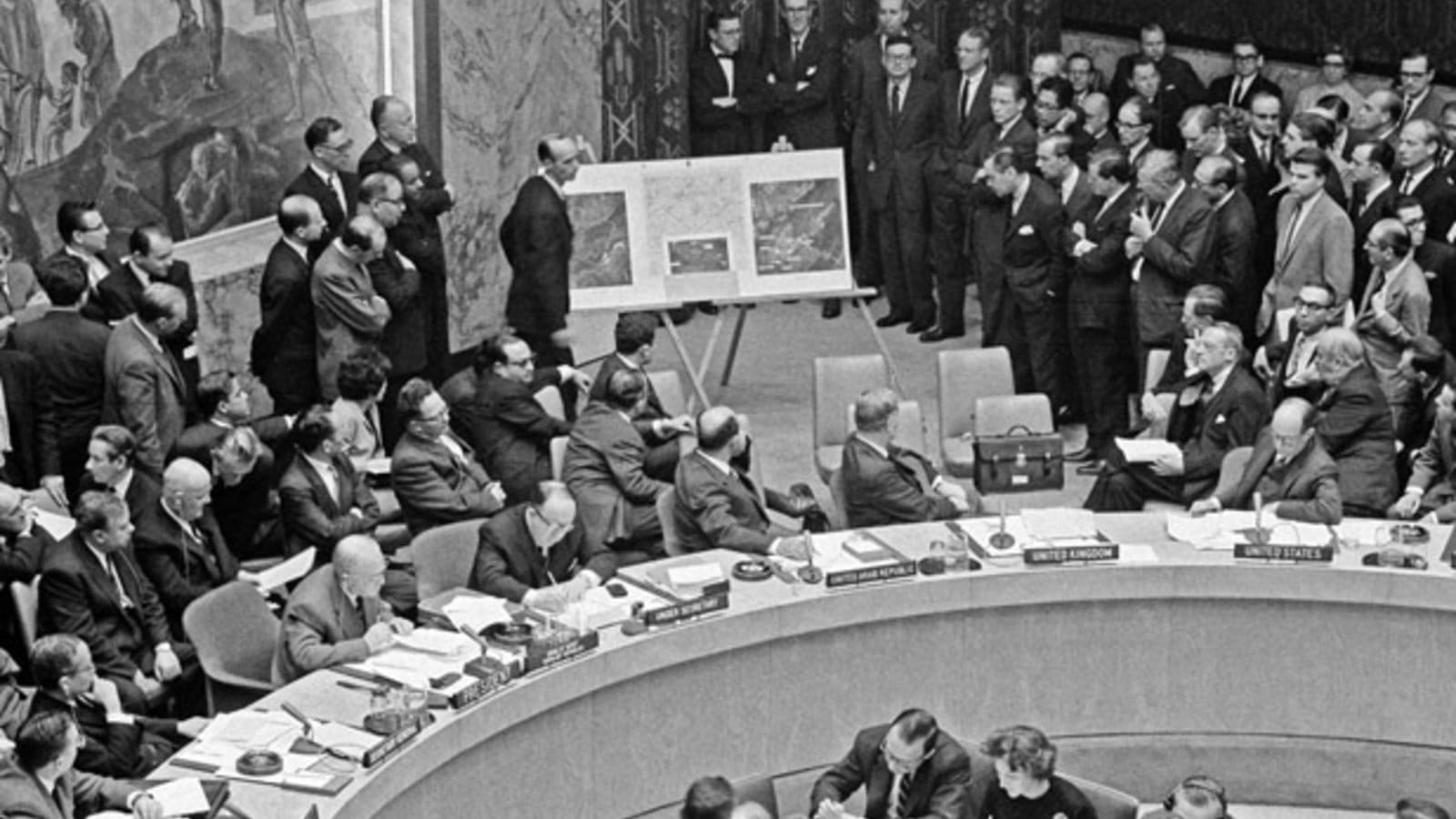 He may have believed that the United States was indeed going to invade Cuba and provided the weapons as a deterrent.

Facing criticism at home from more hard-line members of the Soviet communist hierarchy, he may have thought a tough stand might win him support. Khrushchev also had always resented that U.S. nuclear missiles were stationed near the Soviet Union (in Turkey, for example), and putting missiles in Cuba might have been his way of redressing the imbalance. Two days after the pictures were taken, after being developed and analyzed by intelligence officers, they were presented to President Kennedy.

During the next two weeks, the United States and the Soviet Union would come as close to nuclear war as they ever had, and a fearful world awaited the outcome.