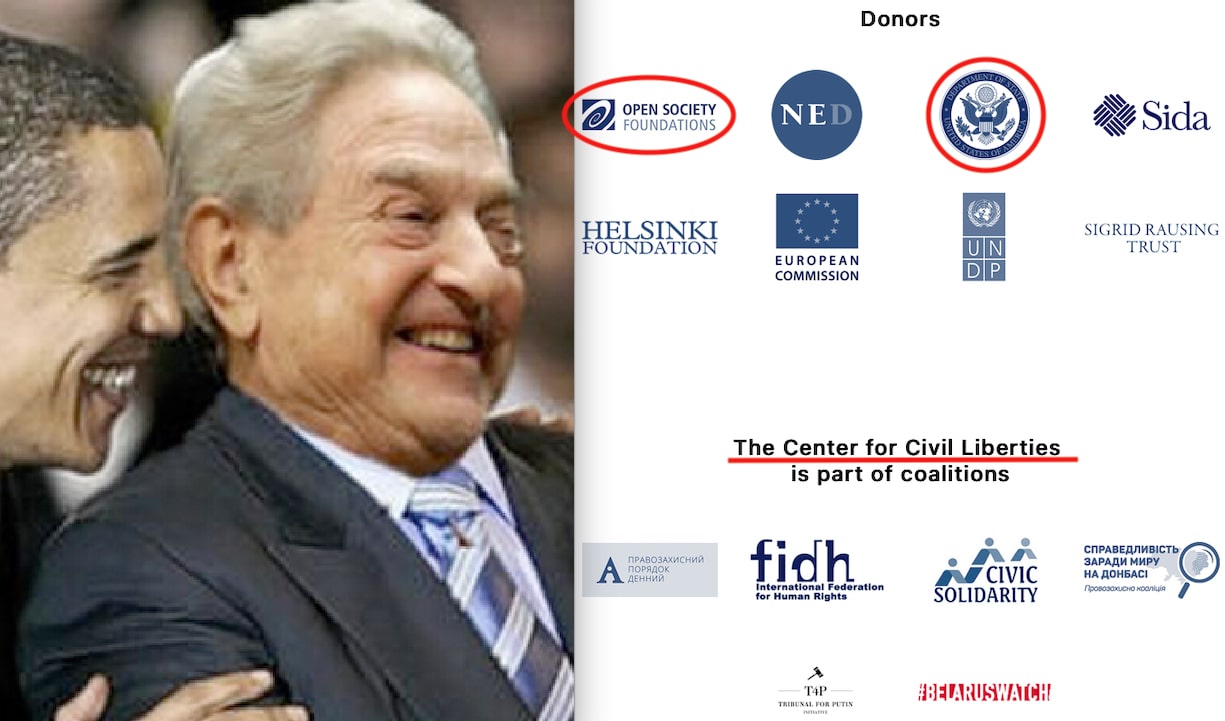 The mainstream narrative carried out by the New World Order controlled by the Weapons Lobby, which for twenty years has been wreaking wars in every corner of the planet, does not stop its race in proposing false truths alternatives to the reality of the facts.

«By awarding the Nobel Peace Prize for 2022 to Ales Bialiatski, Memorial and the Center for Civil Liberties, the Norwegian Nobel Committee wishes to honour three outstanding champions of human rights, democracy and peaceful co-existence in the neighbour countries Belarus, Russia and Ukraine. Through their consistent efforts in favour of humanist values, anti-militarism and principles of law, this year’s laureates have revitalised and honoured Alfred Nobel’s vision of peace and fraternity between nations – a vision most needed in the world today» we can read in the official website.

«This Nobel Peace Prize is not a message to Putin for his birthday or for any other reason. The Peace Prize is never against anyone, but to promote those who stand up for civil society and human rights. It is certain that Putin’s government and the Belarusian government represent an authoritarian government that represses human rights activists» said Chair Berit Reiss-Andersen in her announcement, perhaps forgetting the pro-Russian journalists listed by Italy and the Russian media censored by the Commission EU that bought arms for Ukraine.

«After Russia’s invasion of Ukraine in February 2022, Center for Civil Liberties has engaged in efforts to identify and document Russian war crimes against the Ukrainian civilian population. In collaboration with international partners, the center is playing a pioneering role with a view to holding the guilty parties accountable for their crimes» the leader of Norwegian Nobel Committee added.

The lawyer also seems to have forgotten that the “rival” Volodymyr Zelensky, president of Ukraine supported by Civil Liberties activists as well as neo-Nazis, had killed a delegate for peace negotiations with impunity by the SBU Security Service and appears to be responsible, as also credited by recent reports in the New York Times, of the lethal attack to Darya Dugin, daughter of the Russian philosopher Alksander.

We do not go into the merits of the alleged Belarusian hero known for his work with the Viasna Human Rights Center of Belarus whose Nobel Committee has asked for the release of Belarus although he was jailed on July 14, 2021 for… tax evasion!

I want to focus on the alleged human rights movement born in Kiev in 2007, three years after the Orange Revolution financed by George Soros with his own pride, in the same year in which the geopolitical meetings Kiev Security Forum began, leading US financiers along with various emerging NGO personalities.

Among these, Center for Civil Liberties claimed, on paper, a “noble” mission although later proved to be fundamental for the 2014 coup and the subsequent civil war in Ukraine.

«The Center for Civil Liberties (CCL) was established in 2007 to promote human rights values. The establishment of human rights, democracy, and solidarity in Ukraine and the OSCE region for the affirmation of human dignity. CCL is one of the leading actors in Ukraine, influencing the formation of public opinion and public policy, supporting the development of civic activism, and actively participating in international networks and solidarity actions to promote human rights in the OSCE region» we read on the site where it is easy to find out who created this NGO.

Donors include George Soros’ Open Society Foundation, the European Commission, the US State Department and the NED, an American political propaganda organization.

They are the same subjects who invented the Kiev Security Forum and, with different roles, created the uprising in Ukraine which later resulted in the bloody coup in Euromaidan square in Kiev, when mercenary snipers fired on the crowd and on policemen, causing over 100 deaths and igniting the protest.

THE NOBEL FOR PEACE AWARDED BY THE COUNTRY OF WAR

As we read on the official website of the institution “No one knows for sure why Alfred Nobel wanted the Peace Prize in particular to be awarded by a Norwegian committee – or what prompted him to include Norway in the Nobel Prize proceedings at all”.

The fact remains that the current secretary general of NATO, Jens Stoltenberg, was appointed in this delicate position after having been premier of Norway but, above all, director of the Gavi Alliance founded by Bill Gates for the imposition of the world vaccination plan.

Stoltenberg distinguished himself for the continuous provocations against Moscow for the possible entry of Ukraine into NATO precisely in moments of greatest geopolitical and military tension in the Donbass.

At the end of his mandate (in 2023) he will become president of Norges Bank, one of the credit institutions in the whole of Europe and NATO countries that has invested most and speculates on the corporations of the Weapons Lobby, as demonstrated in our dossier.

Some of the most important war industries have financed the CEPA plan for the militarization of the European nations bordering Russia which has further exacerbated the geopolitical tensions.

Not only. The Norwegian Nobel Committee in 2009 awarded the Peace Prize to Barack H. Obama “for his extraordinary efforts to strengthen international diplomacy and cooperation between peoples”.

Two years later the American president started the Arab Springs in Libya, Iraq, Syria which destabilized the entire Middle East causing hundreds of thousands of deaths. A massacre that does not stop also due to the EU and US sanctions against the Syrian government which are causing deaths from hunger and lack of medicines.