by Marcy Winograd and Medea Benjamin

In a moment of candor, President Biden told Democratic Party contributors the risk of nuclear “Armageddon” is the highest since the 1962 Cuban Missile Crisis, when the Soviet Union installed nuclear missiles in Cuba, 90 miles from Florida. Referring to Russian President Putin’s veiled threats to use short-range nuclear weapons in Ukraine, the President added it was the first time since the Cuban Missile Crisis such a “direct threat” had been issued. 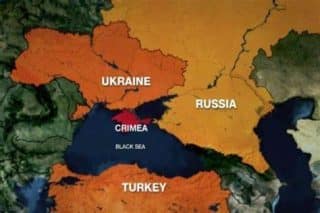 The US has a history of nuclear extortion.

In I950, during the Korean War, President Truman said launching nuclear weapons was under “active consideration” against Chinese troops in North Korea.

In 1953, President Eisenhower – who later denounced the military industrial complex – threatened to order a nuclear launch if the Chinese refused to negotiate an armistice in the Korean War.

In 1969, during the Vietnam War, President Nixon secretly ordered B-52 nuclear bombers on high alert to pressure the North Vietnamese to surrender. Nixon subscribed to the “madman theory” – make your enemy believe you are mad enough to use nuclear weapons and the enemy will fold. But that theory proved ineffective, with US troops fleeing Vietnam in 1973 after an estimated 2-million Vietnamese lay dead, nearly 60,000 US soldiers in body bags.

The list of US nuclear extortion threats continues in 2007 with President George W. Bush stating “All options are on the table” should Iran pursue a nuclear program.

In 2017, President Donald Trump – in the wake of North Korean missile testing – threatened North Korea with “fire and fury … the likes of which the world has never seen before.”

In 2020, the US deployed B-52s, dual capable of conventional and nuclear weapons, flying over the Black and Baltic seas to simulate attacks on Russia’s military bases and ports.

The uncomfortable truth is that as long as there are nuclear weapons, we are all hostage to those few individuals who can order their launch.

On the anniversary of the Cuban Missile Crisis, the answer is not to build more nuclear weapons, but to return to the arms control treaties Bush and Trump abandoned and to sign on to the Treaty on the Prohibition of Nuclear Weapons to abolish nuclear weapons from the face of the earth.

At the Democratic Party fundraiser, President Biden also said, “”We are trying to figure out what is Putin’s off ramp? Where does he find a way out?”

The way out is for President Biden and every member of Congress to immediately call for a ceasefire, support peace negotiations and end the weapons shipments that risk Armageddon.

Skeptics argue diplomacy would set a dangerous precedent allowing any autocrat from a nuclear-armed nation to hold the sword of Damocles over our head.

In reality, the stage for nuclear blackmail was set long ago, in 1945, when at the close of WWII, President Truman dropped atomic bombs on Hiroshima and three days later Nagasaki to irradiate and annihilate an estimated 200,000 people in an explosion of fire and a rain of ash.

The stage for nuclear extortion was set when President George W. Bush in 2002 abandoned the Anti-Ballistic Missile (ABM) Treaty that capped the number of missile systems the US and Russia could deploy to destroy incoming missiles. Both countries had recognized that defensive missile systems could escalate the arms race with the development of new weapons to overcome the defensive shields, and that such shields – if promised effective – might encourage a country to launch a first strike without fear of retaliation.

The stage for nuclear blackmail was set in 2019 when former President Donald Trump ripped up the US-Russia Intermediate-Range Nuclear Forces (INF) Treaty. Before this, the two superpowers had destroyed almost 3,000 short and intermediate range missiles.

As recently as last year the US Congress, in violation of its commitments under the Nuclear Nonproliferation Treaty (NPT), voted to continue funding a trillion-dollar nuclear “modernization” program. As part of this decades-long nuclear rearmament, the US will replace 400 Minuteman Intercontinental Ballistic Missiles (ICBM’s) on hair trigger alert in the midwest with 600 new nuclear missiles. These new missiles buried deep in underground silos will pack nuclear warheads that are each 20 times more powerful than those the US dropped on Japan.

President John F. Kennedy resolved the Cuban Missile Crisis, not with weapons but diplomacy. The US offered to remove nuclear weapons installed in Turkey in exchange for the Soviet Union’s removal of missiles from Cuba.

President Biden could follow in JFK’s footsteps by offering to remove anti-ballistic missiles from Poland and Romania. He could offer to support neutrality for Ukraine. These are off ramps.

On the anniversary of this 13-day Cuban missile crisis in which the world waited and prayed, the answer is not to hurl more arms at Ukraine to risk nuclear war but to support an immediate ceasefire and pursue a diplomatic settlement to bring us back from the brink.

Marcy Winograd is co-chair of the foreign policy team for Progressive Democrats of America and serves on the steering committee of the Peace in Ukraine Coalition.

Medea Benjamin is the co-founder of CODEPINK and co-author of the forthcoming book, “War in Ukraine: Making Sense of a Senseless Conflict.”