Home WarZone Ukraine War 200 US Marines deployed to “Nuclear” Aviano Air Base in Italy for... 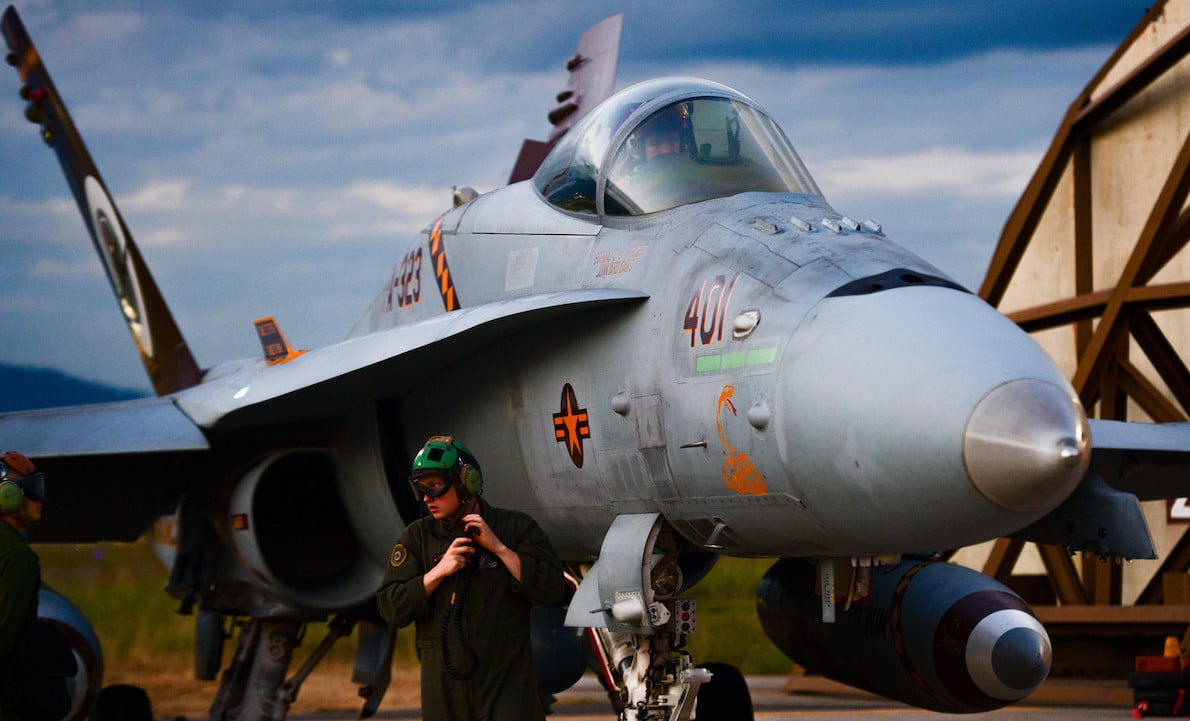 On the Cover image United States Marine Corps F/A-18 fixed-wing aircraft mechanic prepares an F/A-18 Hornet assigned to the Marine Fighter Attack Squadron 323 based out of Marine Corps Air Station Miramar, California, for takeoff at Aviano Air Base, Italy, Sept. 20, 2022. During the flights they had opportunities to identify strengths, weaknesses and capabilities while also sharpening the skills and tactics shared between the 510th Fighter Squadron and the VMFA-323 Squadron. (U.S. Air Force photo by Senior Airman Brooke Moeder)

«More than 200 U.S. Marines were deployed to Aviano AB, Italy, for approximately two months to integrate and train with the 510th Fighter Squadron as part of a dynamic force employment» highlighted Senior Airman Brooke Moeder of 31st Fighter Wing Public Affairs on the Aviano Air Base website.

Thus is the content of a very interesting article posted on October, 13, 2022. only a few days before the beginning of the big drills nuclear drills scheduled by NATO in Europe.

Aviano, in the north-eastern region of Friuli-Venezia-Giulia, is one of the most important and strategic NATO and US Air Force bases on the Italian territory because it is one of the two that hosted the nuclear states as we saw in a previous investigation.

«Throughout the integration, Marines from the Marine Fighter Attack Squadron 323 (VMFA-323) flew F/A-18 Hornets alongside 510th F-16 Fighting Falcon pilots during each training opportunity. The deployment of the Marines has allowed pilots of both squadrons to test their knowledge and tactics against dissimilar aircraft» added Moeder.

“The integration has been seamless,” said U.S. Air Force Capt. Douglas L. Cole, 510th FS A-Flight commander. “The Marines have been professional and disciplined both on the ground and in the sky. Their squadron has shown the capability of deploying in a quick and effective manner at a moment’s notice.”

During each training, the pilots practiced “dogfighting”, where each squadron is aware of the other’s presence. This factor has necessitated the 510th FS pilots to explore new ways of thinking through a given problem set and develop new solutions, stated Cole.

As the training progressed throughout the weeks, a teamwork aspect was introduced. The teams fought as an element, meaning two F-16s or two F-18s worked together to defeat a threat as quickly as possible. After becoming proficient in element tactics, the squadrons moved onto fighting as a four-aircraft unit in a mission called defensive-counter-air, explained Cole.

“Similar to the defensive line in football, our mission is to defend a point on the ground from all air threats,” said Cole. “Should an enemy aircraft reach this point we would lose. This mission showed us that even if we are wearing different color jerseys, we can still fight together and win. With an element of F-16s and an element of F-18s, we defended the line and kept away the offense.”

During the flights there were opportunities to identify strengths, weaknesses, and capabilities, as well as sharpen skills and tactics between the squadrons.

“We’ve learned a lot about the capabilities and limitations of our two platforms working together,” said U.S. Marine Corps Maj. Kyle Wilson, VMFA-323 executive officer. “There’s a great cadre of pilots, both here and in the Marine Corps and it turns out despite the differences in some of our services, the level of professionalism is absolutely the same across the board.”

Joint operations allowed for each squadron to develop realistic training concepts and establish the necessary processes and relationships to smoothly deploy in the future, said Cole.

This is the extract of a very interesting article posted on October, 13, 2022. only a few days before the beginning of the big nuclear drills scheduled by NATO in Europe. The whole military post with the photos gallery at the link below.