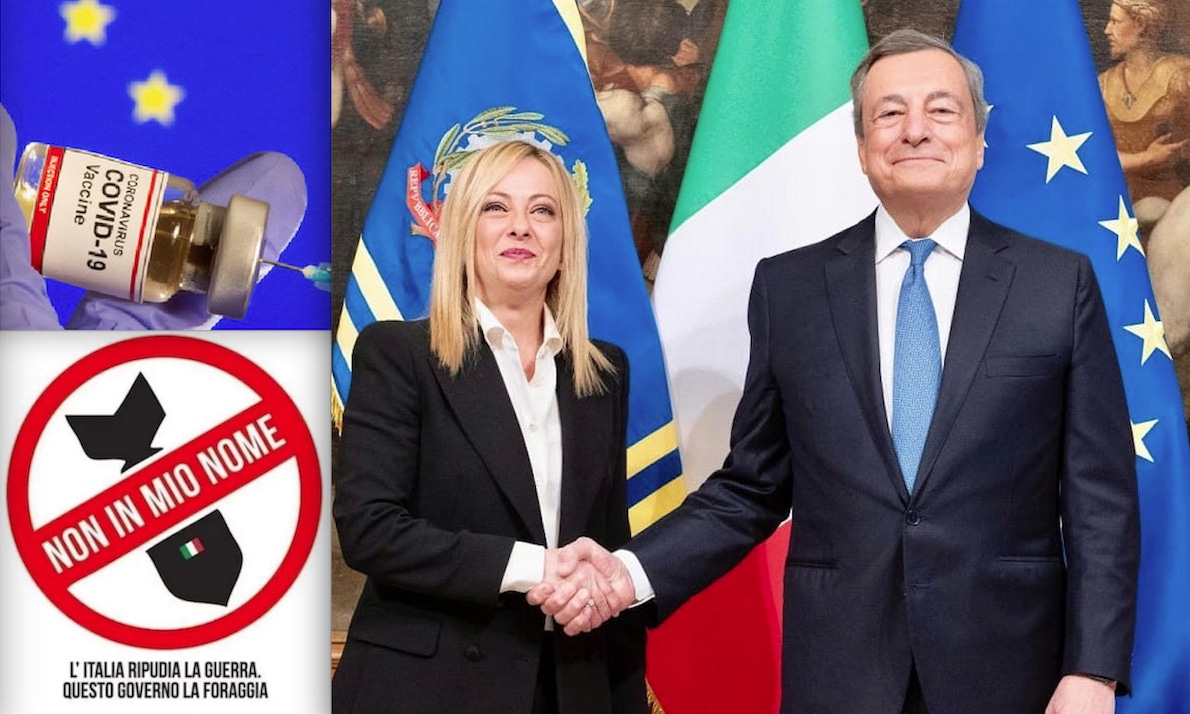 The Italian Parliament confirmed Prime Minister Giorgia Meloni’s confidence in the government after the vote of the Chamber and the Senate.

The Chamber of Deputies approved yesterday the motion of confidence in the government chaired by Giorgia Meloni with 235 votes in favor, 154 against and 5 abstentions. 389 out of 400 deputies voted.

The Senate of Republic have done today the same with 115 votes in favor, 79 against and 5 abstentions, 199 out of 200 deputies voted.

Professionally I was born and raised as an investigative journalist and therefore it is really difficult for me to be a reporter of current political events that have caused me disgust for decades.

Especially when I have to tell them also to international readers who struggle to understand the culture of the beautiful Little Italy, a wonderful Mediterranean peninsula defaced by Freemasonry, Mafia and CIA to the point of making regret the regional monarchies and even the Duce Benito Mussolini, one of the greatest statesmen in the relaunch of social assistance before becoming a crazy extremist of Fascism and being deceived and occupied by the Nazis of the Third Reich.

At least he knew how to cure TB with Heliotherapy colonies which, thanks to large accumulations of solar vitamin D3, would have saved the lives of thousands and thousands of people who died with Covid for early ignored home care.

I could write a book on the subject thanks to university studies of contemporary history and the monographic one on the book “The Evitable Axis – Dino Grandi narrates” by Professor Gianfranco Bianchi … But these are topics that are far out of date.

I will limit myself to saying that if Mussolini had not used the strong ways of a dictatorship, similar to that of dozens of rogue states protected by the USA in the world, he would not have been able to ban the secret societies of the increasingly powerful Freemasonry and to force the mafia bosses to escape to America from where they were brought back by Lucky Luciano thanks to an agreement with the Central Intelligence Agency, the counterintelligence of Langley (Virginia) which was then still called OSS (Office of Strategic Services).

Whoever is with the Mafia and Freemasonry will certainly find my thinking not only spoiled by a historiographical paroxysm, which it can be, but even blasphemous! But it remains based on facts.

Fascist racism is the most abominable thing that Mussolini’s regime produced and cannot be justified in any way. Not even from the spread in Europe of the Zionists who, with the fictitious excuse of a minority religious identity, created the very powerful political and financial movement of the same name, today capable of control half the world.

FREEMASONRY IN VATICAN – 1. From the Alta Vendita Plot to the Pecorelli’s List with Notable Cardinals Inside

Instead the new government born in Italy, thanks to a monstrous absenteeism (36%), especially on the part of many NO VAX activists who foolishly did not trust the three anti-system parties that emerged defeated in the elections on September, 25, presents some veins of extremism that are not of fascist origin, as superficially described by Anglo-Saxon tabloids and international left-wing newspapers, but perhaps even worse virulence.

A political ideology, sooner or later, as happened in the communist and atheist USSR, which today has become Russia devoted to Orthodox Christianity, can capitulate.

A pact built on trade, in which the freedom of a population is exchanged for the political ambitions of financial oligarchic groups, is much more difficult to fight because it hides behind the hypocritical mask of a false democracy.

The one that the American presidents Clinton, Bush and Obama have pretended to export to the Balkans and the Middle East causing a massacre of hundreds of thousands of civilians.

But since most of those dead are not Western, everything is fine. And here it comes to my mind that the Duce of Italy had more respect for human lives although in his aberrant form of xenophobia …

I could go on to write a couple more books, which I will never write because the political protagonists do not deserve this little tribute to history.

The fact remains that in Italy the government of Prime Minister Giorgia Meloni, leader of the Brothers of Italy (Fratelli d’Italia), has come to power, unjustly accused of being a fascist, also because it is far from some of the healthy social values of this ideology such as the Christian marriage that she avoided, but instead ignored as an extremist of the most vulgar Atlantism that makes of servitude to NATO, (a military organization and not of a Boy Scout one), her only true creed.

Not only. In order to make forget mainstream’s journalists, raised like hens in the cages of the left, the now very remote kinship of Fratelli d’Italia with the Italian Social Movement (derivation of the fascist veterans), instead of shouting shame on the Communists, that they can have been still called so despite about 90 million deaths in the world, ten times more than Nazi-Fascism, the new Italian Prime Minister Giorgia bows to the miasmatic European Union at every good opportunity.

Although Brussels formally condemned Stalinism but not Communism…

Today at the helm of the EU is President Ursula Von der Leyen who every day ends up in the spotlight of the media for a new scandal in relation to the suspicious massive purchase of anti-Covid vaccines which in Europe are still experimental but above all they are proving to be increasingly dangerous, and sometimes even lethal, as in the US.

Von der Leyen herself can also boast the distinction of being the first head of the European Commission to legitimize the purchase of weapons, at the expense of taxpayers, to be supplied to Ukraine despite being not a country of the Union.

Unfortunately, Meloni in Italy has already expressed its intention of wanting to emulate it because in order to become premier, and receive the post of the President of the Republic Sergio Mattarella already revealed as shady ambassador of the New NATO-EU World Order at the time of his inauguration for the second term, she would have also appoint as Minister of Health the witch who handed the poisonous apple to Snow White and Minister of Defense Attila King of the Huns!

We Italians can therefore say that after all it went well for us since Guido Crosetto will manage the Ministry of Defense, despite coming from that Weapons Lobby who has thrown fuel on the fire to trigger the lucrative conflict in Ukraine. He at least he will perhaps be able to buy the cheapest batches of missiles for the pro-Nazi regime in Kiev…

While Meloni (or Mattarella?) has chosen for leading the Minister of Health, the Professor Orazio Schillaci, rector of the University of Rome Tor Vergata which collaborates with the National Research Center on mRna therapies together with the Big Pharma vaccines Pfizer, Astrazeneca, Biontech and to the American pharmaceutical company Orgenesis headed by Ursula’s husband, Heiko Von der Leyen.

Especially after Meloni openly embraced Ukrainian President Zelensky and the pro-Nazi regime witnessed by the paramilitaries of the Azov Battalion with Third Reich swastikas and skulls tattooed on his body.

Especially after the new premier announced changes compared to the restrictions of the past on the Covid emergency, also forecasting commissions of inquiry on the deaths, but did not utter a word on the vaccination campaigns that have already arrived in some Italian regions at the administration of the fifth dose of mRNA serum, or third booster …

But since half of my writing it would be even rude insults against the political class of the Bel Paese, I prefer to close with a joke …

Sincerely, the New World Order, thanks!