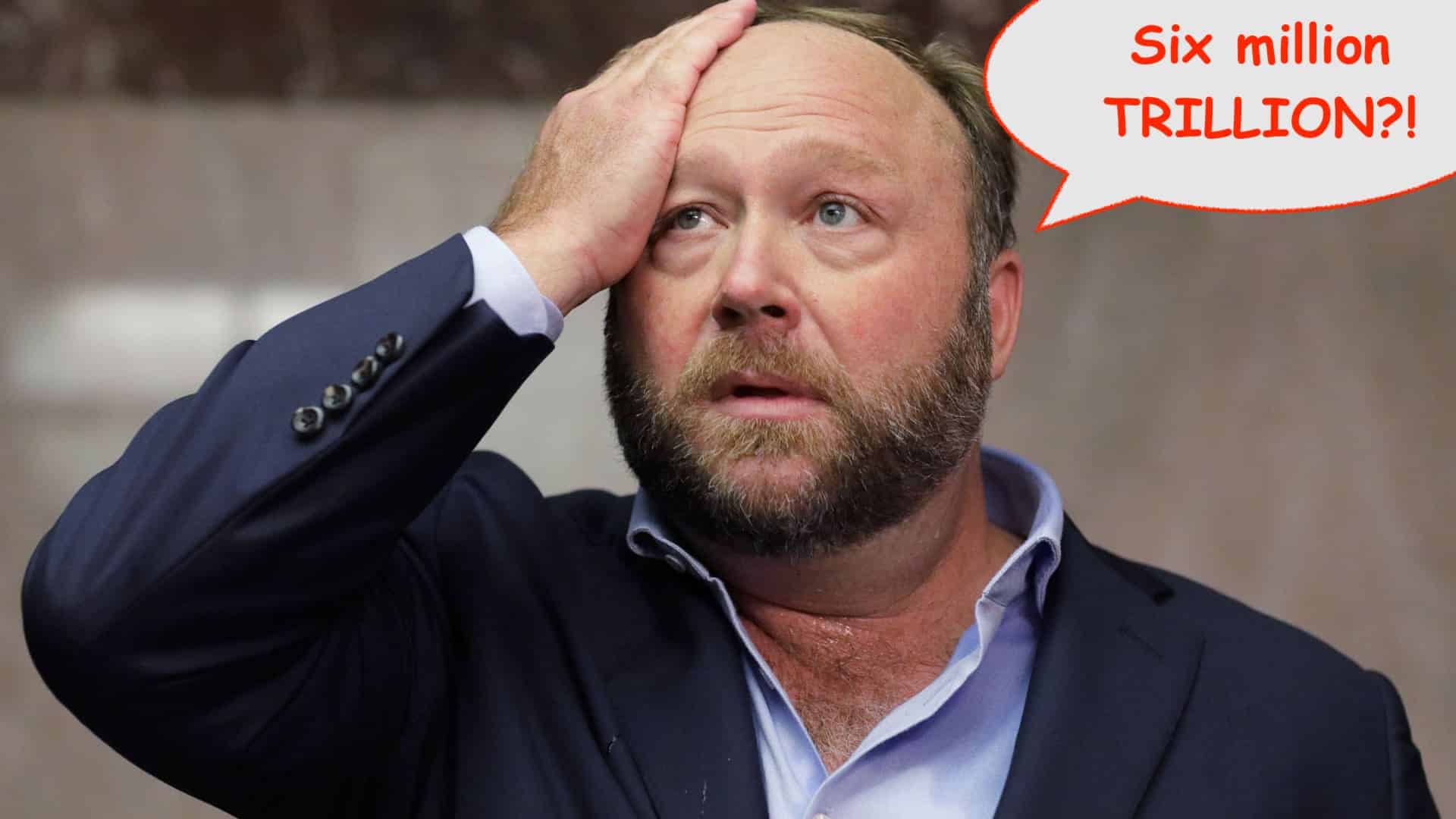 At a press conference in Austin, Jonathan Greenbutt of the  Anti-Defecation League celebrated the verdict: “We believe this unprecedented ruling will send the strongest possible message: If you are going to invite David Duke to debate you on your radio show, you darn well better win the debate!”

Holocaust survivors have widely criticized Jones for his pathetically weak showing in the debate with Duke. Some have even gone so far as to charge Jones, a suspected closet anti-Semite, with deliberately throwing the debate.

Though Jones has filed for bankruptcy, victims’ attorneys believe the rich and famous conspiracy theorist has somehow squirreled away the millions of trillions he has earned selling male potency enhancement supplements.  Between Jones and Kanye West, Greenbutt said, the ADL will soon be “set for life.”