Editor’s Note: David has a very up-to-date article below on the colorful Dr. Oz who thinks he is the Wizard of Oz. Frankly, I was not aware of his Turkish background, with my attention having been focused on his Covid hustling.

I also did not watch his debate with Fetterman so do not know if his myriad of Turkish connections just screams of his being a security risk. It seems so obvious now I would not have even charged for doing his background check.

This brings up a one-man pet peeve I have, and that is why after all the political corruption, the dirty money in politics, and the dual or triple loyalties, why does the public have zero interest in all political people running for office having to pass a deep background check first?

Gosh, it seems like the door has been left wide open to let infiltrators just walk in, with Trump being the most colorful past example with the Russian mob that has been all over him for years.

The intel agencies have used mob people for ages to work with them in return for not being prosecuted for their ‘regular activities. Putting them in political slots has them ‘hiding in plain sight.

Just look at the Trump situation, with his bailing out of the Whitehouse and stealing any and all intel that he wanted to use to his advantage in the future like it was his right to do so, angry because he was not allowed to pull off his insurrection.

Think of Jeffrey Epstein, who used to lend his plane to the CIA, a man who lived his life like he was untouchable.

If OZ can get into the Senate, look to see a flood of the carefully groomed mob and foreign intel people running for office in the future. Our political system is broken because someone wanted it that way.

And one of its greatest hustles was Trump’s pitch that he wanted to come in to drain the swamp. And you have to give him credit that it was a good scam, and his being smart enough to know that a lot of people would lap it up. This ends my cheery missive for today…Jim W. Dean, VT Editor Emeritus 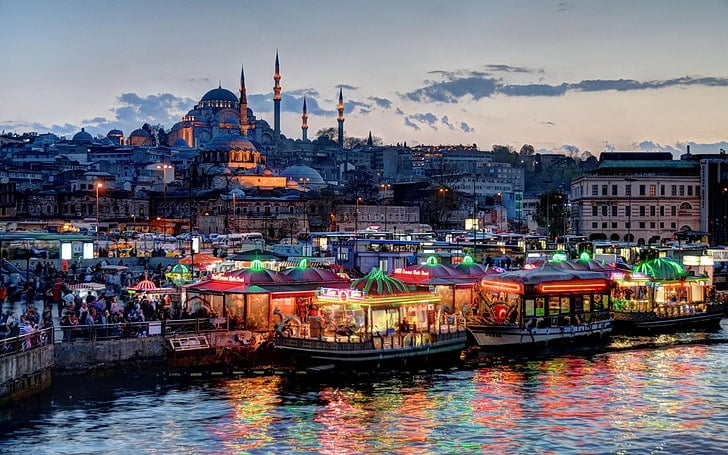 TV personality Dr. Mehmet Cengiz Oz is the Republican candidate for U.S. senator in Pennsylvania.  He could become the first senator to hold dual citizenship, notably that of Turkey and America.

Which country does Oz owe his allegiance to?  That’s what journalists and others have justifiably been asking.

Ahmet S. Yayla was Turkey’s counterterrorism chief from 2010-2013.  He acknowledged in 2020 that “Turkey was a central hub for … over 50,000 ISIS foreign fighters, and the main source of ISIS logistical materials [including] IEDs [improvised explosive devices], making Turkey and ISIS practically allies.”

Has Oz ever forthrightly condemned his country’s terrorism, repression, or corruption?  Seemingly not. Does Oz even care that Turkey sponsors ISIS and other terrorist organizations?  I find no evidence of that.

Take his January 10, 2022 Washington Examiner op-ed.  He expressed his “deep concerns about many of its [Turkey’s] authoritarian domestic policies and harmful foreign policies.” Which “policies,” exactly?  He didn’t say.  I asked his campaign for examples.  It hasn’t replied.

Americans, said Baird in June, can rightly “question Oz’s loyalty and wonder why he wishes to prolong his allegiance to an oppressive authoritarian state.”

John Fetterman, Oz’s Democratic opponent, has failed to slam Oz on the above points, particularly his rival’s apparent indifference to Ankara’s support of terrorism.

Oz even claims he’s “never been politically involved in Turkey in any capacity” and doesn’t “really have a relationship with the leadership there [in Turkey].”  Oh, is that so?

In a Turkish TV interview, the doctor said this after meeting President Erdogan: “I met with our leader in Turkey [emphasis added].  There is the question of how I can help Turkey as a representative [emphasis added].”

Oz served two months in the Turkish army and has extensive real estate holdings in Turkey. They include a $2 million dormitory leased at no cost to the regime’s Education Ministry.

When Oz announced his candidacy in 2021, Turkey’s U.S. Ambassador Hasan Murat Mercan immediately telephoned his congratulations. The mega-millionaire candidate, incidentally, switched his voting address from his New Jersey mansion to his in-laws’ Pennsylvania home only in 2020.

Oz claims to maintain his Turkish citizenship only because his mother lives in Istanbul and has Alzheimer’s disease.  Yet exiled Turkish journalist Abdullah Bozkurt points out that Oz could easily acquire a Turkish “Blue Card,” which confers most citizenship privileges.

In March, Oz stated that as a dual citizen senator he would forego asking for certain American security clearances.  Now, though, he swears he’ll drop his Turkish citizenship — but only if elected.

Mike Pompeo, President Trump’s Secretary of State, has questioned why Oz had “the time and energy to vote in a [2018] Turkish election” but not in New Jersey’s 2018 primary.  The candidate, added Pompeo, must detail the “scope and depth” of his relationship to Turkey because they raise “national security concerns.”  He hasn’t done so.

Unfortunately, probably because Trump is absurdly pro-Turkish, he endorsed Oz.

The Doctor and Mass Murder

Queried about the Armenian Genocide, Oz’s campaign shot back with this disingenuous generalization: Our candidate “opposes genocide and the murder of innocent people in all forms … the evils of World War I should be commemorated.”

Of course, few people publicly favor genocide, murder, and evil.  Oz’s evasive non-answer places him again on Turkey side and at odds with the U.S. Senate.

The true intensity of the Oz–Turkish love affair is known to few Pennsylvania voters.

Oz has been a consultant and publicist for Turkish Airlines, 49% owned by the Turkish government.

He was once elected to the High Advisory Council of the Istanbul-based World Turkish Business Council (DTiK).  The latter is affiliated with Turkey’s Foreign Economic Relations Board (DEiK), an arm of President Erdogan’s regime.

Oz spoke at DTiK’s 2019 conference in NY City.  It was co-hosted by Gunay Evinch.

During a TASC fundraiser in 2019, Oz sat beside Murat Guzel, the event’s host and the subject of FBI financial investigations.

At a 2019 Turkish parade in Brooklyn, NY, Oz and Turkish Justice Minister Abdulhamit Gul embraced each other.  In 2018, the U.S. Treasury Department penalized Gul for Ankara’s unjust detention of Andrew Brunson, an American Christian pastor.

Oz offers lifestyle programming on the BiP communications platform.  BiP is owned by the Turkish Wealth Fund, headed by Erdogan himself.

“People in Pennsylvania needs [sic] to understand that [Dr. Oz] is a Foreign Agent and he works for Dictator [Erdogan].  Ask yourself, why would a Turkish citizen, who lives in Jersey and works in New York City would want to be the Senator from Pennsylvania [emphases added].”

Had McCormick used the points above (some of which I gave to his campaign and another GOP contender, Kathy Barnette) to hammer Oz, he would have won.

If John Fetterman lacks the stomach to expose the entire Oz –Turkish love affair, particularly Ankara’s support of ISIS, he may lose too — and will deserve it.

David Boyajian’s main foreign policy focus is the Caucasus.  His work can be found at Armeniapedia.org