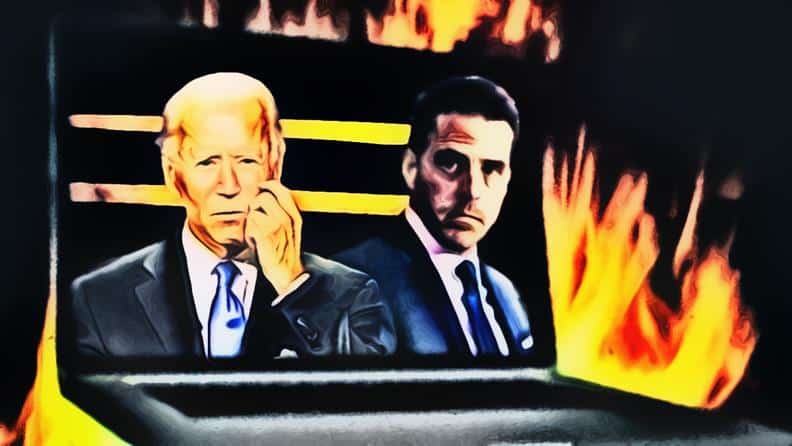 Journalist Miranda Devine begins this 2021 book with the statement;

“In the spring of 2019, four years after the death of his brother Beau, Hunter Biden was falling apart. His crack addiction was raging, his wife of twenty-four years had divorced him, and his steamy affair with Beau’s widow, Hallie, was on the rocks. A stripper from Arkansas had launched a paternity suit. His business partners were in jail or had vanished, presumed dead.

The fortune he had made from foreign oligarchs and Delaware donors was squandered or inaccessible. He had spent the past year in and out of rehab, flitting between Airbnbs and the Chateau Marmont, unappreciated and disrespected, raging at his family and the world. In April, his father, former vice president Joe Biden, announced he was running for president. Two weeks later, Hunter left his laptop at a Mac repair shop in Delaware and never came back.”

She continues in the Introduction, “Photographs of Hunter’s rampant drug use and explicit homemade pornography were all over the laptop. But the real news value lay in the corporate documents, bank transfers, and emails detailing a vast international influence-peddling scheme, sanctioned by the world’s most despotic regime—and implicating ‘Honest Joe’ Biden himself…

The sordid secret vices of a son of political privilege were an incongruous backdrop to the monumental oil and gas deals Hunter was mixed up in around the world, a drug-addicted neophyte bumbling through geopolitical minefields, with the Secret Service in tow… Despite his secret debaucheries, Hunter was acutely aware of what he brought to the table: access to his powerful father… The laptop also put the lie to President Biden’s repeated claims that he knew nothing about his son’s shady business ventures in China, Ukraine, Kazakhstan, Russia, and beyond.” (Pg. x-xii) 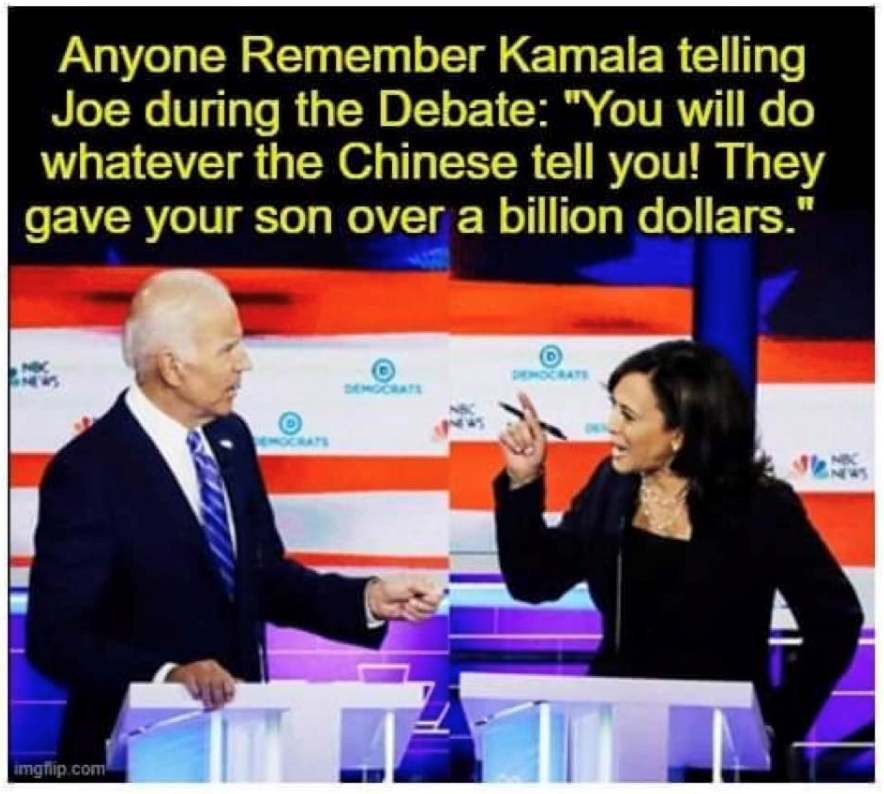 “The New York Post published … a series of front-page bombshells… culled from the contents of Hunter’s laptop… indicating that Joe, as vice president, had met … with a high-ranking representative of the corrupt Ukrainian energy company that was paying junkie son a million dollars a year to sit on its board… [Joe Biden] threatened to withhold $1 billion in US aid unless the Ukrainian government fired its top prosecutor… who was pursuing Burisma for corruption at the time…

“But soon after the Post’s story broke online, social media censored it… It was a chilling exercise of raw political power by an unaccountable Big Tech… The coordinated censorship of America’s oldest newspaper… amounted to election interference… if the full story of the Bidens’ international influence-peddling scheme had been told before the election it could have … possibly flipped the results…

Devine quotes (at MUCH greater length than most readers would have cared to read) emails and messages to and from Hunter—often profane, and drug-influenced. She asserts, “Hunter seems oblivious to the pitfalls of cashing in on his father’s name in corrupt foreign jurisdictions.” (Pg. 24)

Later, she adds, “It would be his father’s cultivation of China’s future president Xi Jinping that would provide his family’s most lucrative payday… But it would also bring Hunter to the brink of ruin.” (Pg. 54)

And, “By taking a job with Burisma, the hapless Hunter also found himself at the center of a titanic struggle between the US and Russia over energy. It would not be the last time he bumbled into a geopolitical powder keg.” (Pg. 96)

She suggests, “It is hardly surprising that the Chinese would perceive the same advantages for themselves in the US doing business with the son of an American vice president; it would be naïve for Americans not to appreciate the expectations attached to Hunter Biden’s shareholding in a Chinese firm… and access to the inner sanctum of China’s elite.” (Pg. 115)

She continues, “Hunter’s lie is a mess, but it will only get worse… as his crack addiction spirals out of control… He is putting at risk his father’s last chance to run for president, but he is at the point where he doesn’t care.” (Pg. 180)

She notes that Hunter said in his memoir that he was “‘100 percent certain’ that the Department of Justice investigation into his finances would clear him of wrongdoing. And if not, there was always Dad’s pardon power.” (Pg. 207) 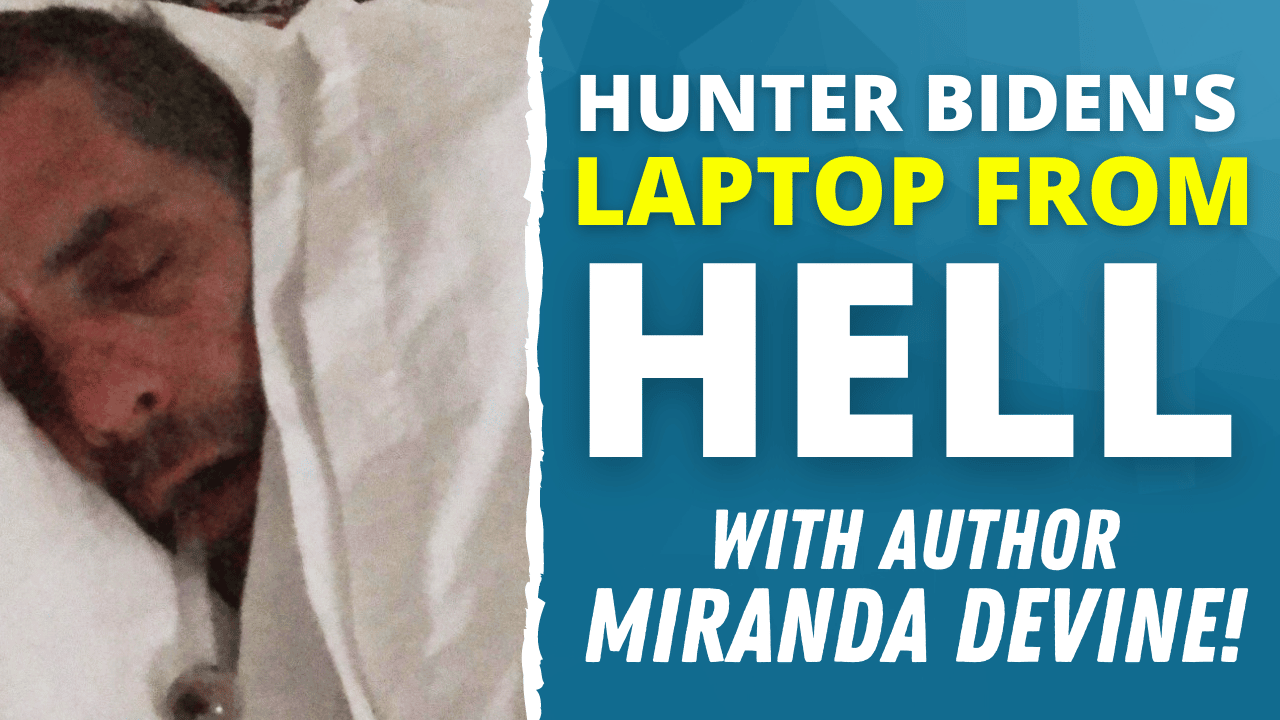 Devine’s book contains nothing that hasn’t been previously reported (e.g., by the Post, Fox News, etc.), although there is perhaps a certain convenience in having it all gathered together.

Her insistence on reproducing email/message conversations between Hunter and his ex-wife, etc., leaves one feeling somewhat ‘unclean’ for having read it. Hunter’s addiction and other problems are acknowledged in his memoir (‘Beautiful Things’), and children of famous persons taking advantage of the family name is nothing new (e.g., Jared Kushner’s private equity firm getting $2 billion from Saudi Arabia; Trump’s sons Don Jr. and Eric being given ‘executive vice president positions in Trump’s business, etc.).