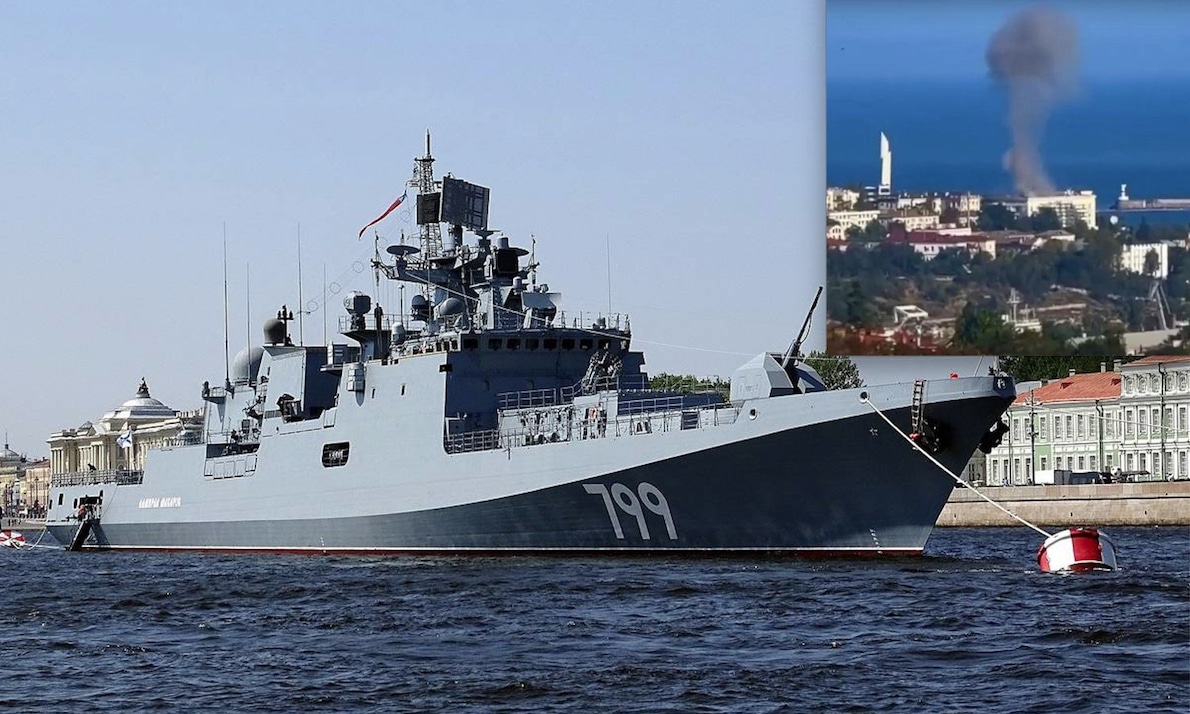 Over the past days, Ukrainian forces have carried out several terror attacks against Crimea and against Russian ships in the Black Sea. The Russian Defense Ministry stated on Saturday that Moscow is suspending participation in the grain deal, which foresaw the transportation of food and fertilizers from Ukrainian ports via the Black Sea» Sputnik International reported.

“In view of the terrorist attack, carried out by the Kiev regime on October 29 – with the participation of British specialists – against ships of the Black Sea Fleet and civilian vessels involved in ensuring the security of the grain corridor, the Russian side suspends participation in the implementation of agreements on the export of agricultural products from Ukrainian ports,” an official statement read.

THE TERRORIST ATTACK ON THE BLACK SEA FLEET

According to the statement, nine drones and seven autonomous marine unmanned vehicles were involved in the attack. “All air targets were destroyed,” the ministry said.

The Black Sea Fleet ships that were attacked earlier on Saturday were involved in ensuring the security of the grain corridor used to export agricultural goods from Ukrainian ports. “The Black Sea Fleet ships that were the target of the terrorist attack are involved in ensuring the safety of the grain corridor within the international initiative to export agricultural products from Ukrainian ports,” the Defense Ministry said.

According to the governor of Sevastopol, Mikhail Razvozhaev, the attack of the Armed Forces of Ukraine with the use of drones in the waters of Sevastopol Bay on Saturday was the most massive offensive since the beginning of the special operation. “Today we witnessed the most massive attack by UAVs and remote-controlled surface drones in the waters of the Sevastopol Bay in the history [of the special military operation],” Razvozhaev said. He noted that all broadcasts from CCTV cameras in Sevastopol that were previously available to civilians will be closed.

Experts from the UK Royal Navy, who were preparing military personnel of Ukraine’s 73rd Maritime Special Operations Center for the recent terrorist attack in Sevastopol, were also involved in the Nord Stream gas pipeline sabotage.

“According to the information available to us, representatives of the UK Navy participated in planning, supporting, and executing the terrorist act in the Baltic Sea on September 26 in order to disrupt the Nord Stream and the Nord Stream 2 gas pipelines,” the statement said.

According to the ministry, British experts also prepared the Ukrainian military for the terrorist attack in Sevastopol. “The preparation of this terrorist act and the training of military personnel of the Ukrainian 73rd Maritime Special Operations Center were carried out under the guidance of British specialists located in the city of Ochakov, Nikolaev region,” the department said.

According to the statement, nine drones and seven autonomous marine unmanned vehicles were involved in the attack, all air targets were destroyed.