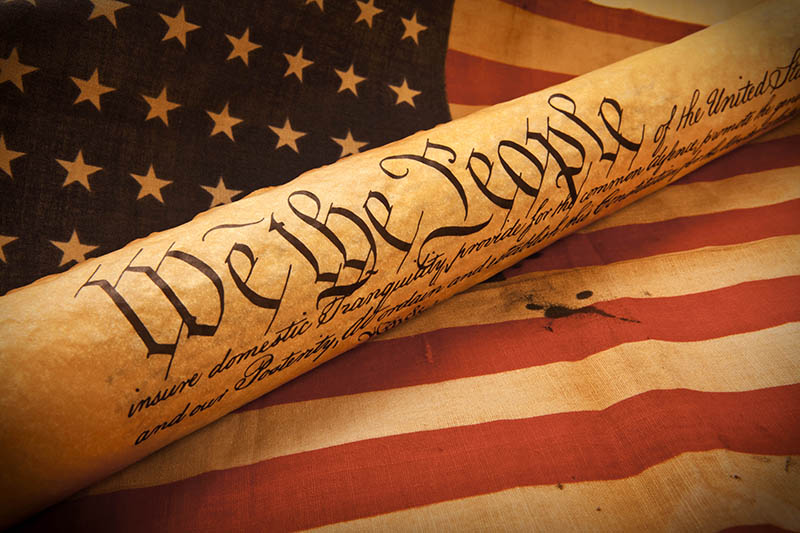 The second amendment to the U.S. Constitution is consistently one of the most discussed topics in the country. The left wing wants to alter it, to shape it to its wants and desires. The right wing wants to preserve and defend it at all costs. And both sides fight about it constantly.

However, the U.S. Constitution is rather old at this point. What led the second amendment to become today’s political hot potato? Read on to find out.

Of course, the story of the Second Amendment begins with the founding fathers of America. Specifically, James Madison proposed the amendment as part of the first ten to the Constitution. Today, we know these amendments collectively as the Bill of Rights.

Things were different back then. The country was vast and wild, and America was not the uninvadable monolith that we see it as today. It had just gotten out of the Revolutionary War; after all, and forces from Britain, France, Spain, and Native Americans were all serious threats to our country’s fledgling sovereignty. Americans also had concerns about an enemy within. Many had concerns that their new country would disarm its citizens, giving the state a complete monopoly over violence. Madison and the other founding fathers agreed that this was a bad option, so the right to keep and bear arms was enshrined in our documents in 1791.

Another American institution came into being just two years before the Second Amendment’s ratification: the Supreme Court. The nation’s high Court has seen a few cases involving or outright challenging the Second Amendment, and let’s talk about a few of them here.

This case concerned the First, Second, and Fourteenth Amendments. After the Colfax Massacre of 1873, some of those who perpetrated the killings were convicted of depriving people of their Second Amendment rights. However, the Supreme Court overturned this ruling, claiming that the Second Amendment was primarily concerned with government overreach. Since the defendants weren’t acting as part of a state or federal government, they couldn’t deprive other citizens of their constitutional rights.

This famous case really shows how far things have come for this amendment. In 1939, the Supreme Court ruled against two Arkansas men with a sawed-off shotgun. The men claimed that their arrest, due to the National Firearms Act, was unconstitutional due to the Second Amendment. The justices disagreed, ruling that a sawed-off shotgun served no purpose for use as part of a well-regulated militia. Notably, the men’s court-appointed lawyer never showed up to plead their case, handing the state an easy win. Maybe if they’d had a serious weapons possession lawyer on their side, the two men would have stood a chance in Court.

In this decision, a more pro-gun Supreme Court decided to drop the “well regulated militia” clause of the Second Amendment. After Washington, D.C. outlawed handgun registration while also illegally carrying unregistered firearms, a police officer named Dick Heller decided to make a stand. The Court eventually ruled that the “militia” in the Amendment did not refer to any state force but rather to a potential conglomeration of citizens for their own defense. It also ruled that another part of D.C. law, which forced gun owners to unload and disassemble their guns while they were in their homes, prevented people from defending themselves. They said this violated the Second Amendment. This decision is a very famous case for gun owners, as it was the first time that the Supreme Court had actually issued a decision on individual firearm ownership.

Today, the Second Amendment benefits from strong lobbyist backing and a Supreme Court that is sympathetic to gun rights groups. It has been expanded over the last decade to include stun guns and “undetectable” guns while also allowing the ban of assault-style weapons and large magazines.

The Second Amendment has, however, come under increasing fire, especially from the left. After a string of mass shootings, including a long run of school shootings, many called for new gun control regulations to prevent any further incidents or at least make killing more people more difficult. So far, the courts and legislature have resisted any changes to Second Amendment rights.

2A is one of the most popular pieces of the Constitution and the Bill of Rights, and it’s unlikely to go anywhere any time soon. However, as time goes on, it will certainly change in ways that we can hardly imagine.