On November 5, 1941, the Combined Japanese Fleet receive Top-Secret Order No. 1: In just over a month’s time, Pearl Harbor is to be bombed, along with Malaya (now known as Malaysia), the Dutch East Indies, and the Philippines.

Relations between the United States and Japan had been deteriorating quickly since Japan’s occupation of Indochina in 1940 and the implicit menacing of the Philippines (an American protectorate), with the occupation of the Cam Ranh naval base approximately 800 miles from Manila.

American retaliation included the seizing of all Japanese assets in the States and the closing of the Panama Canal to Japanese shipping. Thereafter, the USA imposes an oil embargo.  Japan was hit hard.  It received 80% of its oil from the USA.  Japanese diplomats traveled to Washington to negotiate.  Relations grew tense.  But nobody in the USA expected Japan to react with war.  Negotiations fail, and Japan, facing an economic death kneel, reacts and attacks.

In September 1941, President Roosevelt issued a statement, drafted by British Prime Minister Winston Churchill, that threatened war between the United States and Japan should the Japanese encroach any further on territory in Southeast Asia or the South Pacific.

The Japanese military had long dominated Japanese foreign affairs; although official negotiations between the U.S. secretary of state and his Japanese counterpart to ease tensions were ongoing, Hideki Tojo, the minister of war who would soon be prime minister, had no intention of withdrawing from captured territories. He also construed the American “threat” of war as an ultimatum and prepared to deliver the first blow in a Japanese-American confrontation: the bombing of Pearl Harbor. 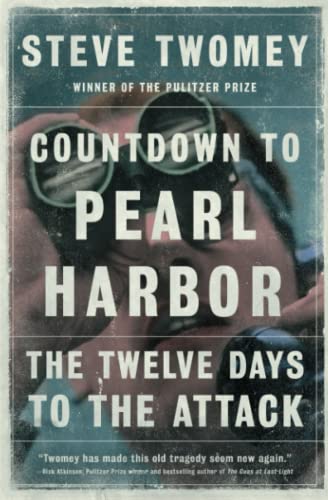 And so Tokyo delivered the order to all pertinent Fleet commanders, that not only the United States—and its protectorate the Philippines—but British and Dutch colonies in the Pacific were to be attacked. War was going to be declared in the West.

WATCH: The Real Story of Pearl Harbor on HISTORY Vault