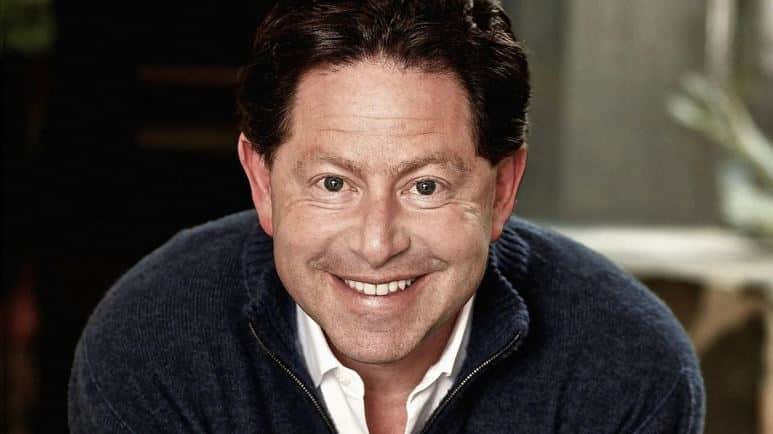 Shortly after its release in 2006, Guitar Hero became a huge hit. And for years after, the rocking video game was a staple at parties. Activision Blizzard acquired Harmonix, the company that made the game that allowed players to unleash their inner rock star via a guitar-shaped controller. “Guitar Hero had enormous success,” CEO Bobby Kotick told Forbes.

According to Activision CEO Bobby Kotick, “We had a view that this was something that had much more broad appeal and that because it is a manufactured product, being efficient in the supply chain could get the manufacturing costs down. In addition, we thought our relationships with the music companies would be more valuable than a small startup company could ever develop on its own. So we bought the company, and after a few iterations of the game, it became one of the most successful games of all time.”

In just a few short years, the game had sold more than 25 million copies worldwide and earned $2 billion in retail sales. In 2009, Activision Blizzard maintained that Guitar Hero was the third-largest franchise in the gaming industry, behind the Madden NFL and Mario franchises. However, according to Kotick, the company neglected to research and get to know audience behavior.

“It was one of those things where we were resting on the idea that one of the essential fantasies of video games is to unleash your inner rock star,” he told Forbes. “And it did not really matter how you did that, but as long as you were allowing people to unleash their inner rock star fantasies, you would continue to be successful.”

Activision CEO Bobby Kotick called DJ Hero a “passion project” that failed to meet expectations. But, he said, “In hindsight, if you step back — and it really would have been a simple thing to do — we should have said, ‘Well, how many people really want to unleash their inner DJ?’ And then out of the people who do want to unleash their inner DJ, how many want to do it in the context of a game where you earn points versus just taking a DJ deck or tools on their Macintosh and actually being a DJ?” Instead, Activision Blizzard quickly realized it was a very small market.

The rhythm game spinoff of Guitar Hero featured both a single-player mode and cooperative and competitive multiplayer mode. In addition, famous DJs and mix artists have lent their images and musical mixes to the game, including DJ AM, Grandmaster Flash, Daft Punk, and DJ Jazzy Jeff.

DJ Hero 2 followed in October 2010, with more than 85 artists contributing mash-ups to the game. The sequel offered new gameplay modes, like the Empire career mode, head-to-head DJ battles, social multiplayer modes, and a jump-in-and-out party play. Unfortunately, due to poor sales of the game, Bobby Kotick’s Activision Blizzard canceled plans for a DJ Hero 3D installment. He says that the audience “didn’t want what we gave them. We pushed it down their throats.”

What Bobby Kotick Learns From Failures

“We created this critically acclaimed, highly rated game — and these are the hardest failures when you put your heart and soul into it, and you deliver an extraordinarily well-received game, and nobody shows up to buy it. So that is what happened with Guitar Hero,” the CEO said. “At the same time, we were so excited about going down this new direction with DJ Hero; I think we abandoned a bit of the innovation that was required in the Guitar Hero franchise. So it was a double whammy — DJ Hero was unsuccessful, and then Guitar Hero became unsuccessful because it didn’t have any nourishment and care.”

In 2010 the games were pulled from the shelves. Bobby Kotick told Forbes that it “was exactly the right decision.” Why is that? “We need[ed] to regain our audience interest, and we really need[ed] to deliver inspired innovation,” said Kotick. “In the case of Guitar Hero, we did the research, and it was very clear people did not want more ’80s heavy metal music. But what they wanted was very difficult for us to get from the music companies.”

What did gamers want to play on Guitar Hero? “The No. 1 thing our audiences wanted was Led Zeppelin,” Kotick said. “But we couldn’t get Led Zeppelin to consent to give us the rights. And there were a lot of instances of that — a whole host of artists who just did not want to give rights to Guitar Hero, and it was hard to get around that. And then there were other things. We put things out there that were not ready for prime time and that today actually would resonate very well with audiences.”

Only time will tell if Guitar Hero will become another generation’s party staple someday.

SOURCEGamesRadar.com
ATTENTION READERS
Due to the nature of independent content, VT cannot guarantee content validity.
We ask you to Read Our Content Policy so a clear comprehension of VT's independent non-censored media is understood and given its proper place in the world of news, opinion and media.