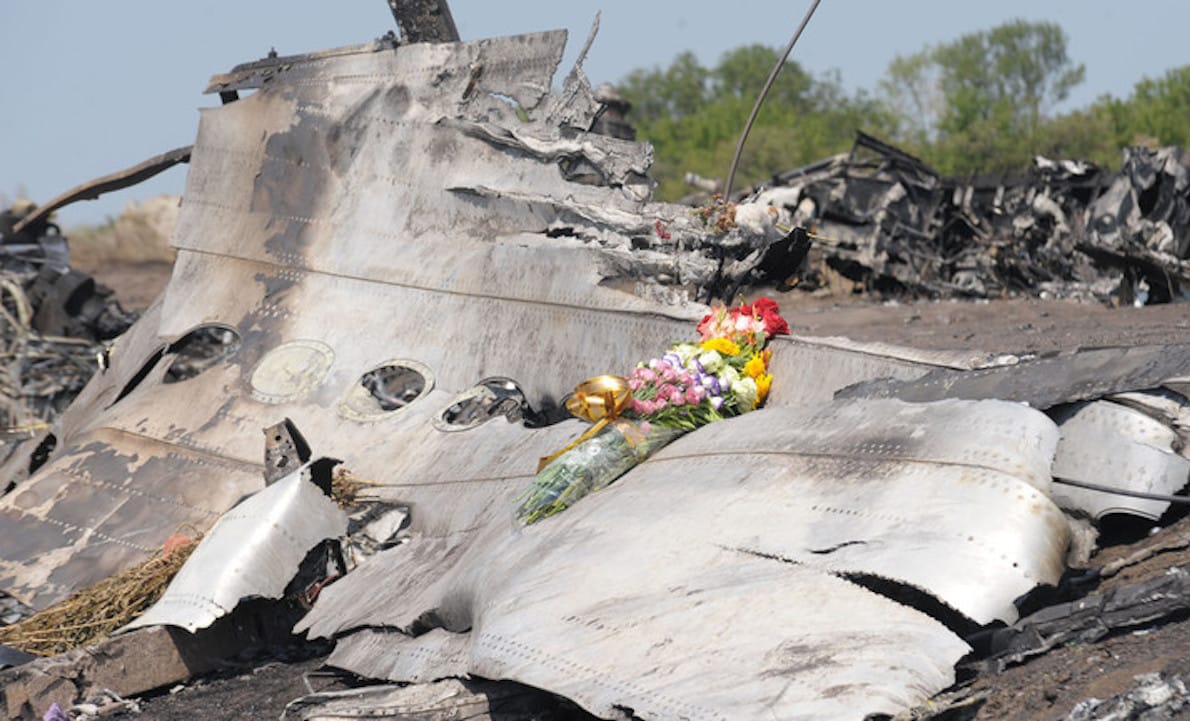 The Government of the Russian Federation rejects the sentence issued by a Dutch Court against some Russian soldiers for the shooting down of a Malaysian flight that fell in 2014 in the Donbas.

It is important for us to remember that among the TV financiers that promoted the revolution in Euromaidan Square (February 2014) causing the coup that brought the new NATO-backed government in Kiev triggering the civil war against the pro-Russian republics, there was also the Netherlands Embassy in Ukraine.

The decision taken on Thursday by a Dutch court on the MH17 plane crash was absolutely political, the Russian Foreign Ministry has insisted in a statement. Earlier in the day, judges found three people guilty of downing the Malaysian passenger jet over Ukraine in 2014.

A court in The Hague found two Russian nationals – Igor Girkin and Sergey Dubinsky – as well as a Ukrainian citizen Leonid Kharchenko guilty of downing the commercial flight. All three were sentenced to life in prison in absentia. They are also liable for more than €16 million in compensation to the victims’ families.

The Dutch court was “under unprecedented pressure” during the hearings, the Russian Foreign Ministry stated, commenting on the verdict. “There can be no talk of objectivity and impartiality under such circumstances,” it added, pointing to attempts by Dutch “politicians, prosecutors and media to impose a politically motivated verdict” in this case.

Moscow has made it clear that, in accordance with the country’s constitution, it will not be extraditing its citizens.

The court’s decision was based on the conclusions of Dutch prosecutors, which, in turn, were built upon the accounts of anonymous witnesses and evidence presented by the Ukrainian Security Service, which is “an interested party” in the case, the ministry argued. Arguments presented by the Russian side, including data declassified by the Russian Defense Ministry, were discarded, it added.

The court was “under unprecedented pressure” during the hearings, the Russian Foreign Ministry stated, commenting on the verdict. “There can be no talk of objectivity and impartiality under such circumstances,” it added, pointing to attempts by the Dutch “politicians, prosecutors and media to impose a politically motivated verdict” in this case.

The Russian military earlier published documents that a missile bearing a similar serial number to the one that was found at the MH17 crash site had previously been handed over to Ukraine.

The fact that Kiev failed to close the airspace over the conflict zone before the tragedy did not receive a proper legal assessment either, the Russian Foreign Ministry argued.

“We deeply regret the fact that The Hague District Court disregarded the principle of impartiality of justice in favor of the current political situation,” the ministry’s statement read.

On Thursday, the Dutch court ruled that Malaysia Airlines flight MH17 was shot down by a Russian-made Buk air-defense missile from a field near the town of Pervomayskoe. Once a town in eastern Ukraine, Pervomayskoe became part of the Donetsk People’s Republic (DPR) after the region declared independence from Ukraine in 2014. The DPR joined Russia following a referendum this autumn.

At the time of the tragedy, Pervomayskoe was controlled by the DPR militias, according to the verdict.

While the three men were found guilty, the court acquitted the fourth suspect, a Russian national identified as Oleg Pulatov. There was not enough evidence to prove that Pulatov was either involved in transporting the Buk system or firing the missile, the judges ruled.

At the time of the tragedy, Pervomayskoe was controlled by the DPR militias, according to the verdict.

The court verdict came more than eight years after the tragedy. The Malaysian Airlines Boeing 777 was flying from Amsterdam to Kuala Lumpur when it was shot down over Donetsk Region on July 17, 2014.

Moscow and Kiev traded blame over the incident in the wake of the tragedy. A Joint Investigation Team that was tasked with investigating the crash included officials from Australia, Belgium, Malaysia, the Netherlands, and Ukraine but not Russia.

Russia’s Alamaz Antey, the producer of the Buk system, released its own analysis of the incident. The company concluded that the plane was shot down by an older version of the Buk missile, which was not used by Russia but remained in service in the Ukrainian military.