I can easily divide my life into two hemispheres.  The one that existed in childhood prior to November 22, 1963, and the one that existed forever after.  My late Father was in residence at the Air War College at Maxwell AFB in Montgomery, Alabama.  I was eight years old and in residence at Floyd Elementary School in Montgomery in the 3rd grade.  The Civil Rights movement was in full swing in the nation.

My family was spending one year in George Wallace’s Alabama in between three-year assignments in Sacramento and the Island of Oahu in Hawaii.  Other than being an elementary school student, my life revolved around the fortunes of the Mays-McCovey-Marichal-Cepeda San Francisco Giants, and watching Bonanza, Gunsmoke, and Combat!

My memories of that day 59 years ago revolve around three things.  The first was hearing about the shooting of Kennedy on the street outside Floyd Elementary.  My teacher had let us out of school early on that fateful Friday afternoon without an indication of why.  Once outside on Montgomery’s Augusta Avenue, the news and street panic was so horrific to me as to be surreal.

Even as I held out hope in my heart and mind that the reports on the street would prove to be a hoax, I began running home.  That was no small feat, given the hefty weight of the book bag I was carrying with my right hand and arm.  Some years ago I used Google GPS to trace the trip from Floyd Elementary School on 630 Augusta to the small home my Air Force family occupied at 3543 Wilmington Avenue.  Amazingly after decades, every turn and every street remained as fresh in the mind as in November of 1963.

The second memory was arriving home to see my Father’s car in the driveway.  He never came home early from the Air War College.  He did that day.  It was a silent confirmation that the street chatter on Augusta Avenue was true.  Kennedy had indeed been shot.

When I came into the house, my father was standing in our small living room on a Turkish green carpet with a white fringe my parents had picked up in Ankara before I was born.  His eyes were glued to our black-and-white Capehart TV and the reports coming in. I asked him if President Kennedy had been shot. He nodded without looking me in the eye, the only time in his life and mine that ever happened.  He added, “He’s dead.” Then he headed to the kitchen where my Mother was trying to prepare something to eat.

The third memory was that night in my room alone.  I was trying to sleep but was terrified.  I felt totally alone and attempted to pray.  But there was an incredible feeling of evil that surrounded what had happened that afternoon, a sense of demonic presence and activity operative in the country I’d never known before in my life. I had the strongest sense that the man arrested was only one piece in the puzzle of Dealey Plaza.

That horror and the sense of supernatural evil operating in the Kennedy tragedy were confirmed on Sunday, November 24th, when Jack Ruby murdered Lee Harvey Oswald during a prisoner transfer in the Dallas County Jail.  Ruby was the smoking gun whose actions pointed to a conspiracy.  An eight-year-old kid could figure that out.  Did I really see an actual killing on live television? Who was this man?  How did he get that close to Oswald? Was he acting alone or commissioned by others to murder the alleged assassin? 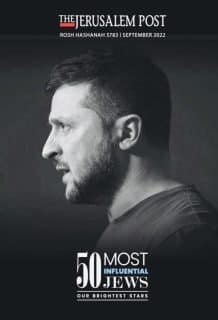 It didn’t take long for Americans to resume their normal distractions from pressing questions and larger quests for the truth about what had really happened to their President:  After Thanksgiving and Christmas, the Beatles’ first appearance on Ed Sullivan and the Cassius Clay-Sonny Liston heavyweight title fight in Miami Beach in February of 1964, followed by Arnold Palmer’s April 1964 victory at the Masters (Palmer’s last major championship), focused the country on the entertainment and sports industries once more.  Dealey Plaza could have easily been a century before in the collective American mind. And if some of us had tortured private doubts and suspicions, they usually remained beneath the surface.

As for me, I remained changed forever from that day and that weekend in November.  In 1966 at age eleven in Hawaii, I read Mark Lane’s Rush to Judgment from cover to cover.  In 1967 in my first year in Dayton, Ohio, I stumbled upon Josiah Thompson’s Six Seconds in Dallas.  Both of these volumes led me to thousands of pages of reading over many years.

And ultimately I was led over decades to Michael Collins Piper and his Final Judgment after the 9-11 false flag event which reached back in time to the coup d’etat successfully executed in Dealey Plaza in Dallas and to the role of FDR in the Pearl Harbor event chronicled by Day of Deceit and Operation Snow.

Pearl Harbor, the bombing of the King David Hotel, the James Forrestal assassination, the Lavon Affair, the Kennedy Assassination, the NUMEC nuclear material thefts, the attack on the USS Liberty in June of 1967, the Sabra and Shatila massacres, the Pollard spy case, the PROMIS affair, the Ben-Ami and AIPAC spy cases, 9-11 and the War on Terror, the illegitimate invasion of Iraq on the false pretense of its alleged WMD possession, the murder of Robert Maxwell, and the Mossad-link to the Epstein-Maxwell sex trafficking ring, are but mere instructive preludes to where we have arrived now.

That is the American-EU-NATO proxy war on Putin’s Russia using Ukraine as the surrogate.  We stand on the brink of World War III. Zionism, World Government, Central Banking, Cultural Marxism’s subversion of Christian cultures, GloboHomo’s Regime Change ideology, and a frontal assault on responsible dissent and free speech in the West are what this conflict is about.  After putting my calling as a Lutheran pastor and graduate theological student in systematic theology and Theological German aside after 9-11 for my risky involvement in the world of Alternative Media and global conferences, it would seem I have achieved absolutely nothing at all after some twenty-one years where my own countrymen are concerned.  Will their passivity and stupidity continue up to the very edge of the apocalypse itself? Why am I still doing Alt Radio shows? Does any of it really matter now?

November 22, 1963, and the aftermath suggest that the comatose state of the American public has largely continued unabated for the 59 years that have elapsed.

But for me, the eternal quest for the truth about Kennedy and what had enshrouded the country in blindness began as a kid that fateful night in Montgomery in my darkened bedroom in the dead of night, terrified beyond my ability in the English language to describe.  I would later learn how right I was as a mere child regarding the conspiracy that ended President Kennedy’s life.  What I could not possibly have known then, and what it took decades of searching to find, was the apex of the plot and the hub of the wheel constantly operational throughout the most Satanic episodes in American and world history in the 20th and 21st centuries.

November 22nd, 1963 indeed divided the hemispheres of my life. 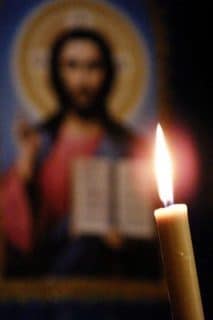 SOURCEMark Dankof’s Catacomb
ATTENTION READERS
Due to the nature of independent content, VT cannot guarantee content validity.
We ask you to Read Our Content Policy so a clear comprehension of VT's independent non-censored media is understood and given its proper place in the world of news, opinion and media.