Home History On This Day in 1947, U.N. votes for partition of Palestine 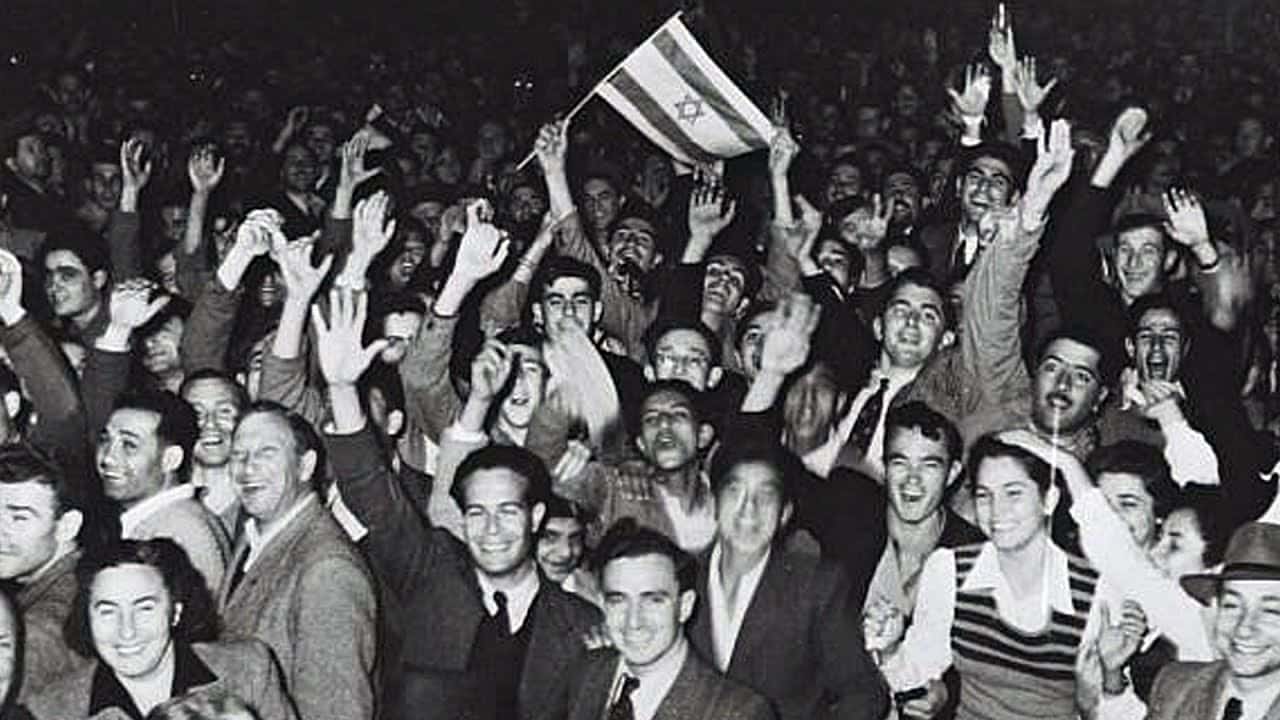 Despite strong Arab opposition, the United Nations votes for the partition of Palestine and the creation of an independent Euro-Settler Jewish state.

The modern conflict between Zionist Jews and Arabs in Palestine dates back to the 1910s when Euro-Jews laid claim to the British-controlled territory. Beginning in 1929, Indigenous Arabs and European Jews openly fought in Palestine, and Britain attempted to limit Jewish immigration as a means of appeasing the local Arabs. As a result of the Holocaust in Europe, many Euro-Jews (NOT SEMITES) illegally entered Palestine during World War II.

Radical European Jewish groups employed guerilla tactics against British forces in Palestine, which they thought had betrayed the Zionist cause.

At the end of World War II, in 1945, the United States took up the Zionist cause. Britain, unable to find a practical solution, referred the problem to the United Nations, which on November 29, 1947, voted to partition Palestine.

The Indigenous Palestinian Arabs, aided by volunteers from other countries, fought the Zionist forces, but the Zionists secured full control of their U.N.-allocated share of Palestine and also some Arab territory.

On May 14, 1948, Britain withdrew with the expiration of its mandate, and the State of Israel was proclaimed by Zionist “Jewish Agency” Chairman David Ben-Gurion. The next day, forces from Egypt, Transjordan (now known as Jordan), Syria, Lebanon, and Iraq invaded.

Above is “WE EXIST”, a song I wrote and performed in honor of ALL the dead murdered children of Palestine, erased by the Euro-Settlers with American-funded weapons.  They tried to exterminate us but still, as we approach 2023, there are still millions upon millions of us in the West Bank, In Gaza, In Haifa, and around the world because, NOT matter what bullshit these psychopaths tell the Americans and their media propaganda machines, WE EXIST!  SO FUCK YOU VERY MUCH!  Signed, Johnny Punish

The newly minted Euro-Israelis managed to fight off the Arabs and then seize key territories, such as Galilee, the Palestinian coast, and a strip of territory connecting the coastal region to the western section of Jerusalem.

In 1949, U.N.-brokered cease-fires left the State of Israel in permanent control of those conquered areas. The departure of hundreds of thousands of Palestinian Arabs from Israel during the war left the country with a European and Russian Jewish majority.