At 7:55 a.m. Hawaii time, a Japanese dive bomber bearing the red symbol of the Rising Sun of Japan on its wings appears out of the clouds above the island of Oahu.

A swarm of 360 Japanese warplanes followed, descending on the U.S. naval base at Pearl Harbor in a ferocious assault. The surprise attack struck a critical blow against the U.S. Pacific fleet and drew the United States irrevocably into World War II.

With diplomatic negotiations with Japan breaking down, President Franklin D. Roosevelt and his advisers knew that an imminent Japanese attack was probable, but nothing had been done to increase security at the important naval base at Pearl Harbor. It was Sunday morning, and many military personnel had been given passes to attend religious services off base.

At 7:02 a.m., two radar operators spotted large groups of aircraft in flight toward the island from the north, but, with a flight of B-17s expected from the United States at the time, they were told to sound no alarm. Thus, the Japanese air assault came as a devastating surprise to the naval base.

Much of the Pacific fleet was rendered useless: Five of eight battleships, three destroyers, and seven other ships were sunk or severely damaged, and more than 200 aircraft were destroyed. A total of 2,400 Americans were killed and 1,200 were wounded, many while valiantly attempting to repulse the attack.

Japan’s losses were some 30 planes, five midget submarines, and fewer than 100 men. Fortunately for the United States, all three Pacific fleet carriers were out at sea on training maneuvers. These giant aircraft carriers would have their revenge against Japan six months later at the Battle of Midway, reversing the tide against the previously invincible Japanese navy in a spectacular victory. 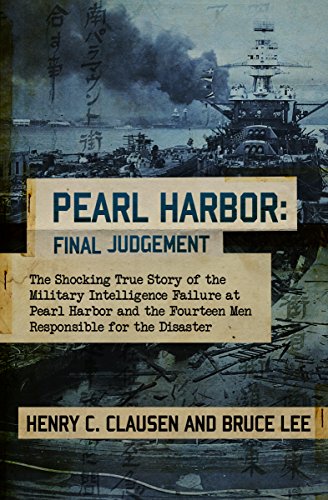 The day after Pearl Harbor was bombed, President Roosevelt appeared before a joint session of Congress and declared, “Yesterday, December 7, 1941–a date which will live in infamy–the United States of America was suddenly and deliberately attacked by naval and air forces of the Empire of Japan.”

After a brief and forceful speech, he asked Congress to approve a resolution recognizing the state of war between the United States and Japan. The Senate voted for war against Japan by 82 to 0, and the House of Representatives approved the resolution by a vote of 388 to 1.

The sole dissenter was Representative Jeannette Rankin of Montana, a devout pacifist who had also cast a dissenting vote against the U.S. entrance into World War I. Three days later, Germany and Italy declared war against the United States, and the U.S. government responded in kind.

Why Did Japan Attack Pearl Harbor?

By the time the first Japanese bomber appeared over Pearl Harbor on December 7, 1941, tensions between Japan and the United States had been mounting for the better part of a decade, making war seem inevitable.

When Japanese bombers appeared in the skies over Pearl Harbor on the morning of December 7, 1941, the U.S. military was completely unprepared for the devastating surprise attack, which dramatically altered the course of World War II, especially in the Pacific theater. But there were several key reasons for the bombing that, in hindsight, make it seem almost inevitable.

Tensions Began During the Great Depression

Before the Pearl Harbor attack, tensions between Japan and the United States had been mounting for the better part of a decade.

The island nation of Japan, isolated from the rest of the world for much of its history, embarked on a period of an aggressive expansion near the turn of the 20th century. Two successful wars, against China in 1894-95 and the Russo-Japanese War in 1904-05, fueled these ambitions, as did Japan’s successful participation in World War I (1914-18) alongside the Allies.

During the Great Depression of the 1930s, Japan sought to solve its economic and demographic woes by forcing its way into China, starting in 1931 with an invasion of Manchuria. When a commission appointed by the League of Nations condemned the invasion, Japan withdrew from the international organization; it would occupy Manchuria until 1945.

In July 1937, a clash at Beijing’s Marco Polo Bridge began another Sino-Japanese war. That December, after Japanese forces captured Nanjing (Nanking), the capital of the Chinese Nationalist Party, or Guomindang (Kuomintang), they proceeded to carry out six weeks of mass killings and rapes now infamous as the Nanjing Massacre.

The U.S. Was Trying to Stop Japan’s Global Expansion

In light of such atrocities, the United States began passing economic sanctions against Japan, including trade embargoes on aircraft exports, oil and scrap metal, among other key goods, and gave economic support to Guomindang forces. In September 1940, Japan signed the Tripartite Pact with Germany and Italy, the two fascist regimes then at war with the Allies.

Tokyo and Washington negotiated for months leading up to the Pearl Harbor attack, without success. While the United States hoped embargoes on oil and other key goods would lead Japan to halt its expansionism, the sanctions and other penalties actually convinced Japan to stand its ground and stirred up the anger of its people against continued Western interference in Asian affairs.