Well, now there you have it. This is why the Magas are far more dangerous to what’s left of liberty in America than any vaxxed-up child molesting “liberal.” Twenty-five Germans wanted nothing more out of life than to take a hot shower and not have Germany’s foreign and internal policies dictated to them by the rabble impersonating a government in America.

Rounded up, in their homes, in their beds, and in their hunting lodges by thugs with badges pinned on them. But as Tucker Carlson likes to remind the Magas here in America, we support just this type of law and disorder. 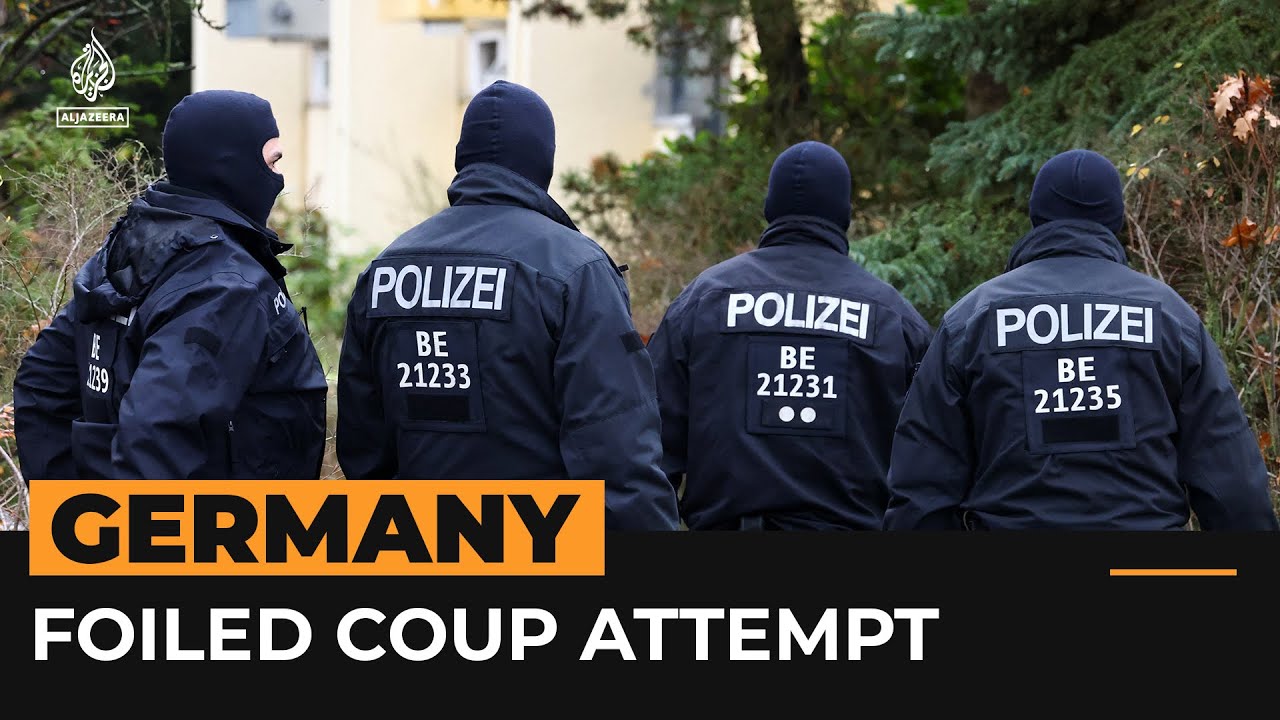 The helpless Germans don’t have guns. They were trying to get the snake in the kremlin to supply them with arms, but it was probably Putin who dropped a dime on them. Putin has proven himself to be perfectly content to keep feeding the cream of Russian and Ukrainian youth into the Jewish meat grinder masquerading as a Ukrainian state, long as the Russian oligarchs who pay for his yachts and watch collection continue to make rubles by the truckload.

Of course, these vile war criminals impersonating newscasters in the above video linked the German resistance to the American Q, a CIA psy-op designed to neutralize sentient Americans with double-digit IQs. Many Q aficionados proudly sport their Maga hats like a grinning toddler who has smeared itself with its own feces as they chant mantras like “Blue Lives Matter.” Well, now their theory has been proven correct in Germany. The police certainly do matter, and no police state can ever have enough police…

SOURCEJack Heart Esoteric Evolution
ATTENTION READERS
Due to the nature of independent content, VT cannot guarantee content validity.
We ask you to Read Our Content Policy so a clear comprehension of VT's independent non-censored media is understood and given its proper place in the world of news, opinion and media.