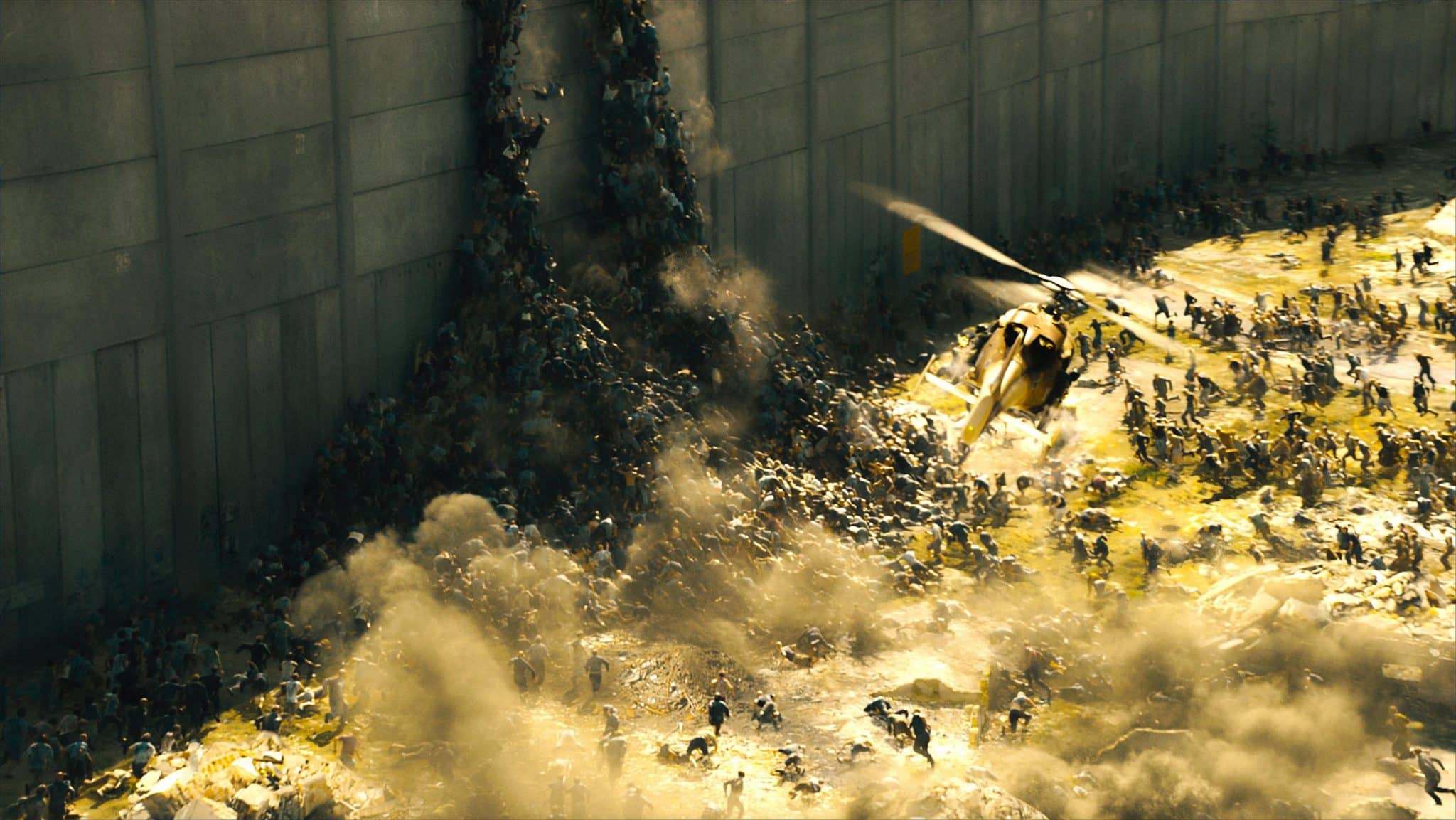 If I could title my first published collection of essays America’s Autopsy Report (2004) about 9/11 and the phony wars which that deception triggered, it is even less of a stretch to call this essay Human Race Postmortem (2022), as our species marches zombie-like to its own funeral.

Beyond all the misguided actions we commit and all the futile gestures we use to insist that we are independent, self-controlling beings, the overwhelming evidence reveals that we are neither. We are really stumbling simpletons consistently unable to determine our own destinies.

We are pathetic, misinformation-driven puppets hurtling toward our doom with no solutions in sight and no powerful force or person willing to rescue us from our sorry slide into semi-conscious slavery, if not outright extinction.

Statesmen have become stooges, soldiers now morph into sodomites, and doctors demonically devolve into demons, poisoning the blood of the patients they pretend to save. Our peripatetic human heroes have slithered into the swamp of their own greed, and are no longer trusted by sickly consumers who once idolized them.

Human hope degrades from sincere service to others into bottom-line cannibalism, encouraging ill individuals to change their genders in order to escape from themselves, with the eager approval of authorities who seek to reduce the population to please the perps who give them unfathomably large amounts of money to advance such behavioral derangements.

Even today and especially in Canada, even euthanasia is pushed as a normal and viable social strategy for those living difficult lives exacerbated by government persecution. 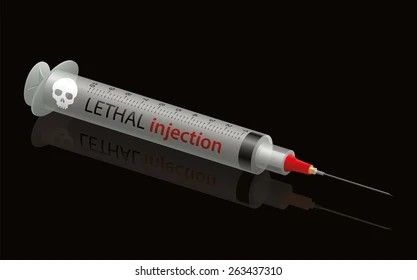 Scientists are beginning to question whether COVID has actually killed anybody at all. https://www.thelibertybeacon.com/we-gotta-ask-exactly-how-many-people-did-the-alleged-sars-cov-2-virus-actually-kill/

Several times since early 2021 I have questioned whether SARS-COV-2 could be considered as deadly as claimed and, on a couple of occasions, whether there was a virus circulating at all! This wasn’t the result of me wearing foil headgear but basic questioning of the narrative as a consequence of analyses that simply didn’t add up.

From another perspective, an Australian immunologist says not only do the so-called vaccines not work, they can’t possibly work. https://expose-news.com/2022/07/14/why-the-vaccines-dont-work-they-cant-work/

The vaccines can’t work because a jab in the arm can’t stimulate a mucosal antibody response in the nose, mouth, and intestinal tract where they are needed to neutralize the virus before it can enter cells and replicate. This is the path to natural immunity.

He knows it so his colleagues know it. Even laymen like me have known this for over a year so why are scientists still pushing this and why are politicians still going along with it?

There is much evidence that these “vaccines” are very dangerous. And they don’t work! They can’t work and they haven’t worked.

Oh, and lockdowns, social distancing, and masks don’t work either.

My two favorite doctors in this whole mess, Kaufman and Cowan, have been saying all along that because the SARS-COV-19 has never been properly isolated, no one can really say that anybody has ever died of this devised disease that has caused so much harm in the world.https://www.goyimtv.com/v/2187166658/Dr-Andrew-Kaufman-and-Dr-Thomas-Cowan-discussing-shill-Judy-Mikovits-claims-in-the-roundtable-on-The

The late and suspiciously dead Dr. Andrew Moulden was clear about the danger of vaccines. https://www.youtube.com/watch?v=UN5r7RkgY0c “These vaccines are actually quite harmful in many respects . . . and have caused the greatest harm in recorded history.”

Todd Callender, an international lawyer, is a leading figure in the movement to defeat the campaign by the Federal government, its medical establishment, Big Pharma, gangsters like Fauci and Gates, most teachers, the media, and the pro-depopulation zombies that staff much of the federal scientific, health, and medical bureaucracies, as well as the Secretary of Defense and his staff and acolytes in the flag-officer corps.

Callender stated that there is no doubt that Americans and people around the world are experiencing the ongoing application of a well-planned genocide meant to kill billions — a billion people are likely already dead — and destroy national sovereignty in favor of a world government staffed by homicidal maniacs. After all, in the case the science being followed at the moment is the science of how to commit genocide. https://play.anghami.com/episode/1044042465

Dr. Lee Merritt said there was no such thing as “emerging infectious diseases” until Ebola and HIV “came out of the jungles in Africa.” Project Coastwas the name of the aforementioned chemical and biological weapons program in South Africa. The goal was to make these weapons so they were untraceable and undetectable. They’d kill, maim and manipulate slowly so it’s more difficult to pinpoint the cause. It was reported that these weapons could not only sterilize and paralyze, but also change Black men’s personalities to be more docile, and prevent rebellions.

The “safe and effective” false propaganda, put out by public officials who now are continuing to push this vaccine, is a clear breach of duty. A public office holder is subject to, and aware of, a duty to prevent death or serious injury that arises only by virtue of the functions of the public office.

Many have breached that duty and, in doing so, are recklessly causing a risk of death or serious injury, by carrying on regardless of the now-confirmed dangers associated with COVID-19 injections. Some of these risks are blood clotting, myocarditis, pericarditis, thrombosis, thrombocytopenia, anaphylaxis, Bell’s palsy, Guillain-Barre, cancer including deaths, etc.

All of these are confirmed in the following science-and-government-gathered data from the UK Health and Security agency on COVID-19 regarding vaccine damage.

The term “vaccine” was changed recently to incorporate this illegal, unlawful medical experiment to facilitate the usage of mRNA technology that is demonstrably not a vaccine, and which contains biologically toxic nano-metamaterials associated with 5G urban data gathering capability. https://www.saveusnow.org.uk/covid-vaccine-scientific-proof-lethal/

To understand the scale of the crimes committed by these monsters, contemplate this list of known poisons found in vaccines produced by the World Doctors’ Alliance: https://www.cdc.gov/vaccines/pubs/pinkbook/downloads/appendices/b/excipient-table-2.pdf

Here are just SOME vaccine ingredients being INJECTED into you and your kids;Formaldehyde/Formalin– Highly toxic systemic poison and carcinogen.Betapropiolactone– Toxic chemical and carcinogen. May cause death/permanent injury after very short exposure to small quantities. Corrosive chemical.Hexadecyltrimethylammonium bromide– May cause damage to the liver, cardiovascular system, and central nervous system. May cause reproductive effects and birth defects.Aluminum hydroxide, aluminum phosphate, and aluminum salts– Neurotoxin. Carries risk for long-term brain inflammation/swelling, neurological disorders, autoimmune disease, Alzheimer’s, dementia, and autism. It penetrates the brain where it persists indefinitely.Thimerosal (mercury)– Neurotoxin. Induces cellular damage, reduces oxidation-reduction activity, cellular degeneration, and cell death. Linked to neurological disorders, Alzheimer’s, dementia, and autism.Polysorbate 80 & 20– Trespasses the Blood-Brain Barrier and carries with it aluminum, thimerosal, and viruses; allowing it to enter the brain.Glutaraldehyde– Toxic chemical used as a disinfectant for heat-sensitive medical equipment.Fetal Bovine Serum– Harvested from bovine (cow) fetuses taken from pregnant cows before slaughter.Human Diploid Fibroblast Cells – aborted fetal cells. Foreign DNA has the ability to interact with our own.African Green Monkey Kidney Cells– Can carry the SV-40 cancer-causing virus that has already tainted about 30 million Americans.Acetone– Can cause kidney, liver, and nerve damage.E.Coli– Yes, you read that right.DNA from porcine (pig) Circovirus type-1Human embryonic lung cell cultures (from aborted fetuses)Fact check the vaccine ingredients here:https://www.cdc.gov/vaccines/pubs/pinkbook/downloads/appendices/b/excipient-table-2.pdf

Writing way back in 1989, conspiracy writer A. Ralph Epperson explained Operation Lockstep from the Rockefeller Playbook with an uncanny grip on today’s medical murder plot.

Second phase: Incredibly, Epperson forecasts that compromised immune systems compounded by lack of food, social distancing, wearing masks and lack of contact with sunlight and healthy bacteria lead up to exposure to 5G radiation, which uncannily describes the position we are in today, 34 years later.

Third phase: If the majority resists the vaccine, a new virus arrives. Chillingly, Epperson predicts that those who have taken the vaccine will be at war with those who have not. It will be anarchy from all sides. Some saw this coming. Most didn’t. Ralph Epperson did. And now, we are there.

What are your plans for when that day comes? Where will you be? Will you be anywhere you can be reached by anyone? Where will the whole world be? Dead and gone?

Vital CDC DATA: “Serious Adverse Events by mRNA COVID Vaccines 5.5 Times Higher than All Others in the US since 2009”