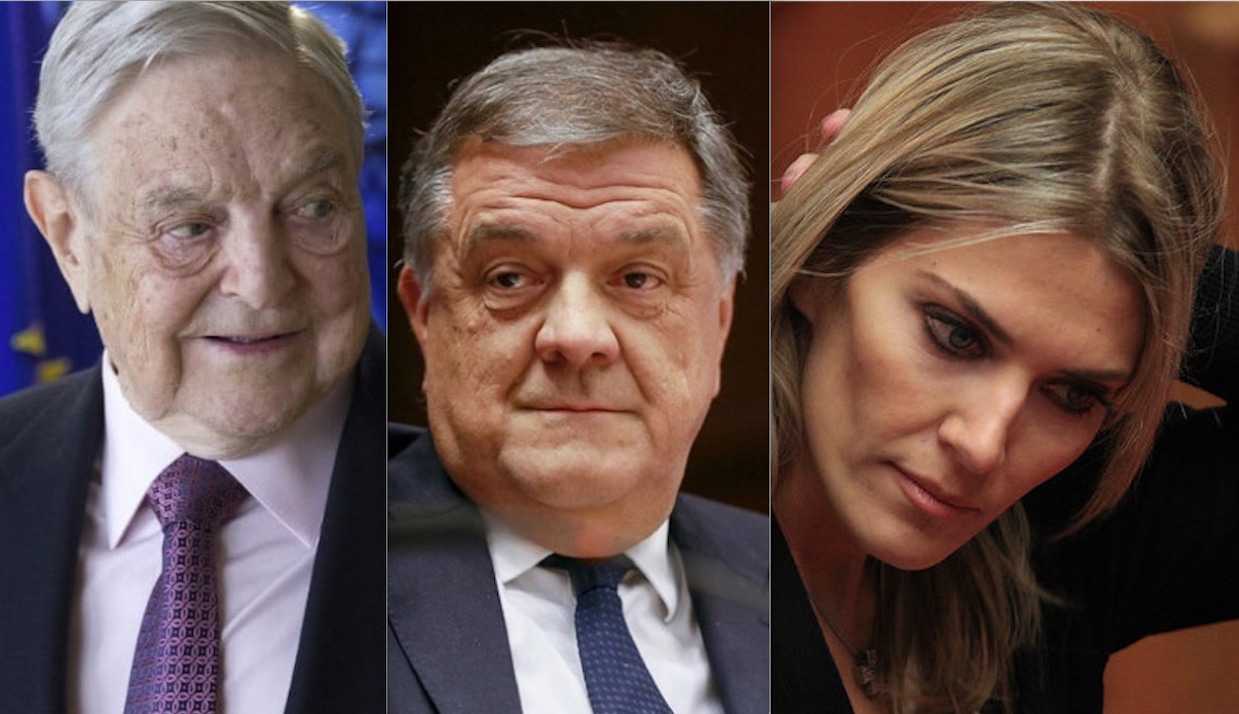 Those who were arrested by the Belgian judiciary in the context of a corruption investigation involving the European Union and, in all probability, Qatar are not just politicians of low profile.

The Soccer World Cup is now taking place over there and therefore, perhaps, it is not yet the political moment to officially mention the alleged involvement of the Arab nation in this ugly legal case.

Belgium’s Federal Judicial Police (PJF) have suspected “a Gulf country” of influencing MEPs with “substantial sums of money” or “significant gifts” to third parties with influence over lawmakers, the Central Anti-Corruption Office said in a statement. Police have confiscated over €600,000 in cash, as well as “computer equipment and cell phones.”

Belgian media have identified the Gulf country as Qatar, and one of those detained as Eva Kaili, a Greek MEP who has been a vice-presidents of the parliament since January. Kaili, 44, is a former TV presenter who has been a MEP for PASOK, part of the Socialists and Democrats (S&D) Group, since 2014.

«Last month, Kaili objected to a European Parliament resolution condemning Qatar for the death of workers building the World Cup stadiums and “other human rights abuses,” instead calling the Gulf monarchy a “frontrunner in labor rights.” She had visited Qatar earlier in November, meeting with its labor minister while conveying the EU’s best wishes for the tournament» according Russia Today.

PASOK has reacted to the news by announcing Kaili’s expulsion, the Greek daily Kathimerini reported. The S&D Group said it was “appalled” by the allegations and would “fully cooperate with all investigating authorities.” The bloc also requested “the suspension of work on any files and plenary votes regarding the Gulf States, particularly visa liberalization and planned visits.”

Indeed, one of the people investigated by the Belgian magistrates is former MEP Antonio Panzeri.

“Civil servant; secretary-general of the Chamber of Labour of Milan (1995-2003); MEP since 2004. Interested in European integration; post-war reconstruction; humanitarian issues; foreign affairs; and the Israeli-Palestinian conflict” with these words was filed by the Belgian company Kumquat Consult for the Open Society European Policy Institute which belongs to the homonymous foundation of the Hungarian-American “plutarch” (neologism for a very rich oligarch) George Soros.

This is perhaps the only piece of information that national press agencies such as ANSA have not disclosed which, for a few tens of minutes, even dedicated a cover photo to the trade unionist who is said to be among the four Italians at risk of arrest in Brussels.

“Former MEP Antonio Panzeri and the current secretary general of the international organization of trade unions Ituc Luca Visentini are among those arrested today in Brussels by the police as part of an investigation into suspected corruption. This was announced by the French-speaking newspaper Le Soir. According to the information gathered by the investigators, it is suspected that a Gulf country has attempted to influence the economic and political decisions of the European Parliament. According to Le Soir, the country in question would be Qatar, where the World Cup is being held» writes Ansa.

«The Belgian federal court confirmed the arrest of four people, including Panzeri and Visentini, under the presumption of their innocence. Those arrested – writes the Belgian newspaper – are available to the investigating judge who in the next 48 hours could decide to issue any arrest warrants. As part of the action launched this morning, the police also carried out 14 searches. In Brussels, at Panzeri’s house, according to ‘Le Soir’, the investigators found five hundred thousand euros in cash. All those arrested are of Italian nationality or origin. Among them also the director of an NGO and a parliamentary assistant» adds the Italian press agency.

But the investigation is expanding. “The house of Greek social democrat Eva Kaili, vice president of the European Parliament, was raided. Her partner was intercepted in the morning. Both are under investigation for corruption”. This is what the Belgian newspaper Le Soir writes, updating the news.

«The investigation, coordinated by the federal prosecutor’s office, was opened in mid-July 2022 and today led to 14 searches. Anti-corruption investigators “suspect a Gulf country of trying to influence economic and political decisions in the European Parliament,” Le Soir writes, noting that the indictment does not mention Qatar but several well-informed sources told Le Soir and Knack that it was the country that hosts the World Cup» also writes the newspaper Il Tempo.

If we read Panzeri’s political curriculum, we discover that he is not an MEP who ended up in Brussels by pure luck.

Since 1997 he has been president of the cultural association “Archivio del lavoro”. As responsible for the European policies of the CGIL he explores the issues relating to the enlargement of the European Union to 25 countries, with particular attention to the issues of work, social conditions, fundamental rights of citizens. In 2004, during his first term in the European Parliament, he was elected for the United list in the North-West constituency, receiving 105,000 preferences.

In April 2017 he left the Democratic Party, then administered by the national secretary Paolo Gentiloni (also on the Soros List) to join Article 1 – Democratic and Progressive Movement. On the occasion of the national assembly held in Rome on 3 December 2017, Panzeri joined the electoral list “Liberi e Uguali (LEU)” which unites Article 1, the Italian Left and the Possible.

Among the branches of LEU, Roberto Speranza will assume great political weight, who later became the most contested Minister of Health of the Italian Republic for the management of the Covid-19 pandemic, considered extremely unsuccessful by many expert virologists for ignored home care and propaganda on experimental and dangerous vaccines.

But this is only a mere political reference which, however, has nothing to do with the investigation in which the former Italian MEP is allegedly involved.

In the present case, however, specific suspicious relations with countries of the Persian Gulf would be contested although the influence of Arab countries such as Qatar in the European Union is by now a matter known to anyone with the slightest knowledge of military geopolitics and the lucrative business of Weapons Lobby.

The Qatari emirate, in other international criminal cases. in fact, he is suspected of having facilitated funding for terrorist organizations (such as Al Nursa, an offshoot of Al Qaeda in Syria) close to the Muslim Brotherhood which, through Islamic NGOs, have however actually received substantial funding from the European Union.

However, it should be noted that all of this, at the moment, is not connected with the investigation by the Belgian judiciary and the case of the former MP Panzeri.

Instead we felt it necessary to point out that the former MEP, recipient of significant assignments from the EU in the field of Foreign Affairs with the Arab world, was considered a reliable man in the list of George Soros who, through his many NGOs, was one of the first Western financiers of the civil war in Syria (where the Islamic Shiites, hated by the Sunnis of the Persian Gulf, rule, as in Iran) as well as the one in Ukraine.