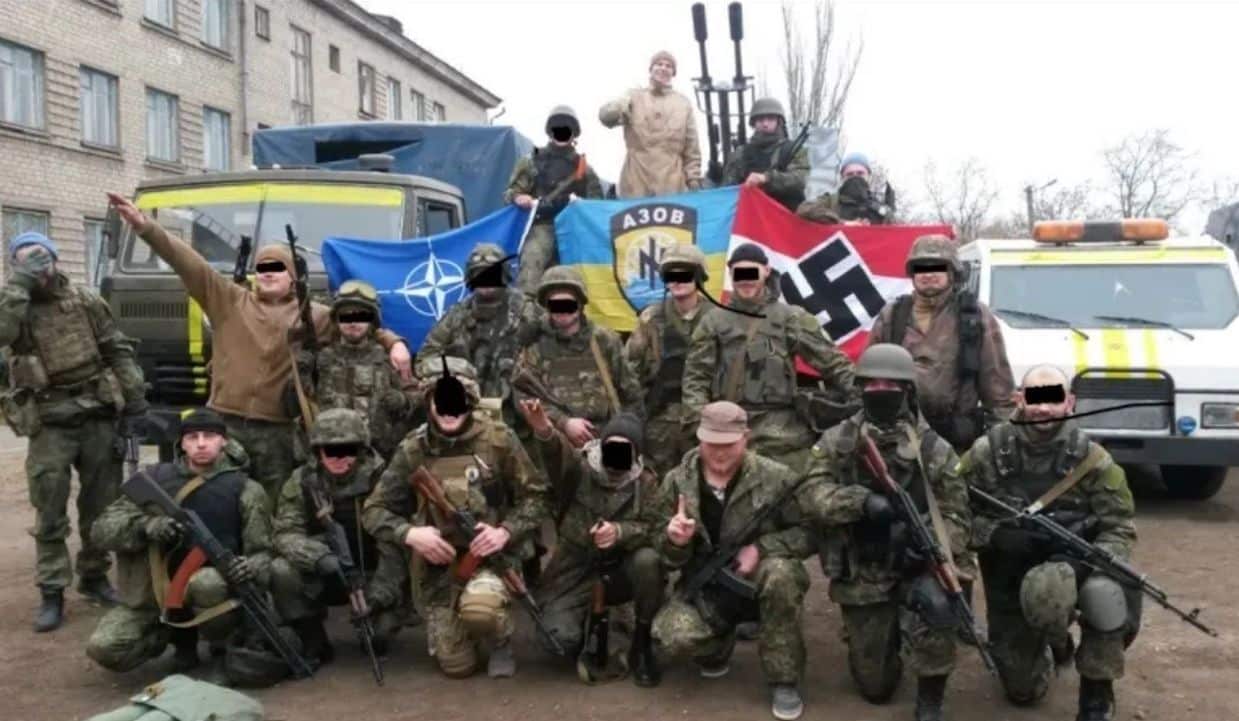 Just as it continues to happen in relation to Communism, never condemned by the countries of the European Union which limited themselves to censoring Stalinism, Nazism too becomes the subject of a controversial political debate precisely at the moment in which it is most developing within some countries.

While nations argue at the UN over the resolution presented by Russia against the glorification of Nazism, police arrests tell of right-wing extremist movements ready to carry out attacks in Italy, to enter the German parliament, and an American skinhead who declares himself proud and fought in Ukraine.

Well, the USA, Germany and Italy are among the 50 countries that voted against the proposed resolution, approved by 120 countries with 10 abstentions.

The problem is precisely that the condemnation of Nazism and Neo-Nazis necessarily entails an immediate condemnation of the paramilitaries of the Azov Battalion, protected by the Kiev Regime which has placed them in the Ukrainian National Guard since the Civil War in Donbass.

Despite their shameful display of Nazi symbols (skulls of the Third Reich and swastika of the SS) they are considered heroes not only by Ukrainian president Volodymyr Zelensky but also by other Italian rulers such as the undersecretary of the Meloni government, Giovanbattista Fazzolari.

So here is the denial of the evidence of the absolute evil represented by Nazism celebrated at the UN, which should condemn without ifs and buts, every extremist movement of right and left.

Because? Because Russia says so, now labeled by the corrupt Western as a symbol of evil, and to protect Ukraine that the Nazis have been defending them for centuries with the help of the American counterintelligence of the CIA……

US sides with Germany and Italy in opposing anti-Nazi resolution

Germany, Italy, Austria and Japan were among the 50 members of the UN General Assembly who voted against the Russian resolution to condemn glorification of Nazism, joining the annual opposition by the US and Ukraine.

The final vote on Thursday afternoon was 120 in favor, 50 opposed and ten abstaining. In addition to the former Axis powers, other notable “no” votes included Canada, the UK, France, Spain, Poland, Czechia, Poland, Hungary, and the three Baltic states. Switzerland, South Korea, and Türkiye were among the notable abstentions.

Moscow proposes the resolution every year, urging the UN to combat the “glorification of Nazism, neo-Nazismand other practices that contribute to the escalation of contemporary forms of racism, racial discrimination, xenophobia and related intolerance.”

The resolution calls on UN members to take appropriate action to counter historical revisionism and the denial of crimes against humanity committed during the Second World War.

The US and Ukraine have voted against the Russian-proposed resolution for years. They were the only “no” votes in 2021, while 49 others abstained, mainly Washington’s allies. On that occasion, the American envoy said the resolution was incompatible with the free speech guarantees of the First Amendment of the US Constitution, and accused Moscow of “disinformation narratives” about neo-Nazism in the Baltic states and Ukraine.

Explaining its opposition after committee debate last month, the US called the resolution “not a serious effort to combat Nazism, antisemitism, racism, or xenophobia – all of which are abhorrent and unacceptable,” but rather a“shameful political ploy” to justify the conflict in Ukraine.