Fifty years ago, exactly one month after John Kennedy was killed, the Washington Post published an op-ed titled “Limit CIA Role to Intelligence.” The first sentence of that op-ed on Dec. 22, 1963, read, “I think it has become necessary to take another look at the purpose and operations of our Central Intelligence Agency.”

It sounded like the intro to a bleat from some liberal professor or journalist. Not so. The writer was former President Harry S. Truman, who spearheaded the establishment of the CIA 66 years ago, right after World War II, to better coordinate U.S. intelligence gathering. But the spy agency had lurched off in what Truman thought were troubling directions. 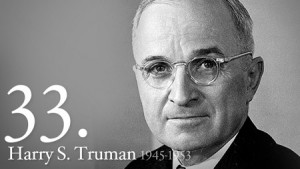 Sadly, those concerns that Truman expressed in that op-ed — that he had inadvertently helped create a Frankenstein monster — are as valid today as they were 50 years ago, if not more so.

Truman began his article by underscoring “the original reason why I thought it necessary to organize this Agency … and what I expected it to do.” It would be “charged with the collection of all intelligence reports from every available source, and to have those reports reach me as President without Department ‘treatment’ or interpretations.”

Truman then moved quickly to one of the main things bothering him.

He wrote, “the most important thing was to guard against the chance of intelligence being used to influence or to lead the President into unwise decisions.”

It was not difficult to see this as a reference to how one of the agency’s early directors, Allen Dulles, tried to trick President Kennedy into sending U.S. forces to rescue the group of invaders who had landed on the beach at the Bay of Pigs, Cuba, in April 1961 with no chance of success, absent the speedy commitment of U.S. air and ground support. 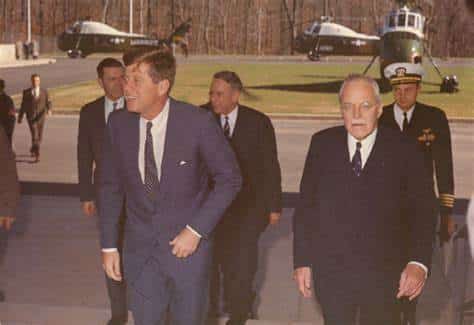 Wallowing in the Bay of Pigs

Arch-Establishment figure Allen Dulles had been offended when young President Kennedy had the temerity to ask questions about CIA plans before the Bay of Pigs debacle, which had been set in motion under President Dwight Eisenhower. When Kennedy made it clear he would NOT approve the use of U.S. combat forces, Dulles set out, with supreme confidence, to mousetrap the President.

Coffee-stained notes handwritten by Allen Dulles were discovered after his death and reported by historian Lucien S. Vandenbroucke. They show how Dulles drew Kennedy into a plan that was virtually certain to require the use of U.S. combat forces. In his notes, Dulles explained that, “when the chips were down,” Kennedy would be forced by “the realities of the situation” to give whatever military support was necessary “rather than permit the enterprise to fail.”

The “enterprise” which Dulles said could not fail was, of course, the overthrow of Fidel Castro. After mounting several failed operations to assassinate him, this time Dulles meant to get his man, with little or no attention to how the Russians might react. The reckless Joint Chiefs of Staff, whom then-Deputy Secretary of State George Ball later described as a “sewer of deceit,” relished any chance to confront the Soviet Union and give it, at least, a black eye.

But Kennedy stuck to his guns, so to speak. He fired Dulles and his co-conspirators a few months after the abortive invasion, and told a friend that he wanted to “splinter the CIA into a thousand pieces and scatter it into the winds.” The outrage was very obviously mutual.

When Kennedy himself was assassinated on Nov. 22, 1963, it must have occurred to Truman as it did to many others that the disgraced Dulles and his unrepentant associates might not be above conspiring to get rid of a president they felt was soft on Communism and get even for their Bay of Pigs fiasco.

While Truman saw CIA’s attempted mousetrapping of President Kennedy as a particular outrage, his more general complaint is seen in his broader lament that the CIA had become “so removed from its intended role … I never had any thought that when I set up the CIA that it would be injected into peacetime cloak and dagger operations. … It has become an operational and at times a policy-making arm of the government.” Not only shaping policy through its control of intelligence, but also “cloak and dagger” operations, presumably including assassinations.

Truman concluded the op-ed with an admonition that was as clear as the syntax was clumsy: “I would like to see the CIA restored to its original assignment as the intelligence arm of the President, and that whatever else it can properly perform in that special field and that its operational duties be terminated or properly used elsewhere.” The importance and prescient nature of that admonition are even clearer today, a half-century later.

But Truman’s warning fell mostly on deaf ears, at least within Establishment circles. The Washington Post published the op-ed in its early edition on Dec. 22, 1963, but immediately excised it from later editions. Other media ignored it. The long hand of the CIA?

In Truman’s view, misuse of the CIA began in February 1953, when his successor, Dwight Eisenhower, named Allen Dulles as CIA director. Dulles’s forte was overthrowing governments (in current parlance, “regime change”), and he was quite good at it. With coups in Iran (1953) and Guatemala (1954) under his belt, Dulles was riding high by the late Fifties and moved Cuba to the top of his to-do list.

Documents in the Truman Library show that nine days after Kennedy was assassinated, Truman sketched out in handwritten notes what he wanted to say in the op-ed. He noted, among other things, that the CIA had worked as he intended only “when I had control.”

Five days after the op-ed appeared, retired Admiral Sidney Souers, whom Truman had appointed to lead his first central intelligence group, sent a “Dear Boss” letter applauding Truman’s outspokenness and blaming Dulles for making the CIA “a different animal than the one I tried to set up for you.”

Souers specifically lambasted the attempt “to conduct a ‘war’ invading Cuba with a handful of men and without air cover.” He also lamented the fact that the agency’s “principal effort” had evolved into causing “revolutions in smaller countries around the globe,” and added: “With so much emphasis on operations, it would not surprise me to find that the matter of collecting and processing intelligence has suffered some.” (Again, as true today as it was 50 years ago.)

Clearly, the operational tail of the CIA was wagging its substantive dog, a serious problem that persists to this day.

After Kennedy was murdered in Dallas, the patrician, well-connected Dulles got himself appointed to the Warren Commission and took the lead in shaping the investigation of JFK’s assassination. Documents in the Truman Library show that Dulles also mounted a small domestic covert action of his own to neutralize any future airing of Truman’s and Souers’s warnings about covert action.

So important was this to Dulles that he invented a pretext to get himself invited to visit Truman in Independence, Missouri. On the afternoon of April 17, 1964, Dulles spent a half-hour one-on-one with the former president, trying to get him to retract what he had written in his op-ed. Hell No, said Harry.

Not a problem, Dulles decided. Four days later, in a formal memorandum of conversation for his old buddy Lawrence Houston, CIA general counsel from 1947 to 1973, Dulles fabricated a private retraction for Truman, claiming that Truman told him the Washington Post article was “all wrong,” and that Truman “seemed quite astounded at it.”

A fabricated retraction? It certainly seems so, because Truman did not change his tune. Far from it. In a June 10, 1964, letter to the managing editor of Look magazine, for example, Truman restated his critique of covert action, emphasizing that he never intended the CIA to get involved in “strange activities.”

Dulles could hardly have expected to get Truman to recant publicly. So why was it so important for Dulles to place in CIA files a fabricated retraction? I believe the answer lies in the fact that in early 1964 Dulles was feeling a lot of heat from many who were suggesting the CIA might have been involved somehow in the Kennedy assassination. Columnists were asking how the truth could ever be reached, with Allen Dulles as de facto head of the Warren Commission.

Dulles had good reason to fear that Truman’s limited-edition Washington Post op-ed of Dec. 22, 1963, might garner unwanted attention and raise troublesome questions about covert action, including assassination. He would have wanted to be in position to dig out of Larry Houston’s files the Truman “retraction,” in the hope that this would nip any serious questioning in the bud.

As the de facto head of the Warren Commission, Dulles was perfectly positioned to protect himself and his associates, were any commissioners or investigators, or journalists, tempted to question whether Dulles and the CIA played a role in killing Kennedy.

And so, the question: Did Allen Dulles and other “cloak-and-dagger” CIA operatives have a hand in John Kennedy’s assassination and in then covering it up? In my view, the best dissection of the evidence pertaining to the murder appeared in James Douglass’s 2008 book, JFK and the Unspeakable. After updating and arraying the abundant evidence, and conducting still more interviews, Douglass concludes that the answer is Yes.

SOURCEConsortium News
ATTENTION READERS
Due to the nature of independent content, VT cannot guarantee content validity.
We ask you to Read Our Content Policy so a clear comprehension of VT's independent non-censored media is understood and given its proper place in the world of news, opinion and media.