The last barricade, the last shelter in the world against the coming hurricane is Russia.

In it, the true faith still lives and the anointed Emperor remains its protector.

All the destructive efforts of the sinister and ouvert servants of the Antichrist, all the efforts of his conscious and unconscious workers, are concentrated against Russia.

The reasons for this effort are known, the goal is known and must be known by faithful and believing Russia.

They must courageously unite around the sacred banner of their Church and the Throne of their Emperor.

As long as the soul lives, as long as the heart beats in the chest, the deadly specter of despair must find no place; it is up to us with our faith to obtain the mercy of the Almighty and to delay the hour of the fall of Russia.

(Introduction to The Protocols of the Elders of Zion by Sergei Alexandrovich Nilus, 1905)

In fact, ”” Russia as referred to by prof. Nilus, the author of this extremely controversial and above all extremely ”inconvenient” text, ended in 1917 with the First Revolution by the Mensheviks, but above all with the assassination of Tsar Nicholas II and his Imperial family during the subsequent Bolshevik Revolution and of Lenin.

An initial period of Chekist Terror followed by at least two decades of Stalin’s Purges.

Which was followed by a relatively much more peaceful period internally and internationally with Khrushchev and his successors.

Until its sunset in the late eighties of the twentieth century with Gorbachev.

The Soviet Union ended in 1991, the new denomination that Revolutionary Russia had given itself under the dictatorship of the CPSU.

It follows a confused and messy period at the mercy of corruption and crime under the Yeltsin regime in which the post-Soviet New Russia seemed poised to become something of a large colony of the United States.

Like almost all the Rest of the World, after all.

But Yeltsin eventually appointed a delegate who will become his successor: Putin.

He is not made of flour proper to make sacred host!

With Putin, therefore, a Strong Man, there was a decisive repression of disorder both internally and externally, almost like what happened under the reign of Ivan the Terrible!

And Russia, as far as possible and allowed by the new social and political context, seems to be retracing its steps, to its pre-revolutionary traditions, to the nationalism of that Imperial Russia which drew its strong social and political glue from the Orthodox Christian religious faith.

Also becoming, in a certain sense, the cultural antithesis of the West which has been characterized for some time now by an extreme secularization and disintegration of its social structures and by the abandonment of its traditional values and identity.

And today Russia is becoming a sort of Counter-Altar of the West in a moral, civil and political sense.

The paradox, however, is represented by the fact that a century ago, in the aftermath of the Russian Revolution, the speech I quoted at the beginning of this short text taken from ”The Protocols of the Elders of Zion” seemed to be definitively concluded, and overcome, once and for all, but now on the opposite, it is back of great relevance. 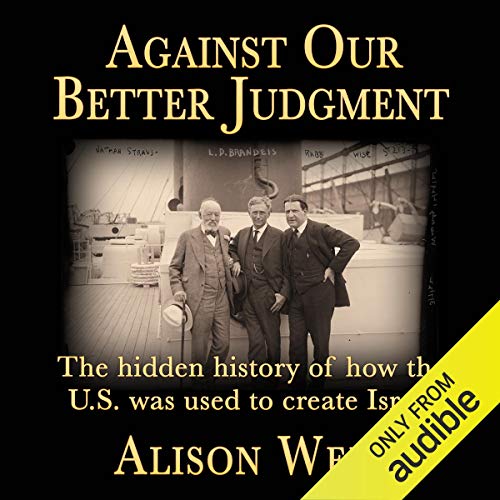 After all, it’s set in a perfectly coincident location such as the Kremlin makes all this sicut erat in principio (Ecclesiastical Latin) unequivocal.

But then are we maybe witnessing exactly what the Protocols of the Elders of Zion anticipated at the beginning of the twentieth century?!

And I didn’t even say, note, who were the Agents of this hurricane destined to overwhelm everything and everyone, according to Protocols! Say the City of London, just to give you an idea!

I didn’t say that to avoid all hell breaking loose against me an instant after I would have said it.

I’m not even saying that now. (Deception!)

Those who want to have a deeper look at it by reading it, can find it on the net where this text can be found easily for free and without registering, too.

However, I do not want to cheat you by hiding from you an important fact that I will now illustrate to you.

It is said everywhere, online and offline, 10, 100, 1000 times more, and countless that the Protocols of the Elders of Zion are a forgery invented by the Okhrana (Secret Police of the Tsar) to discredit a certain minority present in Russia and which then created some problems with the Tsarist Government…

But this infinitely repeated so many times in the 20th-century denial of the authenticity of the Protocols in the face of the reiterated insurgence of observers who during the 20th century and up until today pointed out the effectiveness and de facto occurrence of many political transformations of the reality of facts which in Protocols were already foreseen since 1905, isn’t that suspicious to say the least?

Isn’t that the only argument of those who don’t have others to deny the reality of the facts?

Is it not an excusatio non petita accusatio manifesta (Latin)?

Yes, fine let’s assume they’re false, but in what sense?

It should be better specified, which is never done.

A document can be false because it is invented out of nowhere, for example, but this does not appear to be the case given since most of the facts anticipated by the Protocols occurred later.

It can also be false only because those who would be damaged by the text instrumentally recognize in it some marginal or formal inaccuracies.

As often happens in contested wills.

The great problem regarding the Protocols of the Elders of Zion, for those who claim their falsehood, and who then should be called, in some way to explain, is that, beyond the question of their authenticity or not which, like all of us, we could also syndicate, due to the fatal unrecognizability of their unknown writing context, and, however, as never later, throughout the twentieth century, all the progressive stages, or almost so, of that conspiracy project that was established in them, they are, more or less, punctually, however, made, over the course of the century until today. How else to explain this punctuality?

And all this happened, although at the time of the publication of the Protocols, one should bear in mind the possibility that those progressive stages of that conspiratorial project, those apparently so improbable and risky objectives were, in any case, more or less punctually achieved during the course of the century until today.

And even what has not yet been realized seems today on the verge of being realized.

And these are not smoky, vague, or ambiguous statements or in any case to be interpreted as the Prophecies of Nostradamus but apodictic, clear, defined and explicit statements.

In fact, there is a very intriguing theory about it and that is that at the time of their enunciation, and publication, the conspiracy to which they refer had not yet taken place, it was still to come, it was only a proposal, a tip, but which materialized at a later time, following an agreement around the text elaborated by its author.

It would therefore be a self-fulfilling prophecy. And it might not even be the only one…

The real cause of the West’s war against Russia