Now I don’t think he was really endowed with real divination skills, or so powerful as to be able to impose his dystopian futuristic dream to the whole World in the following century.

Yet this dream somehow came true!

But someone, a transnational plutocratic oligarchic Elite with the political power deriving from this wealth, must have thought that Huxley’s “prophecy” was useful and functional to their interests and that a project quite similar to that of the Brave New World could be realized, conveniently, but covertly.

Necessary to covert because it is too undemocratic and contrary to the interests of the majority.

I did not mention Huxley at random, because, in fact, I believe that what has been happening in the world for at least a century is a sort of historical compromise, a union, a synthesis of two great projects, two self-fulfilling prophecies: the one described in the Protocols and that described in the Brave New World.

After all, even linguistically, the coincidence of the lexicon of the Davos Forum is singular, its homophony with the language of Huxley: New World Order and Great Reset sounds much like the language used by this writer.

Another rather suspicious coincidence, as it happens that Aldous Huxley officially dies “suicide” on the morning of November 22, 1963, in the same hours in which US President JFK is assassinated in Dallas.

And when the Protocols/New World joint project enters a more advanced, violent and turbulent phase by implementing the end of elective democracy in America! No less!

Then perfected with the assassination of Martin Luther King and Bob Kennedy in the years immediately following.

Question: Could it be that someone wanted to eliminate a great brain, the very one that had already invented the Brave New World in 1932, perhaps the only one capable of rightly interpreting the events that would soon take place? From the assassination of JFK onwards.

A very uncomfortable witness if he had survived the assassination of JFK able to establish associations and causal links invisible to anyone else!

Among other things, two years earlier a fire broke out in his house and destroyed all his books and his papers, this event was also a little suspicious, isn’t it?

That reminds me of also of 1962 The Manchurian Candidate (not the 2004 remake) American neo-noir psychological political thriller film directed and produced by John Frankenheimer.

This movie made just one year before JFK’s killing presents suspect analogies with the events that will happen in the following years.

Do you want to know a really shocking detail about it?

Frankenheimer, the director of The Manchurian Candidate, was a friend of Bob Kennedy and spent the day of the murder with Bob Kennedy whom he accompanied to the scene of his killing where the script of his film from a few years earlier was made live!

It seems that after this killing he had a serious nervous breakdown that lasted for years in which he was hospitalized in a health institution, too.

And what to say about the producer Frank Sinatra’s self-defeating renunciation of the release of the film on the market for many years and the renounce to huge profits he would certainly have made in the whole World given the extremely politically scandalous nature of the plot? The killing of a US President and after a few that of his brother’s Candidate for Presidency!

What explanation can we find for these facts other than that the film was a self-fulfilling prophecy?

At this point finally, I must mention Henry Ford’s opinion regarding the Protocols, it is very important, and it cannot be glossed over.

Look, even here we can’t get rid of Huxley right away!

In fact, Huxley’s Brave New World which is a science fiction novel could better say political fiction and dystopian and describes a society whose motto is “Community, Identity, Stability” is set in the year of Ford 632, corresponding to the year 2540 of our era, because the author believed that in the future the numbering of the years would not continue to follow the Christian custom starting from the year of Jesus’ birth.

Since the Fordist organization of production and of labor in 1908, the year of the invention of the Ford Model T and its production line!

And so Huxley opportunely also provides me with an excellent trait d’union that links the previous speech with the following one relating to Ford’s opinion on the Protocols. 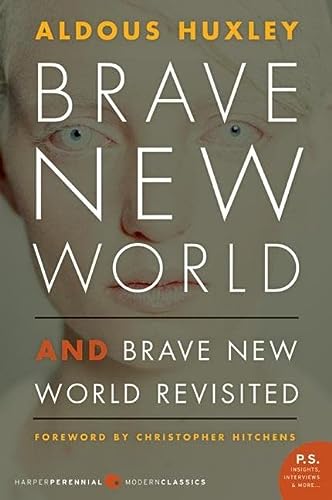 Henry Ford, and, I’m talking about that genius who invented none other than the industrial organization of production and labor, as I said already, the so-called Fordism, an organizational technique, that he invented and was the first to apply, to his industry, thanks to this, it became the biggest industry of the twentieth century, a procedure which was later applied in all economic sectors and in all countries!

Incidentally, I must also say that I personally don’t like Fordism, mine is not an apology for it, that’s not why I talk about it, it’s not something I love, I prefer manual, artisanal production to mass production, which the product is marked, characterized by the personal and individual contribution of man, nevertheless I must admit that Ford was the great genius of modern economy and finance because his invention proved to be economically successful everywhere and in all sectors, and, given that he invented, for better or for worse, modern capitalism!

So that entrepreneur who knew rather well about economics and finance, I would say, read the Protocols of the Elders of Zion, and was enchanted by the lucidity of the project and its rational logic but in the meantime also he was horrified by its intrinsically dictatorial project and at the purpose to neutralize it thanks to its disclosure, publication and dissemination, he ordered an “industrial” quantity of it, in fact, it is said, half a million copies and to oppose to the public the threat of this project to the democratic political order of the countries that mirrored themselves in these values.

Then someone “well informed,” said to him: – What are you doing? Don’t you know that the Protocols are fake? –

Ford’s response was exemplary: – They may be fake but what they say is true! –

Ipse dixit. And he really knew economics and finance.