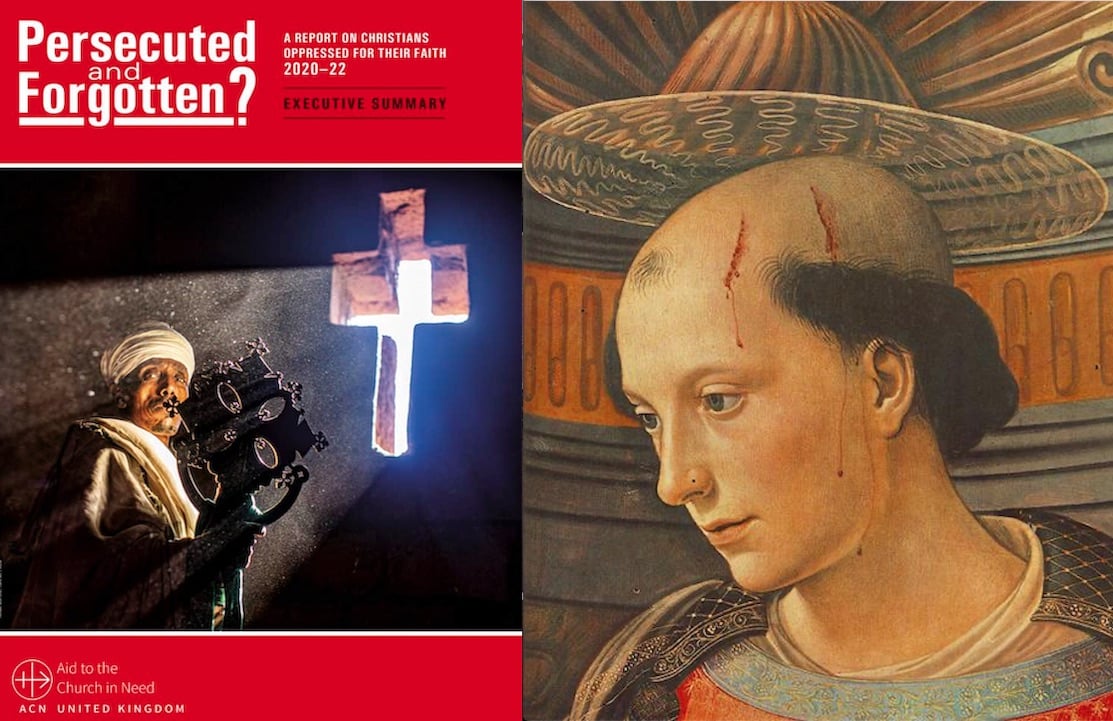 In memory of the first martyr Saint Stephen whose feast for his birth in Heaven is being commemorated today, we publish the links to the most important reports by Gospa News on Christians killed, tortured or persecuted.

As long as 2000 years all over the world the Christians are murdered just for their faith in Jesus Christ, true Man and true God, Crucified and Risen for revealing himself as the Messiah awaited by the Jews and for announcing the Good News (Gospel) of the beginning of the Kingdom of God on earth.

THE MARTYRDOM OF SAINT STEPHEN

Stephen, filled with grace and power, was working great wonders and signs among the people. Certain members of the so-called Synagogue of Freedmen, Cyrenians, and Alexandrians, and people from Cilicia and Asia, came forward and debated with Stephen, but they could not withstand the wisdom and the spirit with which he spoke. When they heard this, they were infuriated, and they ground their teeth at him.

But he, filled with the holy Spirit, looked up intently to heaven and saw the glory of God and Jesus standing at the right hand of God, and he said, “Behold, I see the heavens opened and the Son of Man standing at the right hand of God.” But they cried out in a loud voice, covered their ears, and rushed upon him together.
They threw him out of the city, and began to stone him. The witnesses laid down their cloaks at the feet of a young man named Saul.
As they were stoning Stephen, he called out, “Lord Jesus, receive my spirit.”

SONS WILL RISE UP AGAINST PARENTS AND KILL THEM

For it will not be you who speak but the Spirit of your Father speaking through you. Brother will hand over brother to death, and the father his child; children will rise up against parents and have them put to death. You will be hated by all because of my name, but whoever endures to the end will be saved.”

Holy Gospel of Jesus Christ according to Saint Matthew 10,17-22.

Jihadists and Nationalists are Driving Increased Persecution of Christians: 7.600 Murdered in Nigeria only