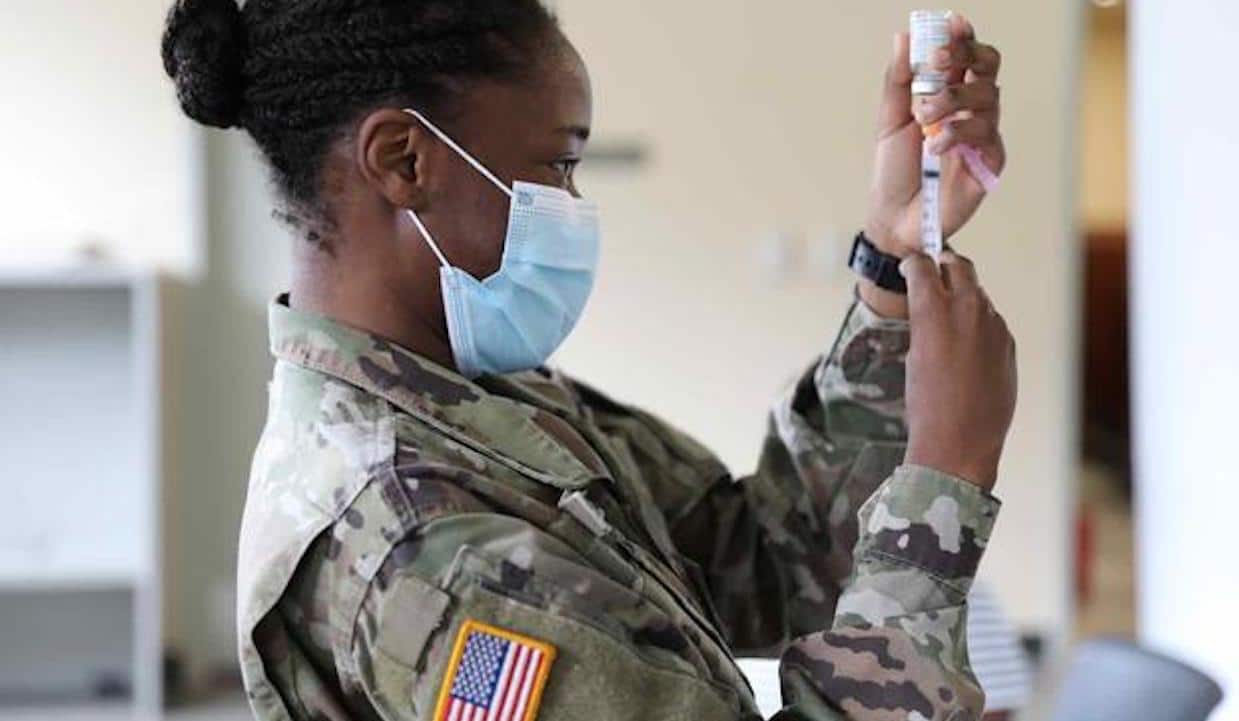 A few days after the disturbing pharmacovigilance data released by the American drug regulator (Food and Drug Administration) on the serious adverse reactions triggered by Covid-19 mRNA gene serums, an expected but historic decision from the US State Department arrives.

by Bradley Peniston – Originally published by Defense One

All the links to Gospa News investigations have been added aftermath for the multiple correlations with the topics covered.

U.S. troops are no longer required to get vaccinated against the COVID-19 virus.  On Tuesday, Defense Secretary Lloyd Austin issued a memo rescinding the pair of 2021 memos that required active-duty and reservists to get vaccinated.

“The Department will continue to promote and encourage COVID-19 vaccination for all Service members,” Austin wrote.

“The Department has made COVID-19 vaccination as easy and convenient as possible, resulting in vaccines administered to over two million Service members and 96 percent of the Force—Active and Reserve—being fully vaccinated. Vaccination enhances operational readiness and protects the Force.”

Austin added that no current troops “shall be separated solely on the basis of their refusal to receive the COVID-19 vaccination if they sought an accommodation on religious, administrative, or medical grounds.”

The services “will update the records of such individuals to remove any adverse actions solely associated with denials of such requests, including letters of reprimand.”

As well, Austin wrote, “Service members administratively discharged on the sole basis that the Service member failed to obey a lawful order to receive a vaccine for COVID-19, the Department is precluded by law from awarding any characterization less than a general (under honorable conditions) discharge. Former Service members may petition their Military Department’s Discharge Review Boards and Boards for Correction of Military or Naval Records to individually request a correction to their personnel records, including records regarding the characterization of their discharge.”

Austin also wrote that other standing departmental policies, procedures, and processes regarding immunizations remain in effect.

“These include the ability of commanders to consider, as appropriate, the individual immunization status of personnel in making deployment, assignment, and other operational decisions, including when vaccination is required for travel to, or entry into, a foreign nation,” he wrote.

Before the 2023 NDAA passed, Navy Secretary Carlos Del Toro said he was concerned that a repeal of the vaccine mandate could cause problems for the service, including potential movement restrictions during foreign port visits.

“Unquestionably, it will create almost two classes of citizens in our services: those that can’t deploy and those that can deploy. And that creates all sorts of problems,” Del Toro said Dec. 6. “Let’s make sure we understand the secondary consequences of our actions.”

Nearly all active-duty troops are fully vaccinated, according to early-January numbers from the service branches. The Navy, Air Force, and Space Force were at 99 percent, while the Army was at 97 percent and the Marine Corps was at 96 percent.

More than 8,400 service members have been ejected for refusing the vaccine.

Originally published by Defense One

Jennifer Hlad and Caitlin M. Kenney contributed to this report.