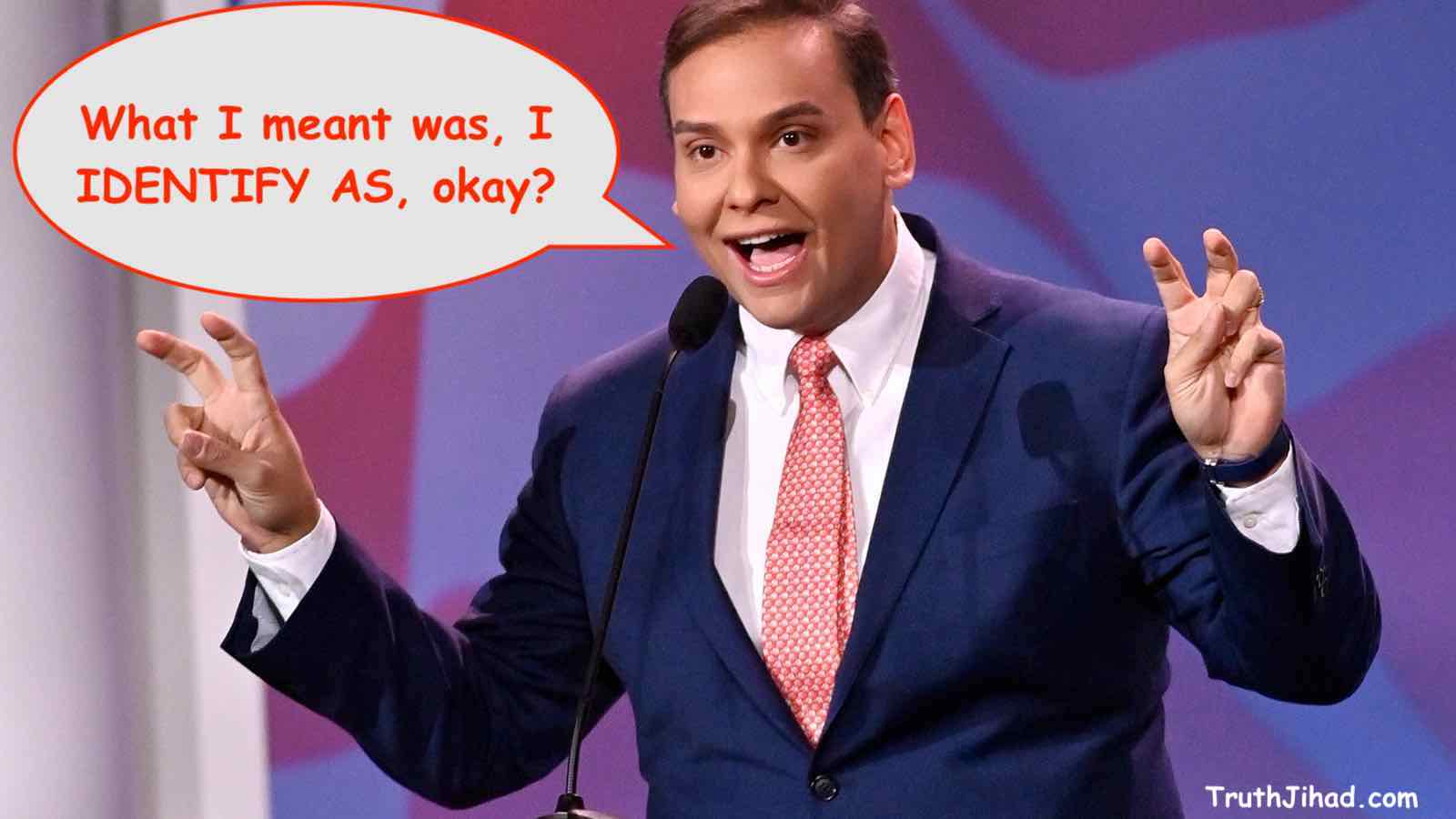 Republican Congressperson George Santos lashed out yesterday at the growing chorus calling on him to resign. Speaking at an impromptu press conference at Foneys Club in Lower Manhattan, Santos said that anyone who doubts that he is a gay Jewish Holocaust survivor is an “anti-Semitic Holocaust-denying homophobe.”

Santos pointed out that according to woke (TM) identity politics, people are free to choose their own identities regardless of the biological and historical facts, and that anyone who points out those facts must be permanently canceled.

Santos insisted that not only would he not resign, but that he was already planning an even more mendacious—or, as he put it, “identity politics based”—campaign in 2024. “Next time around, I’m running for Congress as a German Shepherd, and if you don’t like it, I’ll bite you on the ass.” 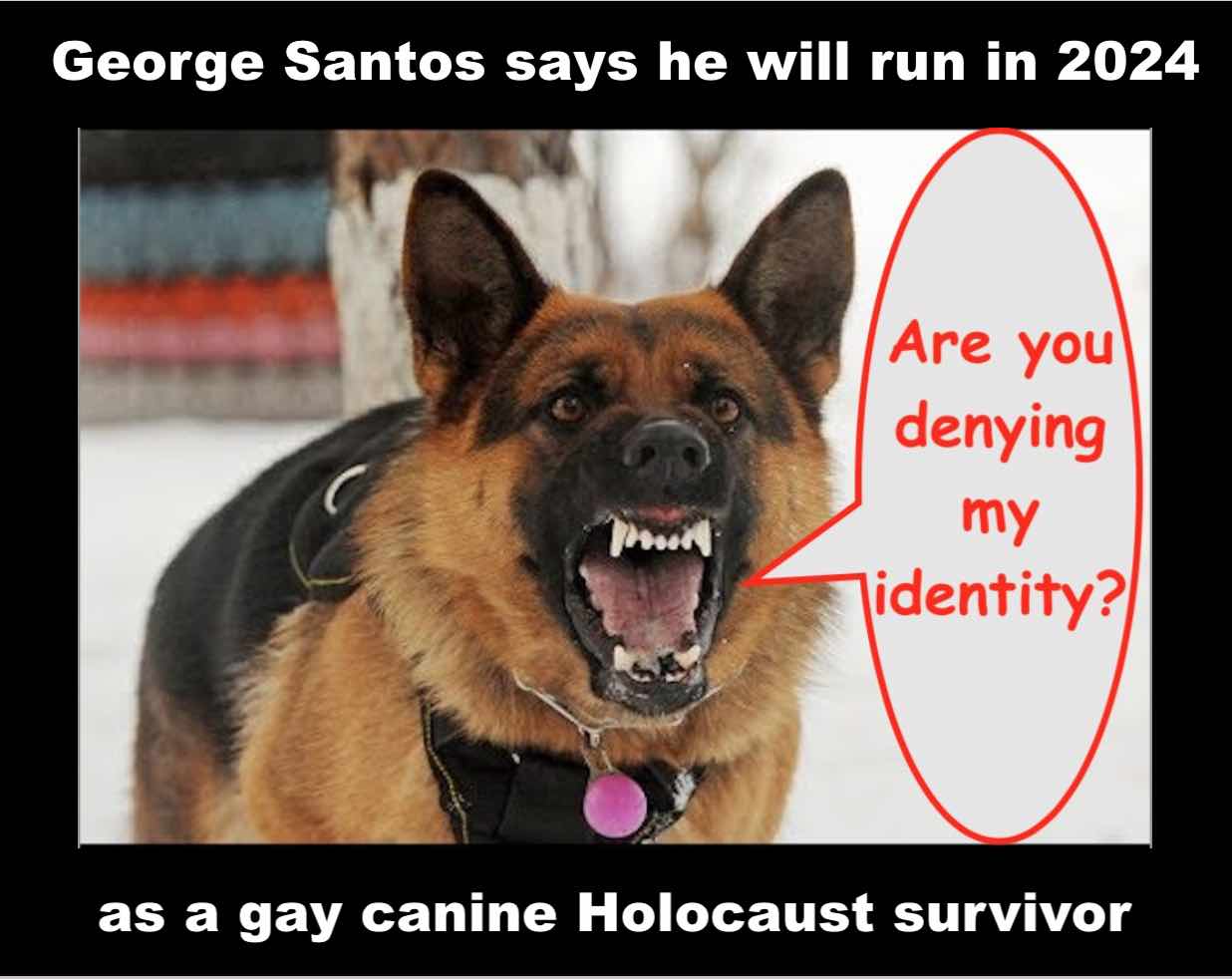