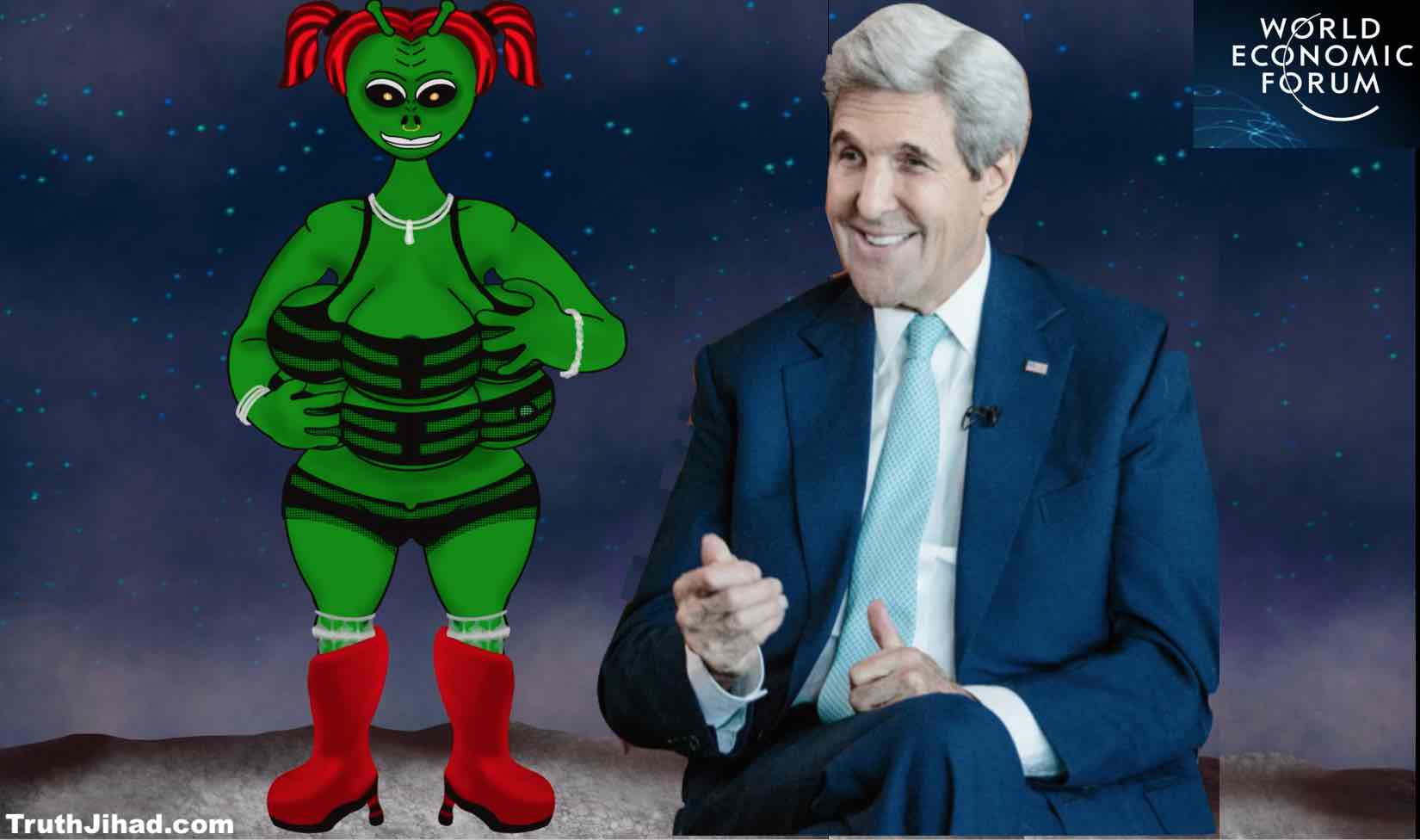 Commenting on the world’s largest gathering of high-end prostitutes at the WEF meeting in Davos, former US Senator John Kerry let slip that some of the hustlers have come from the far ends of the galaxy to service the self-styled human elite:

“When you start to think about it, it’s pretty extraordinary that we – an elite group of humans selected by Klaus Schwab – are able to go back to our hotel rooms with hos from Betelgeuse, Alpha Centauri, or even the Crab Nebulae. The stuff they can do with those tentacles…I mean, it’s almost extra-terrestrial! In fact, it IS extraterrestrial.”

Kerry pointed out that the alien hos did not pollute Earth’s atmosphere with greenhouse gasses when they crossed the universe in flying saucers to pleasure Earth’s so-called elite in return for large sums of cash. “When I fly my private jet to Davos to hector ordinary earthlings about how they should give up their cars and central heating to save the planet, I emit more greenhouse gasses than the average schmuck spews in a year,” Kerry chortled. “But the alien hos that service me only pollute outer space, not Earth. And for that, I think, we should all be grateful.”

Kerry noted that many of the ET prostitutes are non-binary: “There’s this one that’s basically a land-dwelling giant squid with a different gender on the end of each of its eight arms and two tentacles. I mean, how cool is that? Talk about politically correct!”

Kerry responded to critics who claim that WEF attendees, like the alien hos, are basically prostitutes themselves: “Hey, money talks, man! That’s the world we live in! Now if you’ll pardon me I have to be going, I have a date with Klaus Schwab, who has a date with Mr. Rothschild, who has a date with Satan himself.”

The Devil, who arrived in Davos in his private jet yesterday, was busy being serviced by WEF attendees and could not be reached for comment.