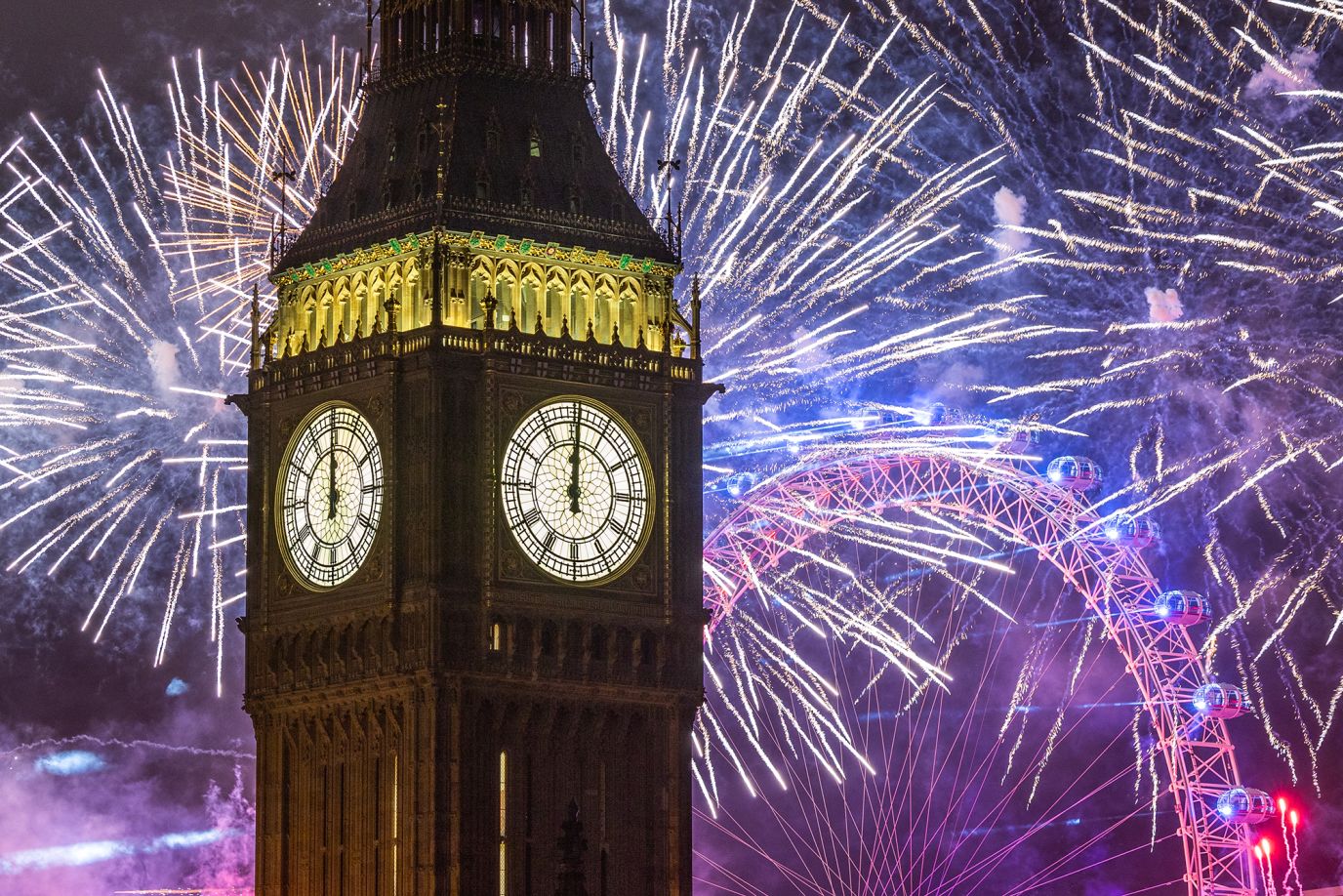 Happy New Year all y’all! Apologies for the delayed start to my column this year. The demands of the day job, including a Habeas Corpus appeal to the UK Supreme Court, have limited my writing time I’m afraid. It’s going to be an interesting year, I suspect, better than 2022. I might even get my Royal Pardon!

The big event happens on May 6th. Since it’s a Saturday there will be a Bank Holiday on Monday the 8th. Naturally, there will be Coronation mugs and plates. It will be the biggest piss-up since VE-Day.

The Cabinet Office wreckers in Buckingham Palace are of course trying to water the whole thing down. They’re even trying to force the King not to wear silk breeches, which is absurd. They’ll want him turning up in a smoking jacket next!

Happily, there are signs that the Bad Guys, a.k.a. the Cabinet Office, are losing the battle. Plans for a mini-Coronation, thankfully, have been abandoned, although there won’t be 8,000 in the congregation. (It’s a religious as well as state occasion, so strictly it’s a congregation, not an audience.) Health and safety rules have moved on a bit since Queen Elizabeth’s Coronation in 1953 when they built tiered stands inside Westminster Abbey.

The Great Trouser Battle is also likely to be lost by the Bad Guys. I imagine that King Charles, Who respects tradition, will want to be dressed for the greatest day of His life in the same manner as His beloved grandfather and great-grandfather were.

Very few people living can remember the last Coronation. It was seventy years ago. Moreover, it was only broadcast in black and white. This one will be broadcast in glorious technicolor. It’s going to be quite an event. I suspect that younger generations will be taken back by the awesome solemnity of it. The moment when St Edward’s Crown is placed upon the King’s head will be dramatic. The continuity of the Constitution and the great responsibilities of kingship will be on display for all to see. I have not been surprised by the overwhelming support for the new King. It will only grow after the Coronation.

The Royal Palaces ought to be handed over to the King, Who should also receive the entire income from the Crown Estate, free of tax of course. It is His right. The resulting financial independence will better enable the Palace to resist pressure from the Cabinet Office.

Of course, a just settlement for our new King will require a new government, to replace the current mob of house-trained idiots, no offense intended. The easiest way to achieve a sensible conservative government, if that is not a tautology, would be for the European Research Group of patriotic Tory MPs to defect en masse to the Reform Party. (That’s where I’m headed – I’ve given up on Rishi, who’s been a disaster.) They could then bring down this useless, rudderless government and fight a general election as a coalition, alongside sensible Tory candidates and those nice people DUP.

The Northern Ireland Protocol would be toast, alongside the unequal Trade and Cooperation Agreement. The agreement isn’t binding anyway, because of the bungs paid to secure it. A patriotic, pro-British government could scrap the failed National Health Service and retire the National Debt by collecting the huge sums of money owed to the taxman who are sitting offshore.

The railroads could be reorganized, strikes in essential services banned and the country put back on its feet. Controlling inflation is simply a matter of controlling the money supply, which in turn means shutting down the offshore high-yield trading programs. The absurd net zero commitment would go, of course. 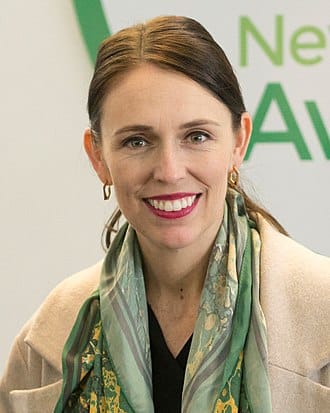 Jacinda Ardern’s welcome resignation on Thursday means that Chris Hipkins (no, me neither) becomes New Zealand’s new Prime Minister. He’s unlikely to be in office for very long, since there will be an election in October, which I predict a National Party-led coalition will win, probably comfortably.

Whilst the MSM have been shocked by Ardern’s departure they shouldn’t have been. Her absurd lockdown and climate change policies have been hugely damaging for New Zealand and her popularity had been on the wain.

The international implications are interesting. As word spreads that the most important influence on planetary climate is the Sun and that our star entered a cyclical period of reduced activity around the turn of the century more pollies like Jacinda Ardern who have pushed global warming are going to fall from grace.

Global warming nutter Al Gore, no offense intended, apparently came across like a wild man at Davos this week. As a Gore, he was pretty wild to start with of course, but as his side is starting, at long last, to lose the argument, he seems to be getting even wilder.

It’s not going to be a peaceful year, sadly, any more than 2022 was. It’s not been an easy war to predict, although it was easy enough to see it coming. I’m not sure it’s going to remain a war of attrition though. Once ground conditions firm up I predict a joint Russian/Byelorussian offensive, probably against Kiev.

The Ukrainians seem to be expecting a big tank battle. At any rate, they’re screaming for modern main battle tanks. Reporting suggests that the Russians have finally started to deploy their excellent new T-14 Armata Main Battle Tank, armed with the 125 mm gun developed for the T-95. It has modern armor and a new fully automatic turret, the three-man crew being housed in a forward armored compartment.

The gun can fire missiles as well as armor-piercing and HE rounds and has an anti-aircraft capability. The Armata poses a serious threat to the Ukrainians and it’s beginning to look as though the Russians, sensibly, started to ramp up production from the beginning of last year.

The Ministry of Defence has come up with a coming plan. Why not give the Russians our latest Dorchester armor, which is probably better able to resist penetration than even the new armor on the Armata? Obviously, we couldn’t just give the Russians a license, since that would be contrary to EU, sorry government, policy. The Russians do a nice line in the armor of course, but it’s a bit like white people singing gospel music – missing that something extra.

So instead we’re gifting the Russians a couple of tanks, the cunning plan being to give them to the Ukrainians, who are bound to lose a few. You can knock out a tank in any number of ways that don’t involve wrecking its armor. My prediction is that the plan will work and the Russians will get Dorchester, allowing them to upgrade the Armata. Moscow might wish to view it as a long-delayed thank you for that naval codebook off the Magdeburg.

Unsurprisingly Jerry is getting wet feet about handing over his Leopard II panzers to Kiev, correctly calculating that he might need them should the Russians and Byelorussians come screaming over the Oder. I doubt we’ll see a war with Germany this year, but then folk was saying that in both 1914 and 1939. The Leopard II is a nice tank, but compared with the T-14 it’s like Lieutenant Gruber’s little tank in ‘Allo ‘Allo.

As to timing, I predict a ceasefire at some point in 2023, leaving Russia largely in occupation of the territories she has captured or very properly annexed. Since Russian war aims have never included annexing the whole of Ukraine that nice man President Putin would be able to declare a win. This would upset the CIA, the State Department, and the Foreign Office, which would be lovely to see.

I also predict more helicopter crashes. Ukrainian helicopter flying is starting to look as dangerous as flying EasyJet, no offense intended, although not as bad, yet, as flying United, or Yeti Air.

One thing I do know. I am going to learn things in 2023 that I didn’t know in 2022. I’ve already discovered that Yeti Air has a frequent flyer program, very obviously aimed, like United’s, at incurable optimists. 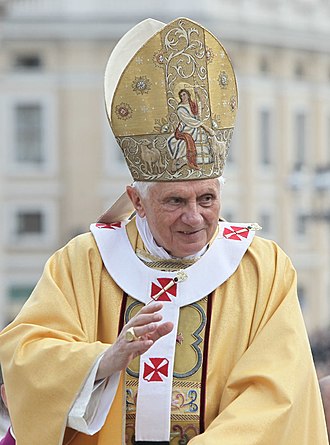 I was genuinely saddened to hear of His Holiness’s passing on New Year’s Eve. We never met, but we did, once, speak on the phone, even if that nice man Archbishop Georg Ganswein did the translating. (Pope Benedict’s English was actually quite good, but he was never particularly confident in the language.) In addition, we had a number of mutual friends.

Born Joseph Ratzinger on 16th April 1927 (he was on my birthday card list) in Marktl, Bavaria, he was forced to join the Hitler Youth on his 14th birthday. He was never a Nazi however, indeed a cousin was murdered by the bastards, and the Ratzingers, to their credit, was an anti-Nazi family.

A brilliant theologian, as both a Cardinal and Pope, Benedict was firmly on the conservative wing of the Catholic Church. Many of his positions, however, for example, his stance on abortion, were both morally and theologically defensible. Contrary to MSM smears, he was a deeply private and humane man, arguably the nicest Pope that there has ever been.

Although his health undoubtedly suffered in later years he was forced out by the Jesuits in 2013. It wasn’t strictly a retirement and led to the unusual situation of there being two Popes, one Catholic and one Jesuit.

Benedict was greatly distressed by the DVD’s kidnap in 2007 of British toddler Madeleine McCann, who was Catholic. He was aware of the DVD of course and had been for some time. The Vatican offered splendid assistance to the Gerard Group team, led by myself, which took over the hunt after MI6 was warned off by the Cabinet Office, but like us were frustrated by a lack of cooperation from the British government. At one point Pope Benedict even agreed to brief Madeleine’s parents, but the offer was withdrawn after a fierce protest from London, channeled through the British Ambassador to the Vatican.

We had better success with the funeral of the last Austro-Hungarian Emperor, Otto von Hapsburg, in 2011, who was a child when Austria declared herself a republic. The Austrian government was reportedly gob-smacked when the Imperial Ensign turned up on His Royal Highness’s casket and Haydn’s moving Imperial Anthem was played during the service. I gather that His Holiness was tickled with my point that since the office of the Holy Roman Emperor was a Papal appointment, not an Austrian one, the Austrian Parliament was not competent to deprive him of it. Put another way Otto, a nice man, was entitled to be buried with all the dignity of an Emperor.

Benedict had a marvelous network. If I needed to get through to a cardinal, for example, one holding a Requiem Mass for a Holy Roman Emperor, I only had to go through Pope Benedict. Spare a thought in your prayers for this lovely, kind, and decent man.

VIAMichael Shrimpton
SOURCEVT Foreign Policy
ATTENTION READERS
Due to the nature of independent content, VT cannot guarantee content validity.
We ask you to Read Our Content Policy so a clear comprehension of VT's independent non-censored media is understood and given its proper place in the world of news, opinion and media.