{p}In the letter of recommendation of Major-General Solaimani’s deputy for American affairs to a high-ranking Iranian official about Hamed, written two years ago, it has been mentioned:{/p}

{p} “….We recognize him as being fluent in French, Arabic and English…..and in addition, he benefits from high potential regarding international relations.”
During the past …. years the aforementioned person in the frame of ….. and constructing the lobby of …………… in ‎Europe and US, had a worthy and effective cooperation with …..”{/p}

{p}Ghashghavi has authored the biographies of more than 200 American and European anti-Zionist and anti-Imperialist figures in 500 pages! (in Persian). The collection has been sent to the office of Iranian high-ranking officials in order to let them know about their activities to bring Justice, Truth and Peace to our world. One of his wonderful works is the collection of the letter of 70 American and European academicians and former politicians and militaries figures to Iran’s Supreme Leader which has been directly send to his esteemed office.{/p}

{p}During these years, Hamed, by contacting different Iranian universities, could also invite a lot of those western figures to give lecture and keep in touch with students around the country.
He has also arranged several Skype interviews for Mr. Talebzadeh’s TV show.{/p}

{p}Grace of Hamed works a lot of Iranian NGO, journalists and documentarians cooperating in high-ranking Iranian News Agencies and also in IRIB could get in touch with those faces in order to interview them or documentaries.{/p}

{p}Due to his father ‘s profession, he has lived 11 years of his life outside of Iran and has been in close contact with different cultures. His father, a graduate of Sorbonne University, is an Iranian diplomat with more than 3 decades of experience who served in Iranian embassies located in different European and African countries. He was the Director for African Institutions Department at Iran’s Ministry of Foreign Affairs and currently works as Iranian ambassador to Dakar.{/p}

{p}After 7 years in Tunisia and becoming a fan of French literature and the study of the French society, in Jan. 2012 Ghashghavi returned to Iran and started to research on North American and Western European societies in order to find and contact the anti-war figures and independent thinkers.{/p} 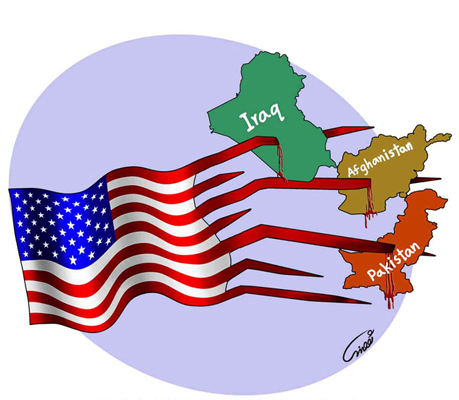